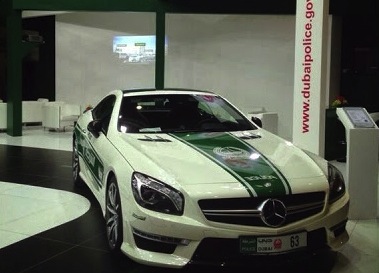 The Dubai police force has done it again, with a spanking new set of high-end and super-fast sports cars. This time the force has assigned the services of a Mercedes-Benz SL 63 AMG, an Audi R8, and a Nissan GT-R.

The new cars join other stunners such as a Lamborghini Aventador, BMW M6 Gran Coupe, Ferrari FF, and even a Bugatti Veyron to create one spectacular law enforcement fleet.

As previously reported, the Dubai police has said the cars aren’t necessarily assigned because of their high-speed capabilities, instead, they have openly said it is mostly to celebrate the wealth of the region; to show off, basically.

With the presence of these cars around, we’re sure a few would-be criminals will think again before even attempting to run from the law.