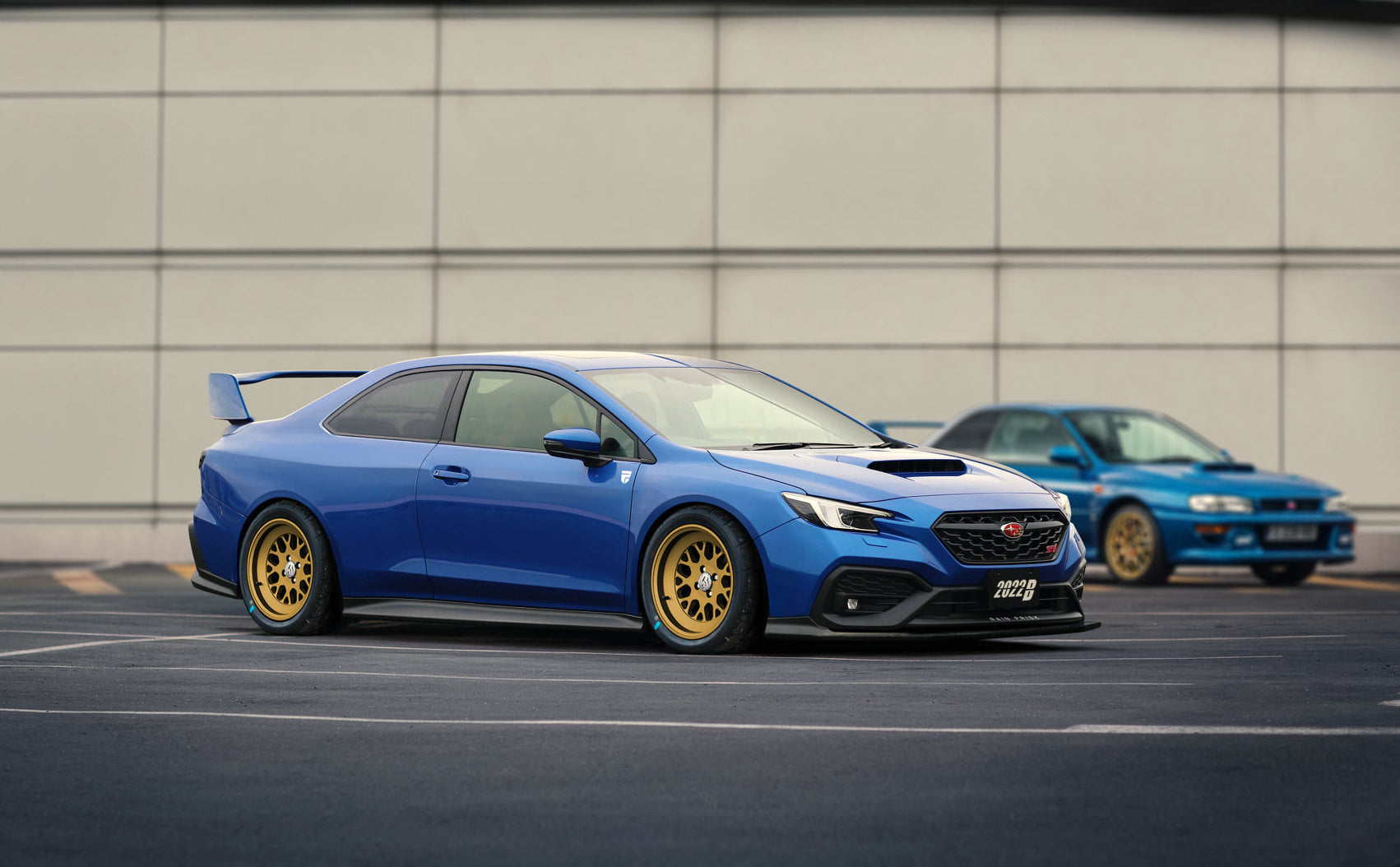 Remember the Subaru WRX STI 22B? It was perhaps one of Subaru’s most iconic and most desirable vehicles ever. Could you imagine if the company made a new one? Imagine no more as a digital artist has just come up with an inspiring rendering of what a new 22B could look like. 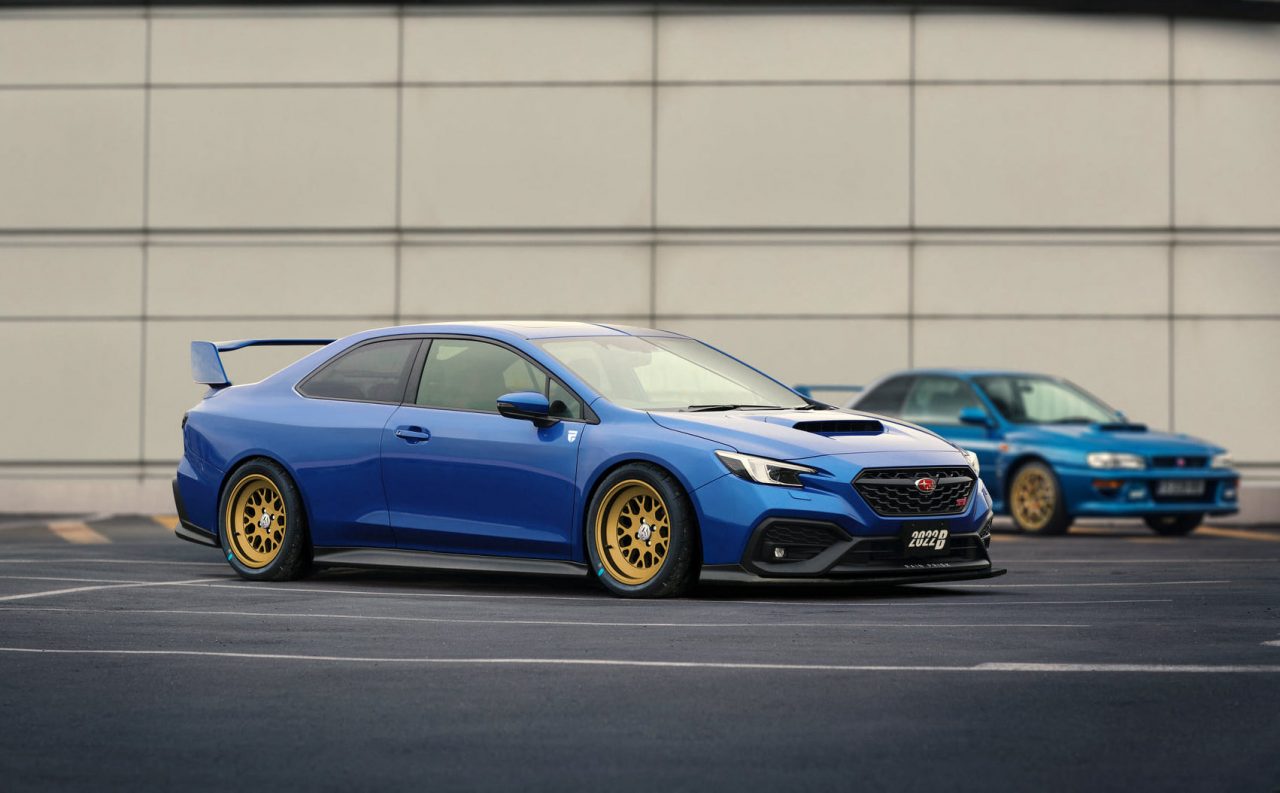 The all-new WRX isn’t exactly a fetching sports car on the design front. It looks like an edgy sedan crashed into a Subaru Outback. It has become slightly SUV, in other words; with its black plastic wheel arch protection moulds and confusing rear end. All in our opinion anyway.

But here we see, thanks to the imagination of Rain Prisk, there are some nice details hidden within the new shape. The designer has digitally extended the front doors and removed the rear doors altogether, creating a coupe layout.

You might notice the panel contours have been smoothed over as well so there is less edginess and more sleekness. The rear haunches blend perfectly with the upper door line, for example, rather than lines being interrupted.

The artist has, thankfully, removed those black wheel arch moulds too, while the lower black skirting remains. At the front it carries over the aggressive new look of the WRX, with its pointed and focused face. A modern interpretation of that iconic rear wing finishes it off.

Subaru has not officially announced any plans to launch a new 22B any time soon. The original 22B was introduced as both a celebration of Subaru’s third manufacturer’s title in the FIA World Rally Championship, but also to commemorate the company’s anniversary.

Given the WRX nameplate was first launched in 1992, Subaru might plan a special 30th anniversary model. Likewise, STI will celebrate its 30th birthday in 2024. Will it be a new 22B? Probably not, but it’s nice to dream. The all-new WRX is set to launch in Australia in the coming months.

As for the new WRX STI? It is set to debut some time during the third quarter. An earlier production timeline showed evidence of production scheduled to commence during the northern autumn of this year, however, the pandemic might cause some delays.