Subaru has unveiled a new 2013 Subaru Liberty variant at the 2012 Beijing Auto Exhibition in China. The model showcases new panels and bumper bars, and raised suspension. 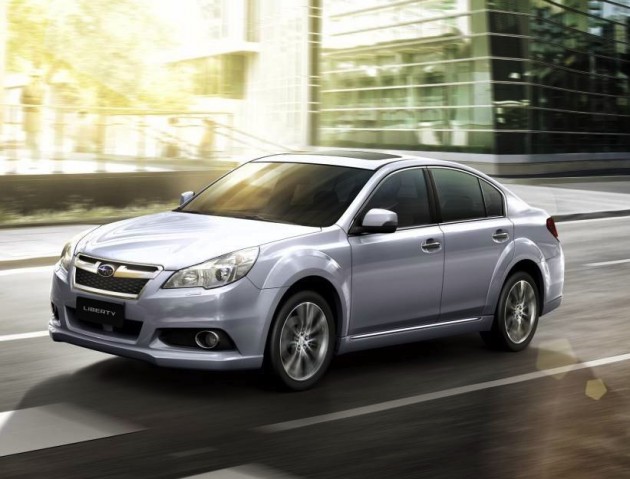 Featuring jumped up suspension – by 60mm over the normal Liberty sedan – the new variant joins Subaru’s growing range of raised up models, including the Outback, and the new Subaru XV.

Inside, there’s revised details, such as a black metal-like centre panel and central fascia, with the SI-Drive and electric handbrake relocated for improved ergonomics. Nick Senior, managing director at Subaru Australia, recently said,

“This new Liberty variant will be ideal for Australian roads, where we have a huge percentage of unsealed surfaces and the extra ride height adds to its capability in regional and rural areas.”

Senior also said that a number of revisions showcased on the special variant will appear on the upcoming MY2013 Liberty range. He said the new range will go on sale in Australia during the third quarter of this year.

Prices and an official market entry date is yet to be finalised.