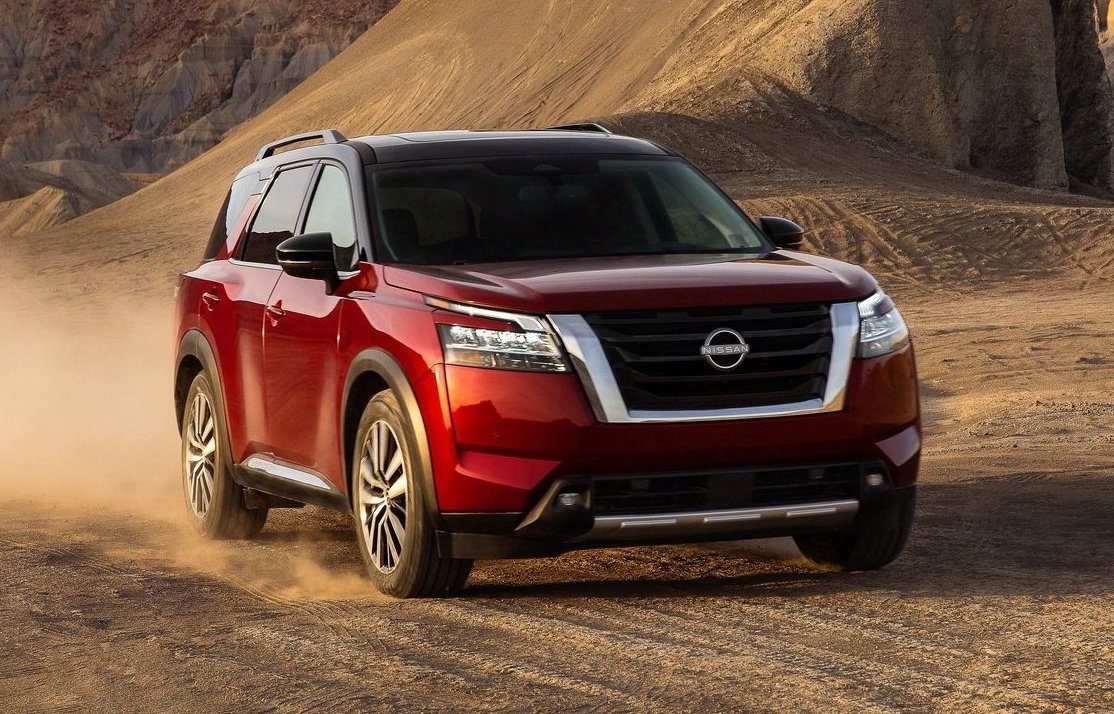 Following earlier previews, Nissan has now pulled the covers off the all-new 2022 Pathfinder large SUV. It showcases a fresh and bold exterior design, a hugely enhanced and smarter interior than before, and a new nine-speed auto transmission and all-wheel drive system. 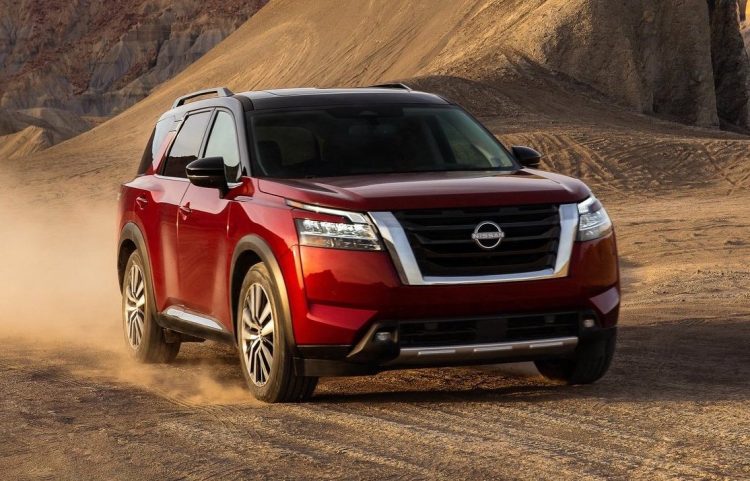 As expected, the 2022 Pathfinder sports a bolder and more solid exterior stance, with harder-edged panel contours and sharper trimmings. At the front you’ve got the latest interpretation of Nissan’s V-motion grille and distinctive C-shaped headlights, with strong wheel arch bolsters giving it a tough presence on the road. The rear end incorporates a completely new and much more modern theme than before, with LED taillights connected in a fashionable full-width look.

Compared with the outgoing R52 shape Pathfinder, the interior of this new model is a world apart. Nissan has finally incorporated a modern touch-screen measuring 9.0 inches, and buyers will be able to option for a 12.3-inch fully digital instrument cluster and 10.8-inch head-up display. These features might not seem that advanced by today’s standards, but this is a huge leap from the outgoing model. 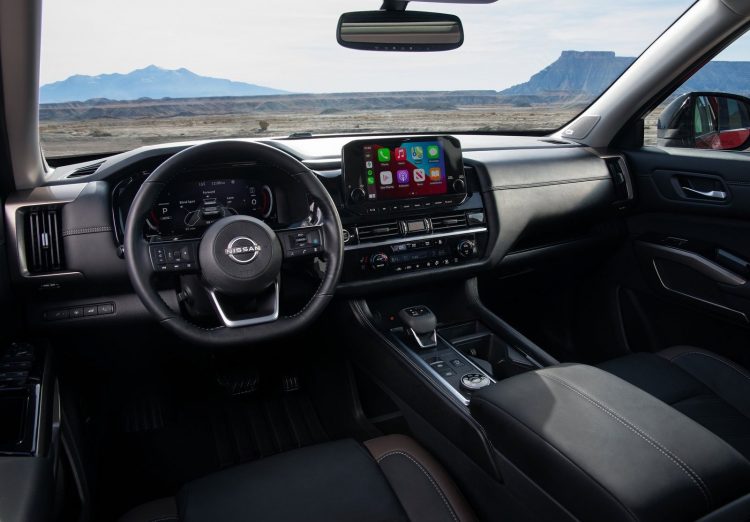 A tidied up centre console provides twin cup holders and a wireless phone charging pad, and you might notice the seven-position drive mode dial just behind the slick new gear selector. For the first time, the Pathfinder will be offered in eight-seat configuration or two captain’s chairs for the second row. The second row also features the company’s ‘EZ FLEX’ one-touch fold/slide mechanism for easier access to the third row.

Nissan says the interior quietness has been improved thanks to acoustic laminated front glass, thicker glass for the second row, and added door and floor insolation. Some revisions have also been made to improve engine noise absorption. Other highlights inside include a bigger boot, now capable of storing four golf bags with all three seat rows up, while tri-zone climate control will be available along with a premium 13-speaker sound system from Bose. Final Australian specs are yet to be confirmed. 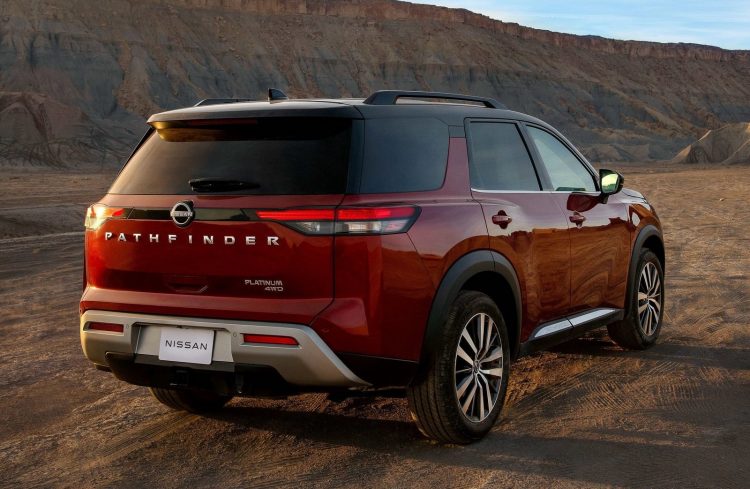 As for the powertrain, a 3.5-litre naturally aspirated V6 continues, producing 209kW and 351Nm (American spec). Matched up to this is, as previously reported, a new nine-speed auto transmission – no more CVT. Front- or all-wheel drive will be available too. Speaking about the new model, Jared Haslam, vice president of product and services planning for Nissan North America, said:

“Thirty-five years after the launch of the original model, Pathfinder has returned to its rugged roots, loaded with the benefit of everything learned along the way. Today’s large SUV owners want a vehicle that conveys strength and rugged capability, while using advanced safety and technology features to keep their family safe and comfortable during every-day adventures, and the all-new 2022 Pathfinder is ready to take on those adventures.”

The 2022 Nissan Pathfinder will go on sale in the USA during the middle of the year. Australian details are yet to be provided, but it is expected to arrive within around 12 months.