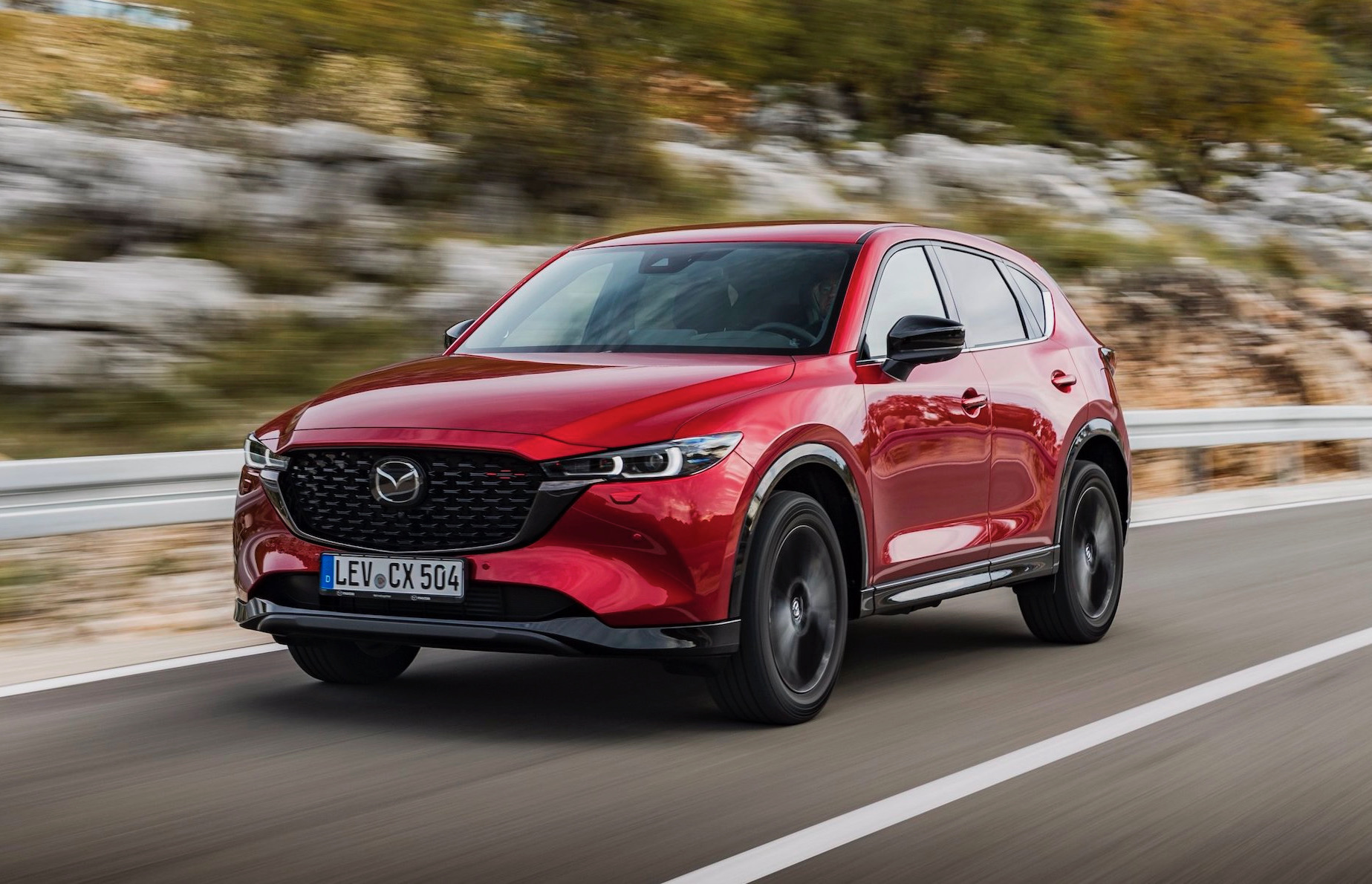 Soon after a dealer bulletin leak in December, Mazda Australia has now confirmed all the details for the 2022 CX-5 range, including prices and variant levels. 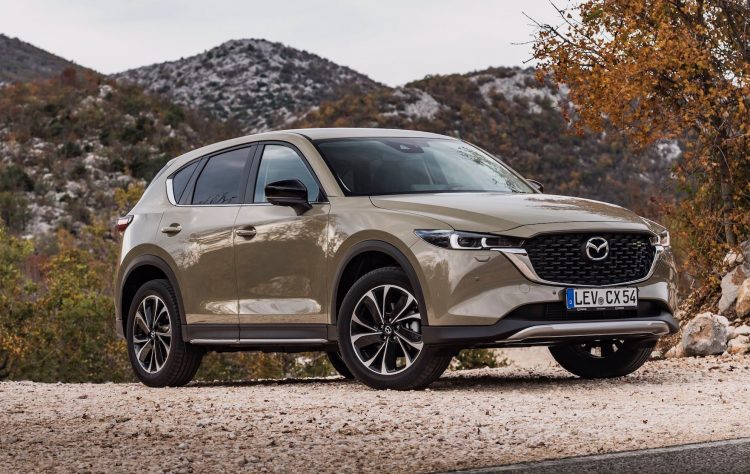 As reported earlier, six variant lines make up the new range, spanning from the Maxx, Maxx Sport, Touring, Touring Active (new), GT SP, and top Akera. These are then split up with three different engine options, depending on the level, including a 2.0L petrol, 2.5L petrol, 2.5L turbo-petrol, and 2.2L turbo-diesel. There are no changes to outputs.

The updated model sports a redesigned front end with fog lights removed and now integrated into the headlights, a new-look grille, while revisions are also made to the taillights and rear bumper bar to match. It is just a mild facelift but it is described by Mazda as presenting a “matured” iteration of its Kodo design language.

Giving buyers a bit more variety, the new Touring Active variant showcases a unique blend of lime green highlights and is available in a fresh Zircon Sand metallic paint colour (pictured above). Meanwhile the GT SP provides fashionable darkened trimmings, including alloy wheels and side mirrors for that sporty look. 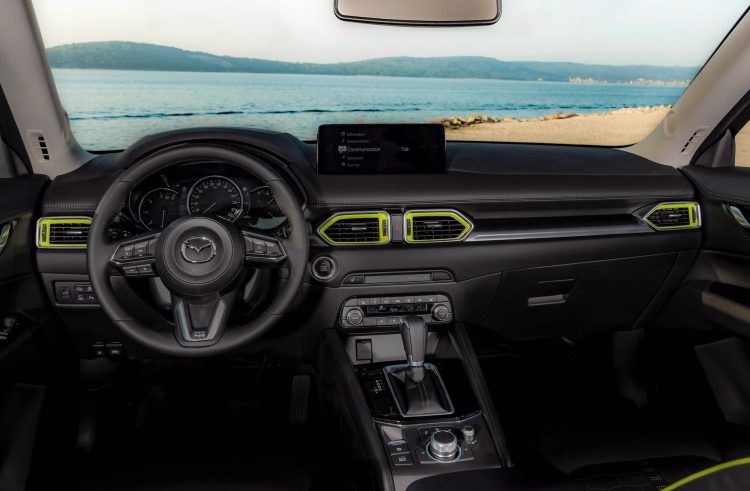 Mazda says the 2022 CX-5 also benefits from its latest-generation technology, with redesigned seats promising improved stability, and the powertrains have been revised to offer smoother acceleration. Road noise has also been reduced. Speaking about the update, Mazda Australia managing director, Vinesh Bhindi, said:

“Versatility is synonymous with Mazda CX-5, and this update bolsters that quality; more uniquely defined grades grow the potential for customers to find their perfect fit within the range, selecting the vehicle that best suits their style and lifestyle.” 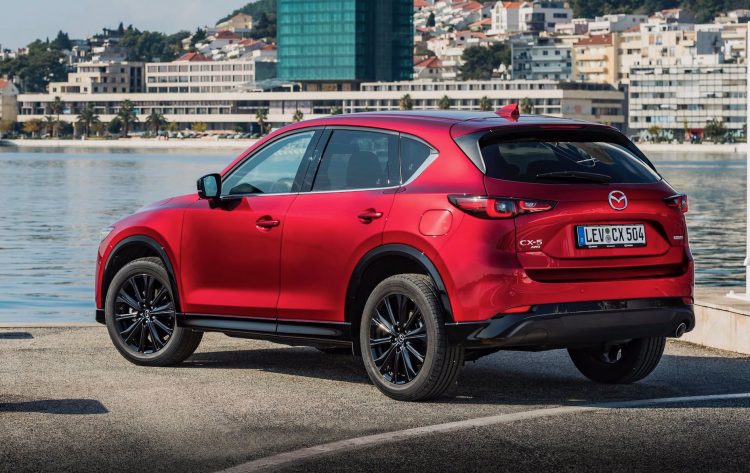 Bhindi also says supply is starting to return to pre-pandemic levels, which means customers should expect deliveries sooner in the very near future. The new CX-5 enters the market just before the all-new CX-60 arrives later this year. It will come in with a fresh RWD-based platform and is set to bring in new inline-six engine options.

The 2022 Mazda CX-5 is on sale in Australia now, with prices starting from the following (excluding on-road costs): 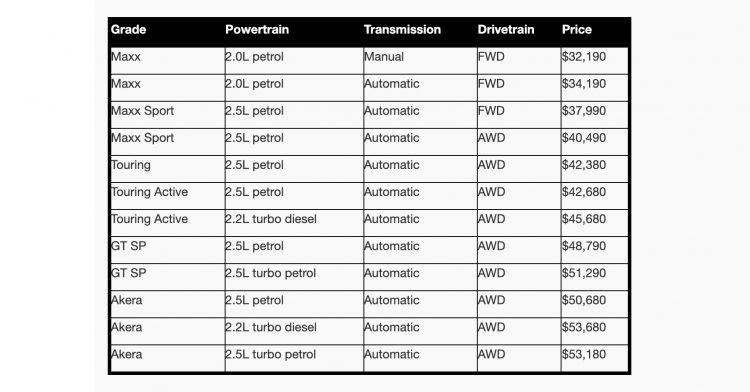