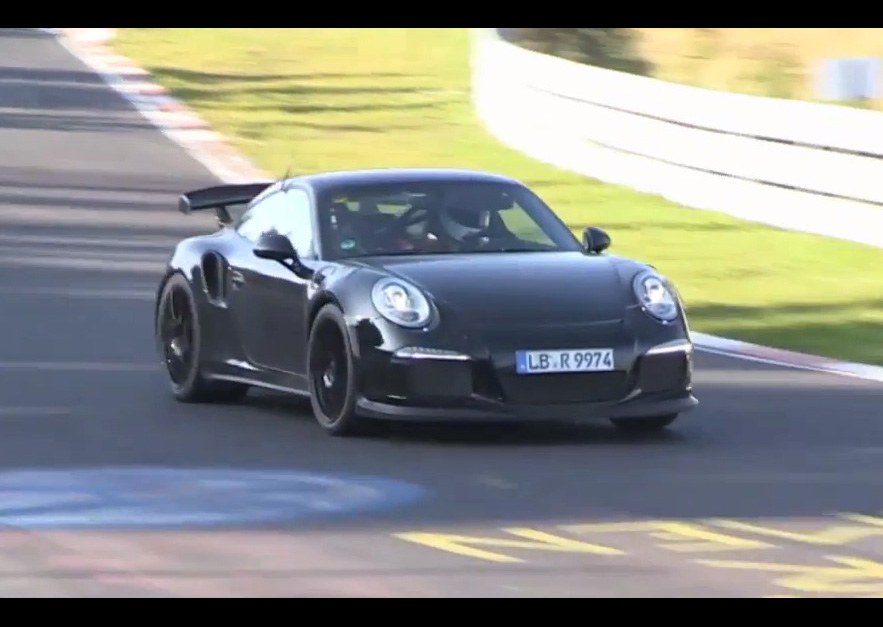 Porsche has been spotted testing a prototype version of the upcoming 991 2014 Porsche 911 GT2 with flat-out laps around the Nurburgring in Germany. The new model is expected to produce very quick lap times around the ‘Ring, enough to place it as the fastest production 911 on sale. 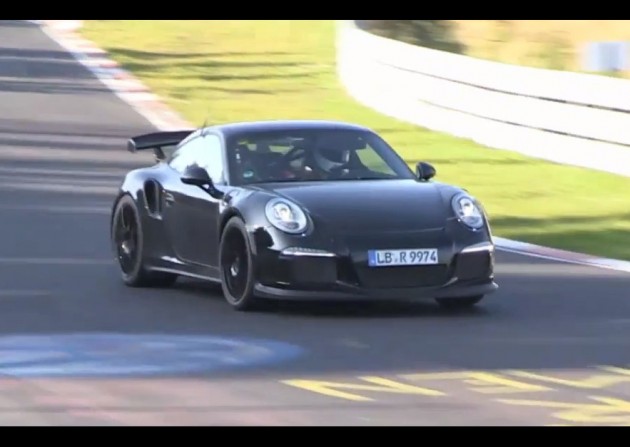 With the new GT3 being a mechanical masterpiece receiving high praise from experts all around the world, the GT2 is set to be an extension of that offering even more speed and outright performance.

The new model is likely to feature a 3.8-litre twin-turbo flat-six engine, similar to the one that powers the latest 991 911 Turbo. In the Turbo S, the engine offers 412kW. For the GT2, these figures could be boosted somewhat.

Aside from the increased engine power over the GT3, the GT2 will showcase a similarly stripped out, lightweight character. Will it use the new rear-wheel steering system? Most likely given the Turbo and GT3 already do.

Another big question is will it come with a manual transmission or only a dual-clutch auto like in the GT3? We haven’t heard anything on this at this stage, however, judging by the prototype in the video – which appears to be wearing a GT3-like body – it will be offered with a dual-clutch auto at least as an option.

The new model is expected to debut at the 2014 Geneva Motor Show in March. Click play below for a taste. You’ve got to love that screaming flat-six engine note.