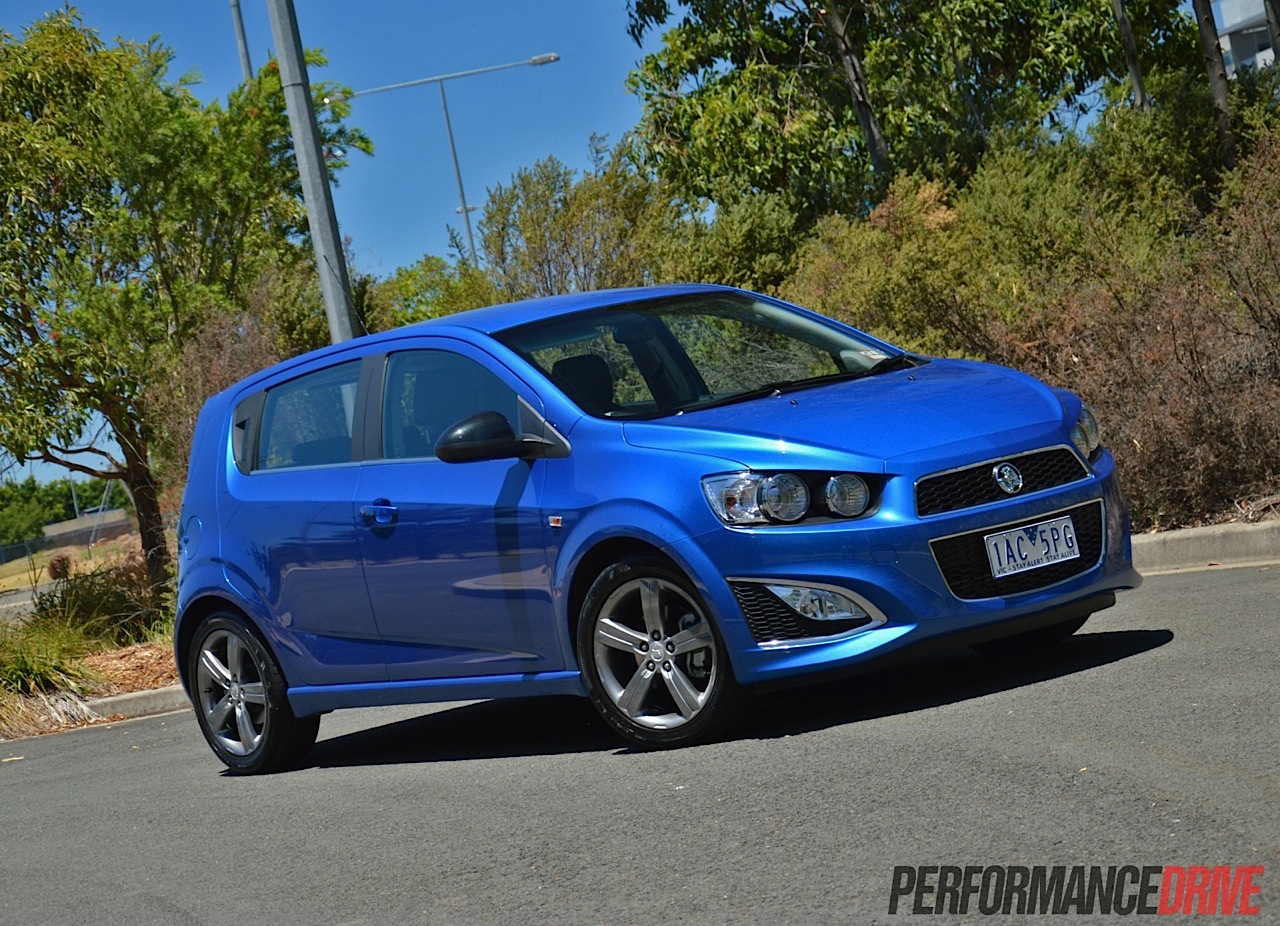 Holden has stormed into the mild hot hatch segment with this, the first-ever Barina RS. As the name suggests, this car is looking to impress with sporty details, plenty of equipment, and extra zing with the beefiest engine ever fitted to the local nameplate. 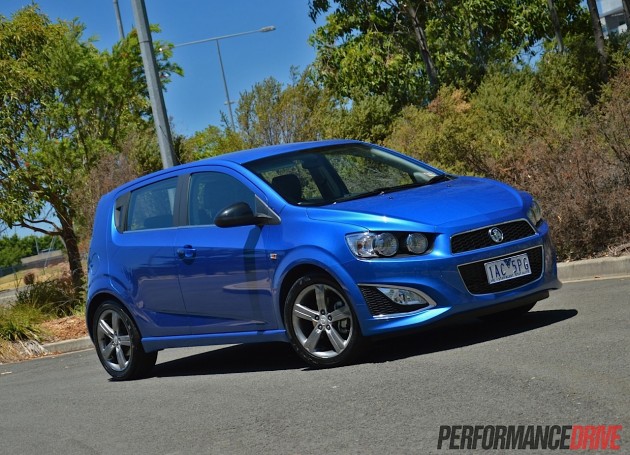 Although it’s a fresh badge for the Australian market, Chevrolet has been selling the Sonic RS (US version of the Barina) in the States since 2012.

While the Opel Astra OPC has some potential to be rebadged as a Holden product, for Holden fans, the Barina RS is the closest thing you can get to a lion-badged hot hatch.

It’s important to remember this car isn’t competing with the likes of the Volkswagen Polo GTI or Toyota 86. With a 1.4-litre turbocharged four-cylinder engine producing 103kW and 200Nm, its prime target is the popular Suzuki Swift Sport.

The RS is available with a six-speed manual or automatic transmission, with prices starting at just $20,990 for the manual and $23,190 for the auto. 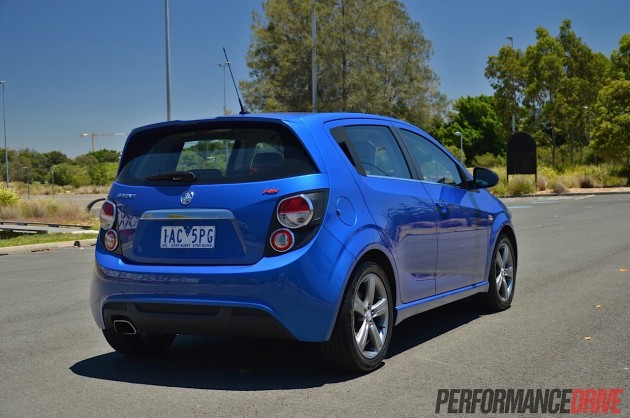 Jumping in the Barina RS you’ll notice a racy look to the dash and seats with splashes of red to highlight the main bits. It’s clearly a step up from the standard Barina. The leather seats come with vibrant RS logos stitched on the headrests in the front, and they also feature mild hip bolsters and suede-like sections to grip you in.

As you would expect in this segment, there is not much space on the back bench. It’s workable for two large adults, but they won’t want to remain there for very long. The boot is also pretty small, at 290 litres, but quite reasonable for this segment.

The dash is minimalist without coming across as cheap, with a bespoke RS instrument cluster – mostly digital – sprouting out from the steering column, and a modern yet simplistic fascia with plenty of piano black trimming.

In the dash sits Holden’s coveted MyLink system, which is standard fare for most new Holdens. It includes Bluetooth, AUX and iPod connectivity, with an interface resembling an electronic tablet with flush, touch-screen digital buttons along the bottom.

The sports steering wheel feels comfortable in your hands, and it’s similar to what’s found in the VF Commodore and Holden Cruze with a hint of flatness at the bottom. It’s connected to a unique electric power steering system in the RS which has been tuned at Holden’s Lang Lang test track in Victoria. The gearing is quicker for a more responsive and active driving feel.

In terms of the exterior design, the standout highlights for the RS are the stylish 17-inch dark alloy wheels, front fog lights, a discreet bodykit with a rally-like rear spoiler, and lots of chrome around the front fittings.

Cool features shared with other Barina models include the rear door handles that are integrated into the windows, cute pumped wheel arches, and exposed headlights and taillights. The headlight and taillight design might look cool and futuristic for the moment but they could be a pain to keep clean over time.

As we said, it’s not about all out hot hatch here, it’s more of a friendly and approachable proposition. Special lowered suspension (by 10mm) with tauter spring rates and uprated dampers top it all off. 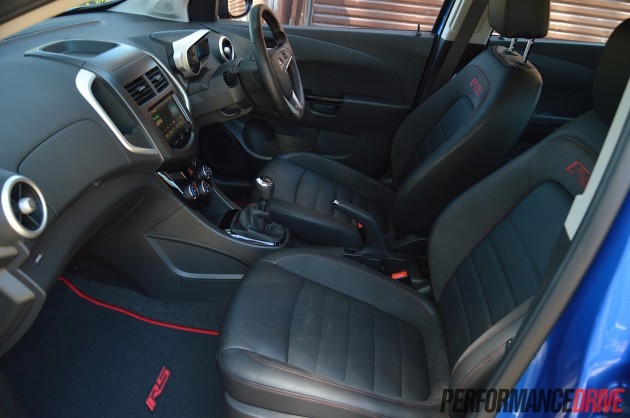 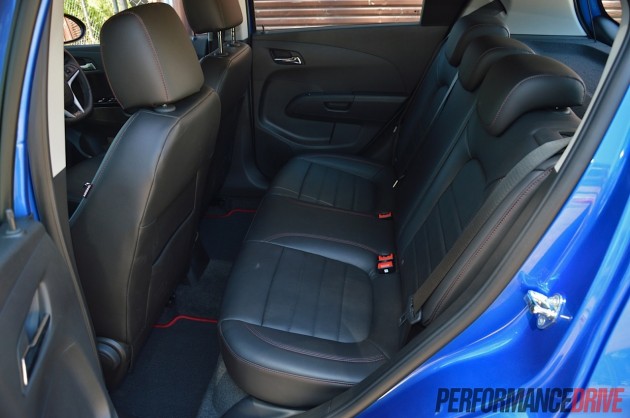 Considering it’s the same engine as the standard Cruze, there’s not a massive expectation taking the car for its first spin. Holden has managed to drag some performance out of the engine by fitting it in the lighter weight RS, however, it’s still by no means a powerhouse.

Off the mark is a bit cumbersome as the transmission has really quick gearing, especially from first to second gear. From there a decent mid-range shove gets things going with reasonable pace. We managed a 0-100km/h time of 9.3 seconds, which is fairly slow, over one second slower than the less powerful Suzuki Swift Sport in fact (99kW/8.1 seconds). Like some cars though, the 0-100km/h time doesn’t paint the full picture.

In low gears and with some revs, you can just hear and feel the little turbo kicking in. But it’s the mid-range that is the strongest. From there it’s able to pull through the higher gears and build some respectable speed through back roads and long sweepers.

Diving into corners, the bigger wheels with 205 tyres provide good grip, so the RS doesn’t mind the twisty stuff if that’s your thing. And you can really throw it around as well, with that quick-rack steering working its magic and providing you with a very active and playful character.

It does feel like the centre of gravity is a bit too high, as the car can topple side to side and front to back when darting through tight stuff. It takes some really spirited driving for this to bother you though. The ride is also a touch bouncy, but we guess if the suspension was any stiffer it would probably be too serious for those that are in the market for this type of vehicle.

There is some gentle torque-steer and tug at the steering wheel during hard cornering and acceleration, reaffirming its playful character. Inside wheelspin around tighter corners is also possible in second and a touch of third gear, giving you an idea of the decent mid-range torque on offer.

The official fuel economy figure is 6.5L/100km. We managed an average of 7.8L/100km during our test which included both suburban and freeway driving. It’s definitely economical enough to be classed as a frugal machine. 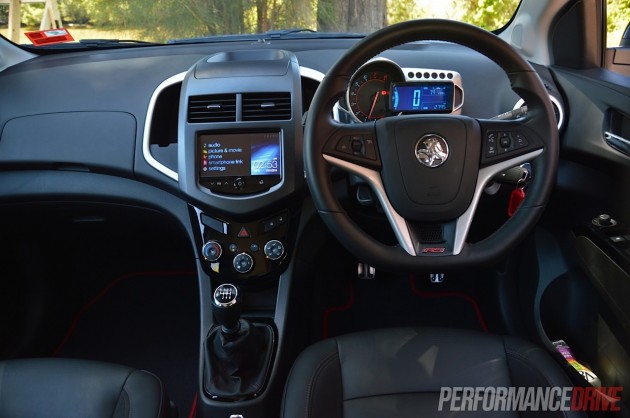 It’s a fun car to drive, and one that everyone can enjoy. It’s not too serious, and perhaps not as focused as the Suzuki Swift Sport, but it’s lighthearted nature and peppy personality makes it a worthy contender in this market segment.

For a smidge over $20k, it’s a great fuel efficient second car, or a first car if you’ve just jumped off your Ps. There’s also some tuning potential here, with extra boost and more serious suspension capable of transforming it into a real sleeper. 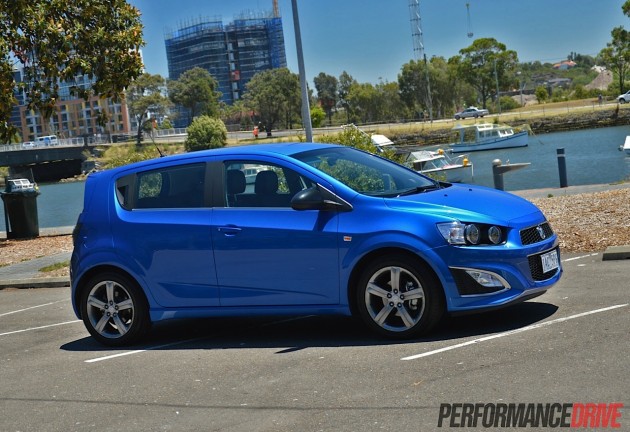