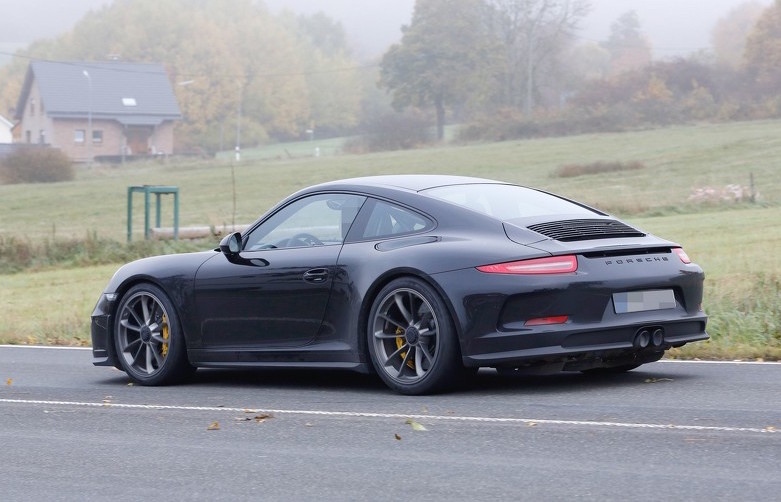 Some more details surrounding Porsche’s much-rumoured 911 R have surfaced, with the latest reports saying it will receive a unique six-speed manual and not the seven-speed manual featured in the regular 911. 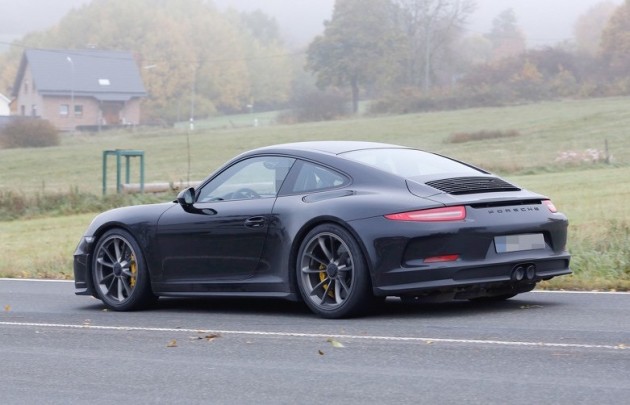 The news stems from an Automobile Magazine report that says the 911 R will come exclusively with a specially-developed six-speed manual, connected to the same 3.8-litre screaming flat-six engine seen in the auto-only GT3.

As far as we know the 911 R is being designed as a bare-essentials 911 heavily based on the GT3. Porsche upset a lot of enthusiasts when it announced the latest GT3 would only come with a dual-clutch automatic. The 911 R is believed to be in the works to fulfil the needs of those fans.

In the GT3 is a 3.8-litre producing 350kW, capable of revving to 9000rpm. This unit is expected to carry across. What won’t carry across though is the dramatic aero features. Instead, the 911 R is set to come with a GT2-style bonnet with vents, a more conservative front spoiler, and a similar rear skirt arrangement at the back with central exhausts.

A hydraulic rear wing is likely to be used, popping up automatically under certain high-speed conditions to add downforce. Meanwhile the wheels are said to be very similar to the GT3 items, measuring 21 inches.

Porsche will apparently introduce just 600 examples of the 911 R next year. Prices might be even higher than the GT3 too. However, Porsche is yet to officially confirm such a model exists, so we’ll have to wait and see before getting too excited.