The new 2012 Lexus GS 250 and GS 350 has been awarded Top Safety Pick by the Insurance Institute for Highway Safety (IIHS) in the US. The award is only given out to vehicles that represent excellent safety standards. 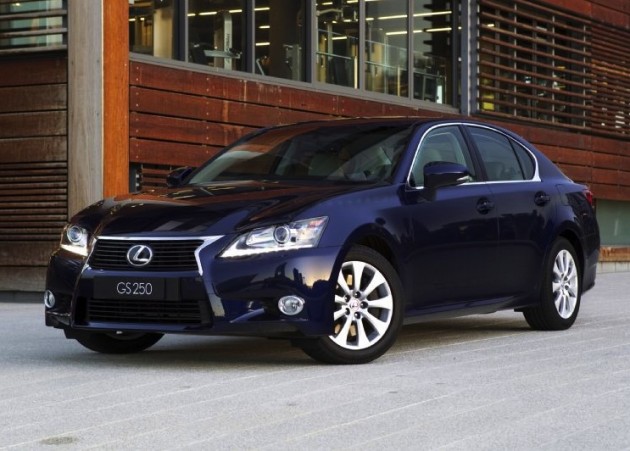 The IIHS is a non-profit organisation which is run by the US insurance industry. It provides an unbiased critical analysis on products so consumers can better understand what they are buying.

In order to achieve the ‘Top Safety Pick’ award, the vehicle must pass the IIHS’s stringent independent crash tests, including rollover, front, side, and rear impacts. The IIHS also conducts a ‘roof crush test’ which puts extreme pressure on each corner of the roof. With the 2012 Lexus GS, the roof withstood up to 4.88 times the vehicle’s weight.

In Australia, the new model has only just been launched. Both the GS 250 and GS 350 are on sale (full review coming soon), and come standard with 10 airbags and a body which is 14 per cent stiffer than the previous model. Lexus Australia chief executive Tony Cramb recently spoke about the award, saying,

“Knowing GS has been through such stringent independent testing, customers can concentrate on enjoying its rewarding driver dynamics, sharp styling, and numerous luxury appointments.”

Head over to our previous 2012 Lexus GS report for full details and pricing.

The new GS joins the Lexus RX and Lexus CT 200h in the list of vehicles that have achieved the award.