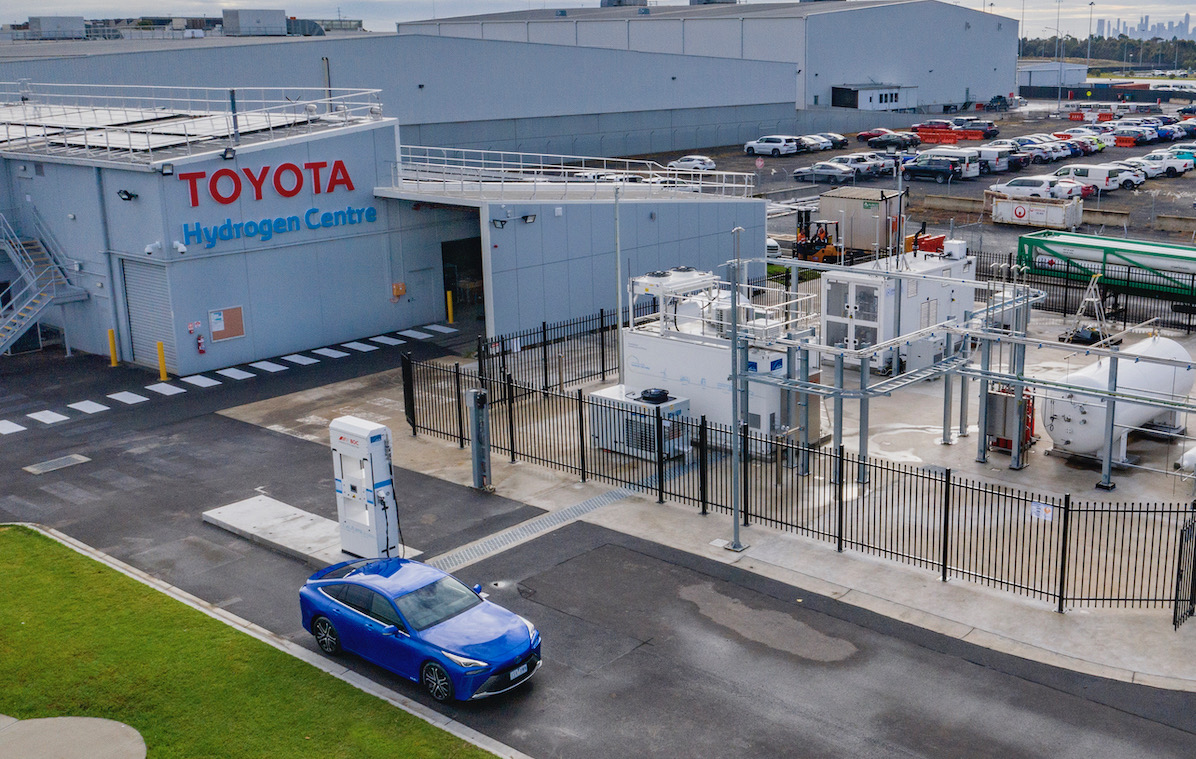 Toyota has managed to buck the trend of automakers being effectively crippled by both the pandemic and semiconductor shortages, with the world’s largest auto manufacturer nearly doubling its operating profits in the four quarter of the financial year. 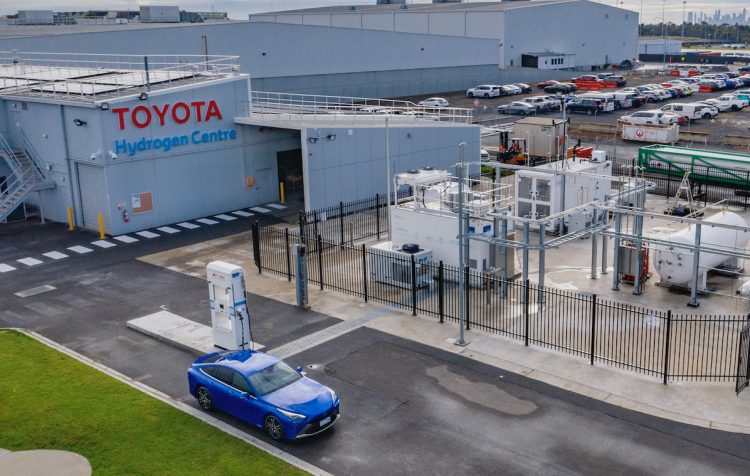 The news comes as Toyota posts its financial results for the financial year of 2021, ending in March, where it posted a 9 per cent profit margin while nearly doubling its effective operating profit for the fourth quarter.

Strong sales in North America and the European markets, as well as the popularity of its electrified lineup helped Toyota steer through multiple crises, seemingly completely unscathed.

Overall, Toyota’s operating profits jumped to a total of 689.8 billion yen (AU$8.2 billion) in the fourth quarter ending in March, which was close to doubling the figure it posted in the same period the previous year.

Toyota’s operating profit margin also increased from earlier this year where it stood at 5.2 per cent, which is now said to be around the 9 per cent mark, according to Toyota’s CFO, Kenta Kon.

The company says that its net income has more than doubled from the 327 billion yen (AU$3.84 billion) it reported in the 2020 January-March quarter, standing at 777 billion (AU$9.12 billion) this year.

A 5.3 per cent jump in worldwide Toyota sales helped buoy its revenue figures, with more than 2.21 million units delivered in the quarter. Toyota says that this growth is the result of strong sales in both the North American and European markets. 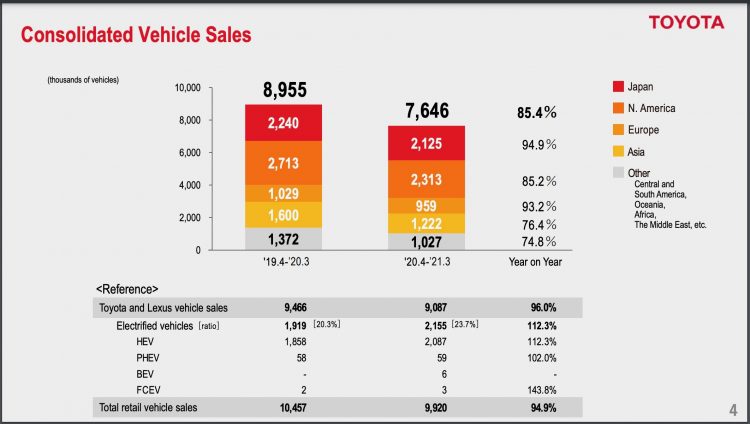 Toyota managed to sell 630,000 cars in North America, which amounts to a 5 per cent increase overall, while European sales were up 11 per cent to a total of 280,000 units.

Overall, Toyota produced and sold 7.6 million vehicles during the entire FY2021 12-month period, while the Lexus brand brought this figure up to a total of 9.08 million.

To match its strong sales growth, Toyota’s cost-cutting measures also helped underpin the profit increases. It was also able to overcome difficult exchange rates in foreign export numbers with the sheer number of units it managed to move.

Toyota says that over the past 12 months the number of buyers opting for electrified options accounted for 23.7 per cent of total Toyota and Lexus vehicles, translating to 2.15 million sales.