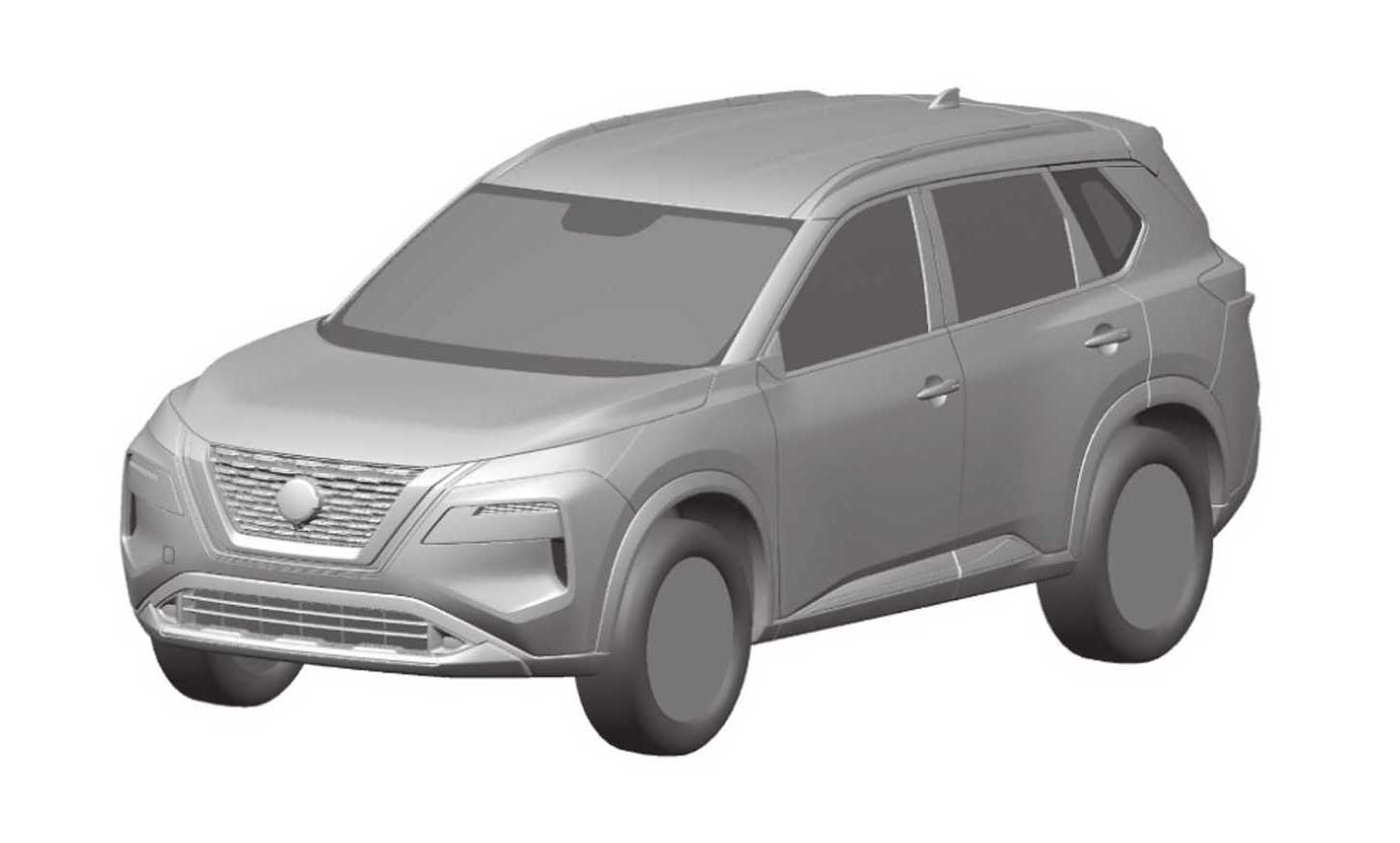 Some patent images have surfaced online showing what appears to be the design outline of the next-gen, 2021 Nissan X-Trail for the first time. The images were found on the Brazilian Ministry of Economy database. 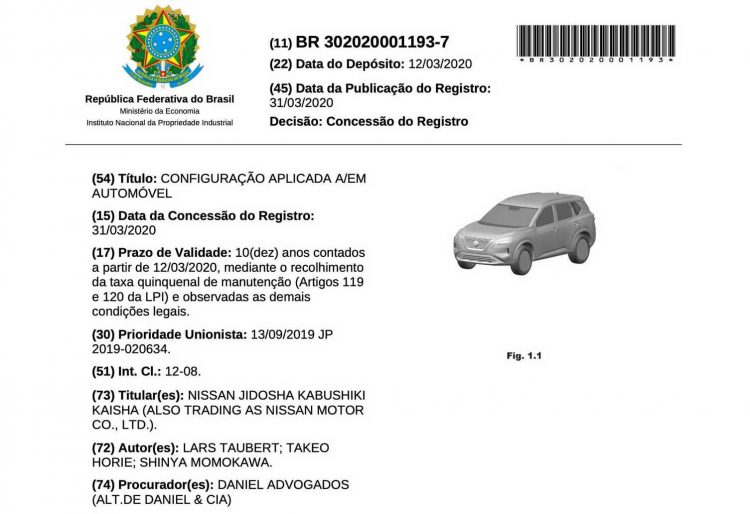 The patent application was lodged on March 12 by the looks of it and then published on March 31. And while there doesn’t seem to be any specific mention of the X-Trail – or the Nissan Rogue as it’s known overseas – all clues certainly point that way.

Following in the footsteps of the new Juke and latest Qashqai, the front end incorporates more prominent side intake clusters, with a smaller front grille that maintains the ‘V-Motion’ theme. Slimmer headlights and puffed up ‘cheekbones’ give it a more aggressive stance compared with the outgoing model (shown in red). 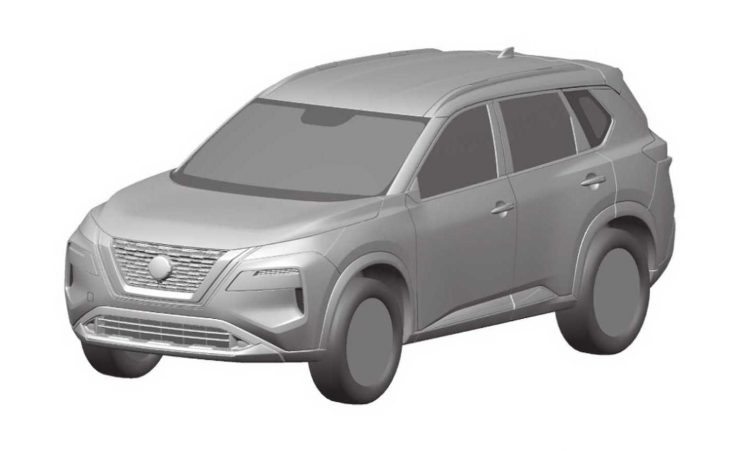 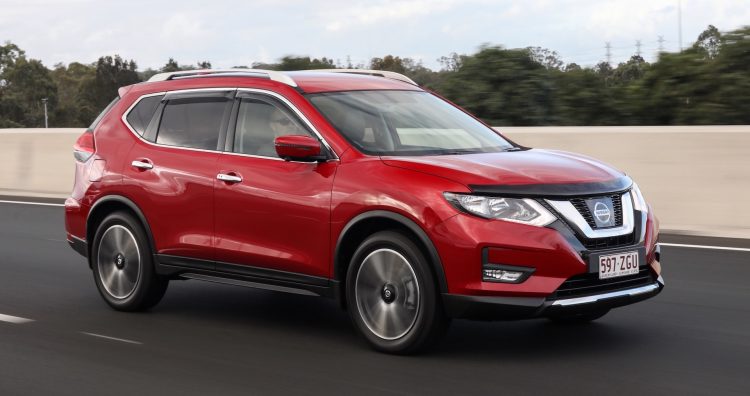 Down the sides we see and all-new set of doors with unique contours lower down, including a sculpted sill area, with a revised D-pillar at the back that no longer blends seamlessly with the roof. Instead, the top section is sliced with a trim piece. There also appears to be more prominent rear wheel arches that blend with the taillight design.

Around at the back the taillights spread wider and wrap further around to the sides, while the number plate housing is smoothly blended with the rest of the tailgate design instead of being indented. The diffuser area is also altered, with relocated reflector lenses. 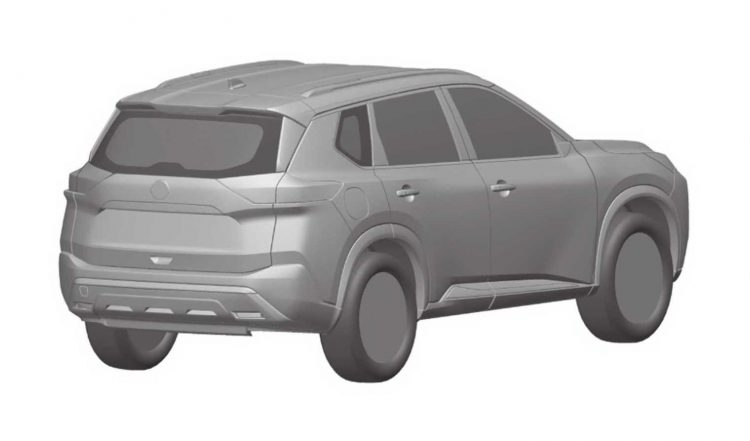 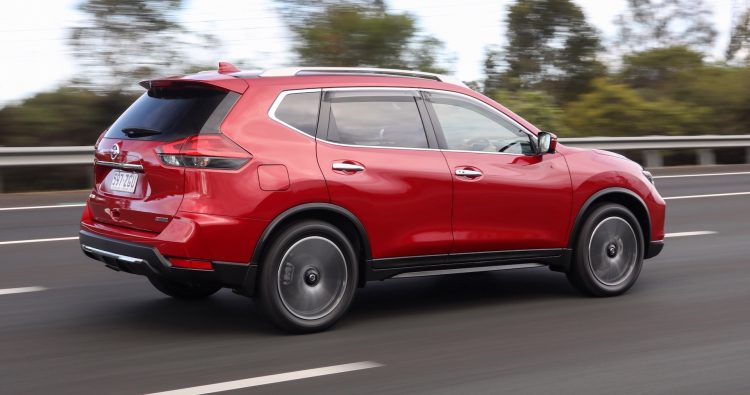 The current, second-generation X-Trail has been around now since 2014. It is well and truly ready for a major update. However, even in its dated form it is one of the most popular SUVs in Australia. Last year it ranked as the fourth best-selling SUV in the country, according to VFACTS figures, accumulating 19,726 sales. This figure was down 6.9 per cent, however, the new car market overall in Australia was down 7.8 per cent.

In terms of mechanical and technological changes, we’re expecting an all-new touch-screen media interface to replace the current system, with a fresh interior layout. The 2.5-litre petrol four-cylinder engine is likely to carry on with only minor changes, and a 2.0-litre hybrid, producing around 132kW, is also likely to remain (currently available in some markets).

Given that the design seems to be finalised, if this is indeed the new model, we’d anticipate a full debut some time later this year.