Although there will always be those that say ‘there’s no substitute for cubic inches’ – including us – it seems cars of the future with zero cubes can be just as quick. Here we see a run between a Tesla Model S Performance versus a third-gen Dodge Viper SRT10. 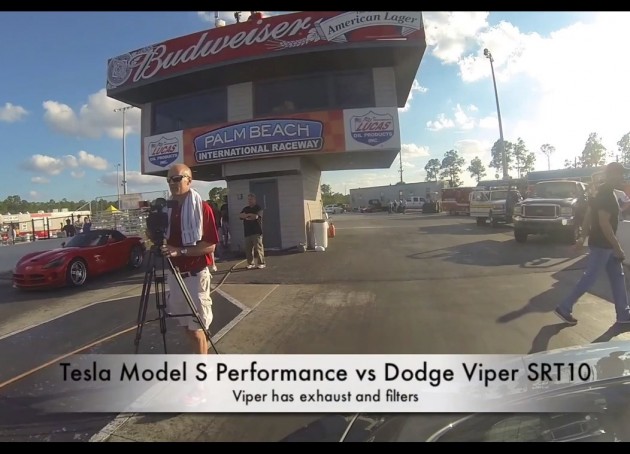 The Dodge Viper SRT10 is powered by a stonking 8.3-litre V10 engine producing 370kW, and is built for speed and pure torque muscle.

In the electric corner, the Tesla Model S Performance is propelled by an 85kWh all-electric motor system with an output of 310kW.

With a single gear, the Tesla doesn’t need to waste time swapping cogs, and, as you can see below, quite easily beats the Viper. The Tesla ends up running a world record 12.371 seconds at 178km/h.

On attendance at the race was the National Electric Drag Racing Association (NEDRA), giving the Tesla the world record for the quickest production electric vehicle (EV) over the quarter mile. Click play below to take a look.