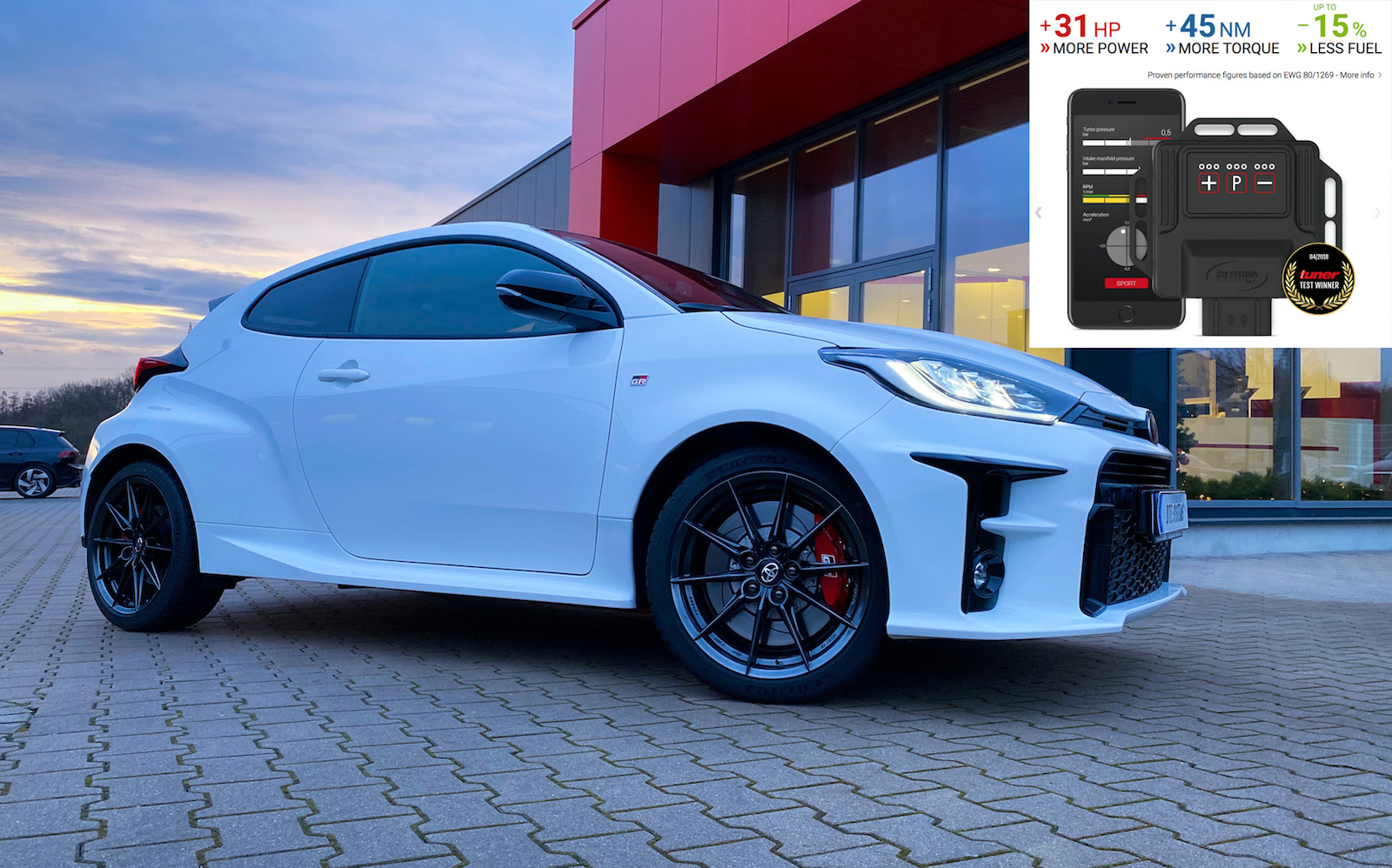 The sizzling Toyota GR Yaris has only just hit the market. But tuners are already getting their hands on the compact super hatch to see what potential it has. And one of the first tuning upgrades we’ve come across is by German company DTE System. 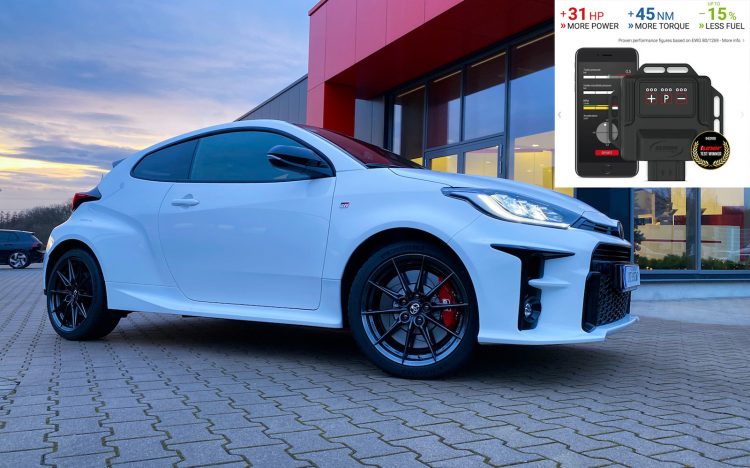 DTE proposes the application of its PowerControl X unit for the engine computer. The chip tuning software optimises the engine’s key parameters, including air and fuel management. It’s been designed to learn driving habits as well to help boost not just performance but also fuel economy.

In standard form the record-breaking 1.6-litre turbo three-cylinder engine produces 200kW and 370Nm. Although, as we’ve seen, a stock example has laid down 204kW at the wheels. Toyota claims 0-100km/h is done and dusted in just 5.2 seconds, making it one of the quickest non-premium hot hatches in the world.

With the PowerControl X unit the engine power is lifted to an impressive 230kW and 415Nm. That’s more power and torque than the Honda Civic Type R and its 2.0-litre turbo four-cylinder engine. This should improve the 0-100km/h time by around 0.5 second or more. 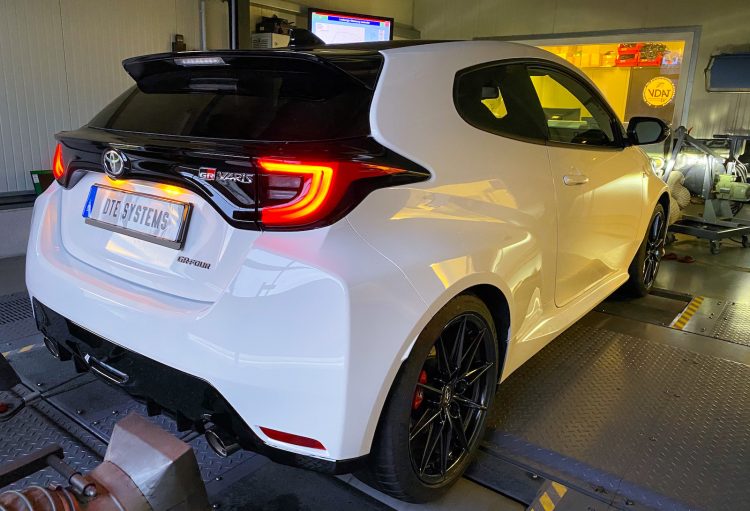 DTE says fuel economy is improved by up to 15 per cent. That means, based on the official average consumption rate of 7.6L/100km, fuel consumption could be reduced to around 6.5L/100km. Not bad for a car that could conquer most other 2.0L turbo hot hatches on the market.

DTE also offers a special smartphone app to provide Sport, Dynamic and Efficiency driving modes that the owner can toggle through, and the app can display real-time engine telemetry such as temperatures and turbo boost pressure.

We’re sure this won’t be the last tuning package we’ll see for the GR Yaris. Deliveries have only just begun in Australia, which means plenty of tuners haven’t even been able to get hold of vehicles yet to test the full potential.