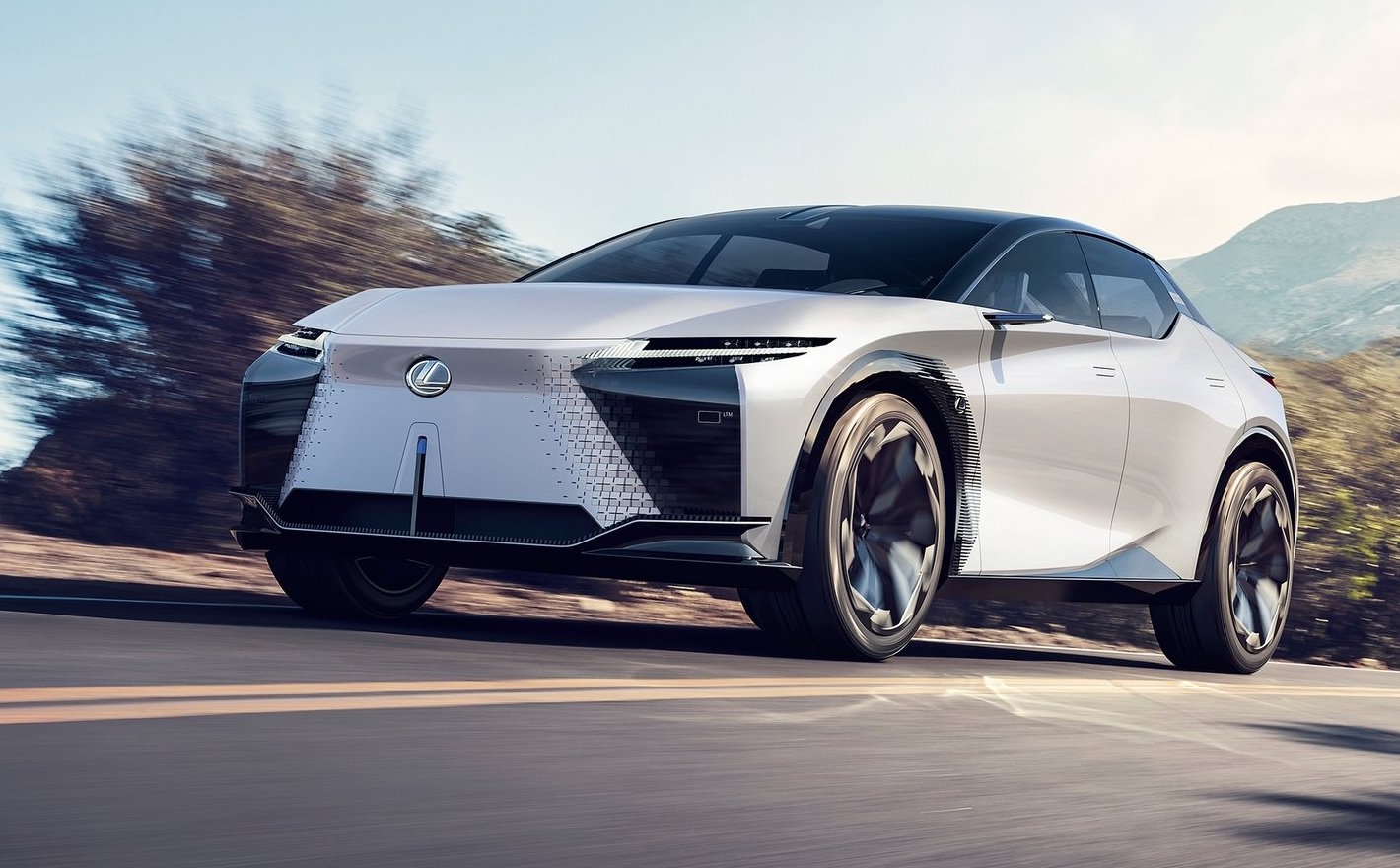 Have a good look at this, as it will inspire a fully electric vehicle of the not-too-distant future. It’s called the Lexus LF-Z Electrified concept, and it is the foundations of technology, performance, and styling for a product or products that will materialise by 2025. 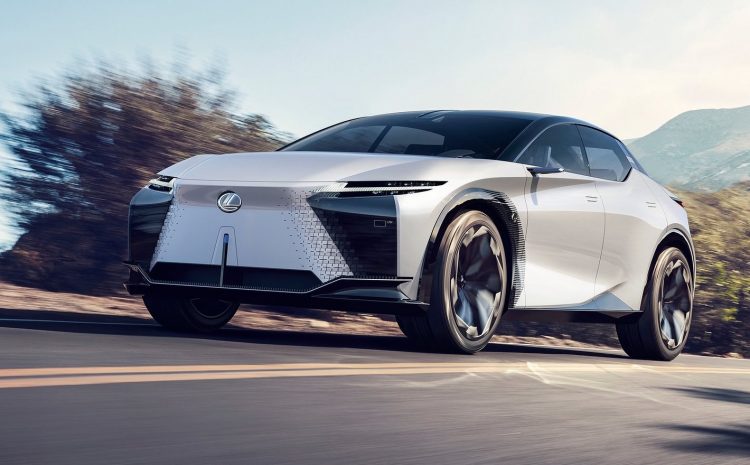 Firstly, the powertrain. It incorporates a 90kWh lithium-ion battery, mounted under the floor, feeding to the brand’s new DIRECT4 four-wheel drive system. The drive system allows completely independent control of the front and rear power distribution, providing front-, rear-, or all-wheel drive operation according to the conditions and demands.

All up, the motors produce a combined 400kW and 700Nm, which translates to a claimed 0-100km/h time of just 3.0 seconds. When it comes time to recharge, the system takes in 150kW. Charging times haven’t been outlined, but on a full battery the concept promises a cruising range of 600km (WLTP). 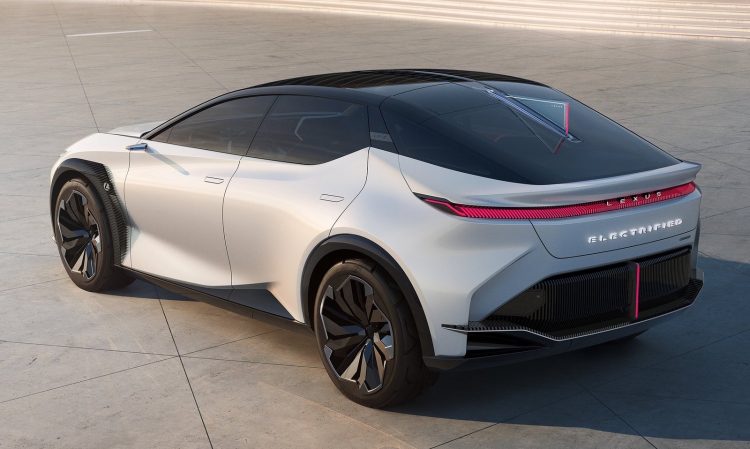 Although all of that is very interesting and exciting, it’s the concept’s design that has us buzzing. Especially considering this will in fact inspire a vehicle or vehicles that we’ll soon see in the showroom. Specifically, Lexus calls it a “study model” that “suggests the evolutionary direction” of the brand’s styling. In a statement, Lexus said:

“Lexus has taken up the challenge of evolving the Lexus design icon of the spindle shape into a spindle body as the overall body architecture in a new form of expression. The aim was to create a three-dimensional design that transforms the form of the vehicle body itself into the icon of the Lexus brand and to continuously develop functional expressions and styling that keep abreast with the evolution of technology.

“The overall form, which starts low in the front and peaks toward the rear, as suggestive of a BEV, is composed of a continuous silhouette centred on a smooth cabin. Large-diameter wheels that transmit the power of the high-power electric motors to the road surface are situated as much as possible at the vehicle’s four corners for a wide stance with a low centre of gravity.” 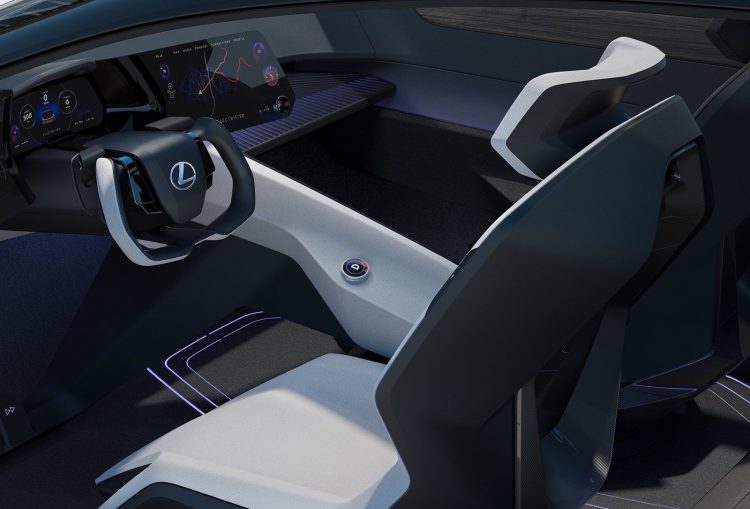 Inside, the layout is based on a new concept called Tazuna, which translates from Japanese to mean rein. It’s described as conceptualising the relationship between a horse and its rider, communicating through a single rein. As such, the steering wheel contains many controls while a vast head-up display area provides a view of everything from navigation, audio, and driving settings and stats.

Much of the dash is made up of digital screens, skewed toward the driver, while the centre console is completely clean and free of any controls, except the gear selector dial. The console is also floating, with a bridge-like architecture creating an open and airy atmosphere. It looks like Lexus, too, is jumping on the steering wheel yoke design, like an F1 car and Tesla’s upcoming Model S. 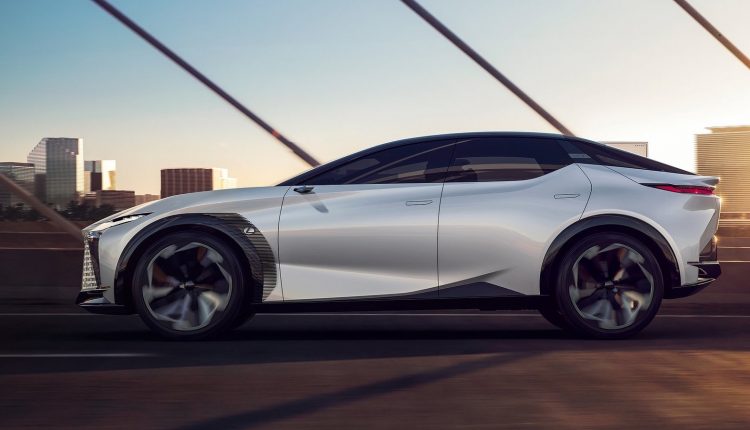 With an overall length of 4880mm, a height of 1600mm, and width of 1960mm, and a wheelbase measuring 2950mm, the concept is 10mm shorter, 85mm lower, and 65mm wider than the current Lexus RX. We suspect a production model, based on the concept, could be pitched in the mid-to-large SUV market segment, as something of a rival to the Audi e-tron, BMW iX, and Jaguar F-Pace.

There has been a number of trademark applications found recently, registered by Toyota (owners of Lexus), for the names RZ 450e, LQ, and TX 500h. Our money is on RZ 450e for a production version of this concept, especially with the ‘e’ in the name and RZ, which could connect from RX and this concept’s LF-Z name.