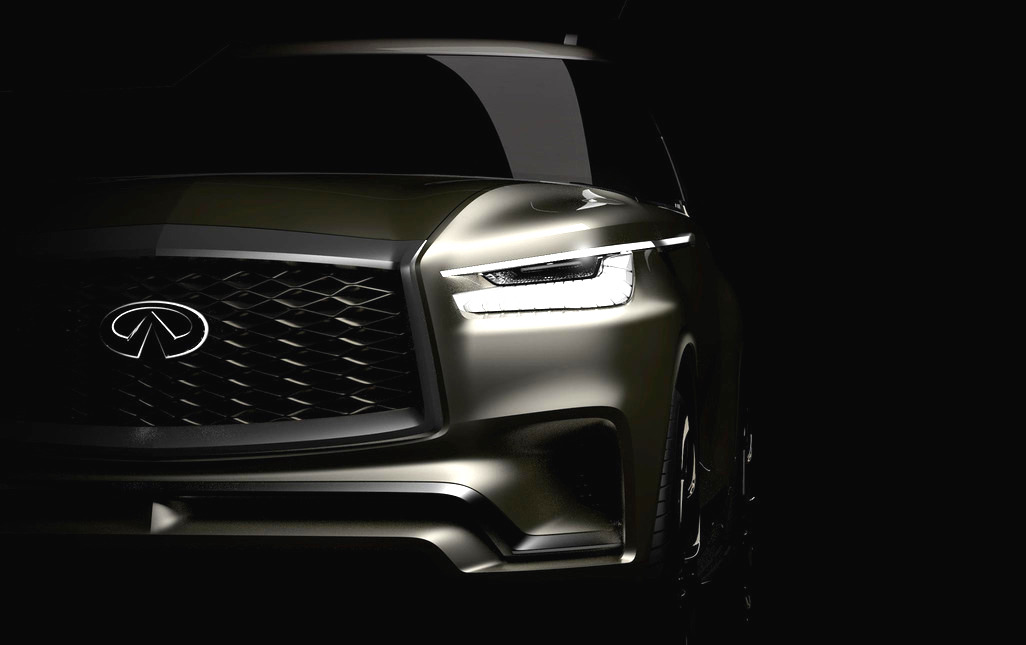 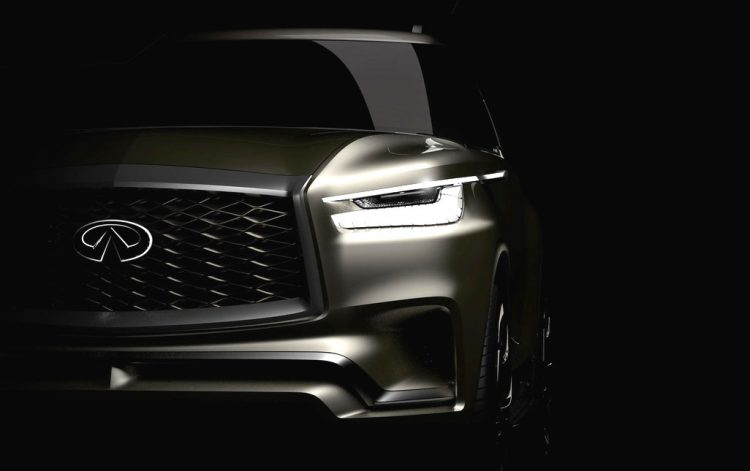 The QX80 is Infiniti’s largest SUV, based on the Nissan Patrol. It’s also known as one of the most monstrous-looking SUVs on the market, featuring a unique rhinoceros-like front end design.

Judging by this teaser image, the QX80 could be about to get a major facelift. We can see slimline LED headlights, a less bulbous bonnet, with defined lines leading to a new-look grille. The grille is more in line with the company’s other recent showroom models.

It’s unclear at this stage if the concept will be a precursor to the next-gen model or just a facelift. Either way, it looks like it’s going to be easier on the eye than the current version.

Under the bonnet, the current QX80 features Nissan’s awesome 5.6-litre naturally aspirated V8 that belts out 298kW. We can’t see this changing, although Infiniti did recently introduce a new 3.0-litre twin-turbo V6 that produces up to 298kW as well. This unit doesn’t produce the same level of torque as the V8 though.

Infiniti hasn’t confirmed any specific details about the news, only saying that it will be a “huge unveil” on April 11. Stay tuned.