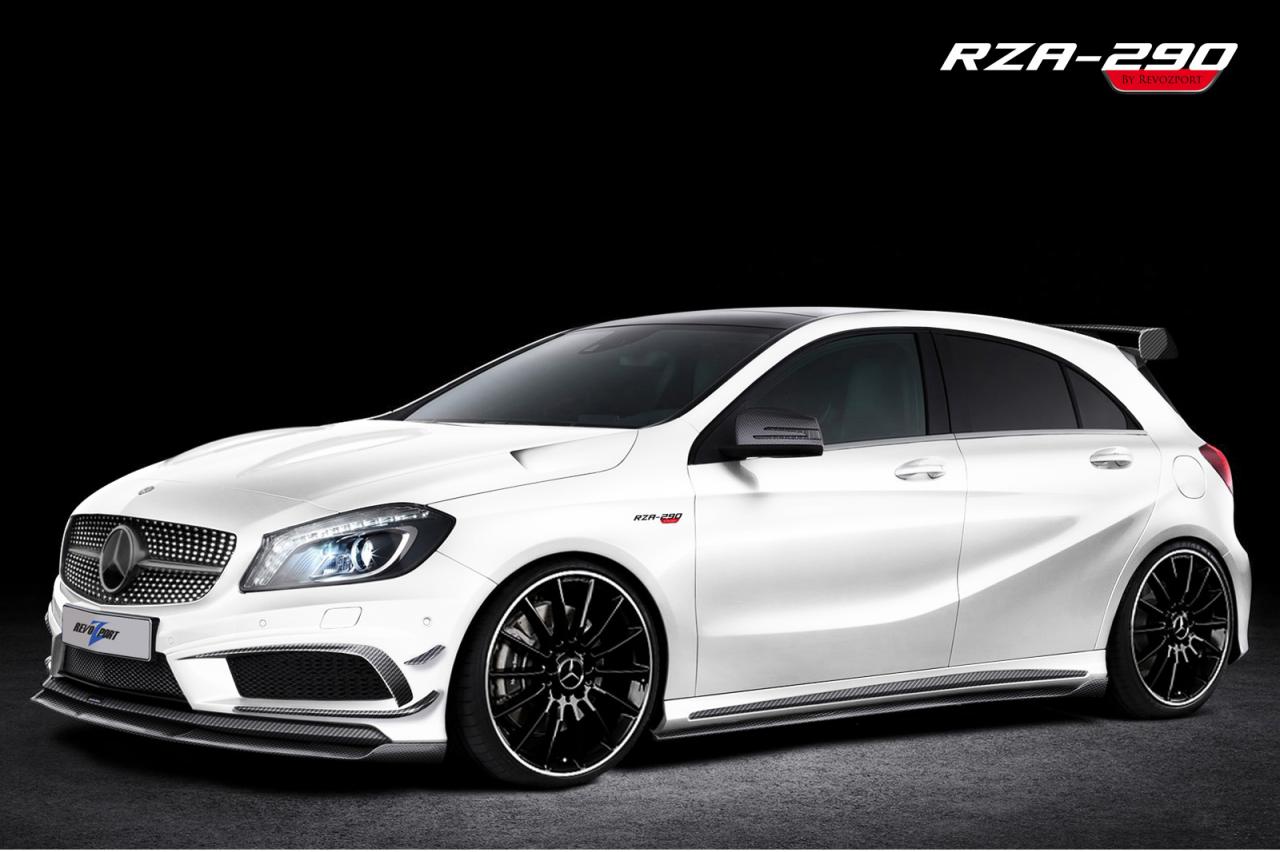 The new Mercedes-Benz A 250 has been waiting to be tuned up. From factory it’s already a zesty little machine. RevoZport in Germany has just announced the ‘RZA-290’ package to amplify its traits. 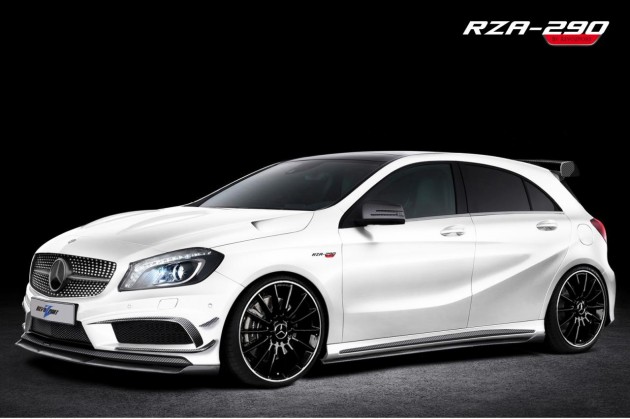 Power output is pushed out to a much more serious 213kW, which nudges on the upcoming A 45 AMG (265kW). The RevoZport package doesn’t use all-wheel drive though, however, acceleration from 0-100km/h should be drastically reduced from the factory 6.6-second time.

To help the bodywork keep up with the tune of the engine, RevoZport offers a number of different enhancements options. You can start with a carbon fibre front lip spoiler and carbon rear diffuser, and work your way up to carbon side skirts, a carbon grille, a custom vented bonnet, and even a large carbon rear wing if you wish.

RevoZport hasn’t mentioned any enhancements for the interior. Mercedes-Benz has done a great job with that though, with a sporty three-spoke steering wheel and a set of aviation-style air vents on the dash.

The company offers the parts as a complete kit or you can mix and match the aspects you like. Either way, you’re going to give your A 250 a definite boost in attitude.