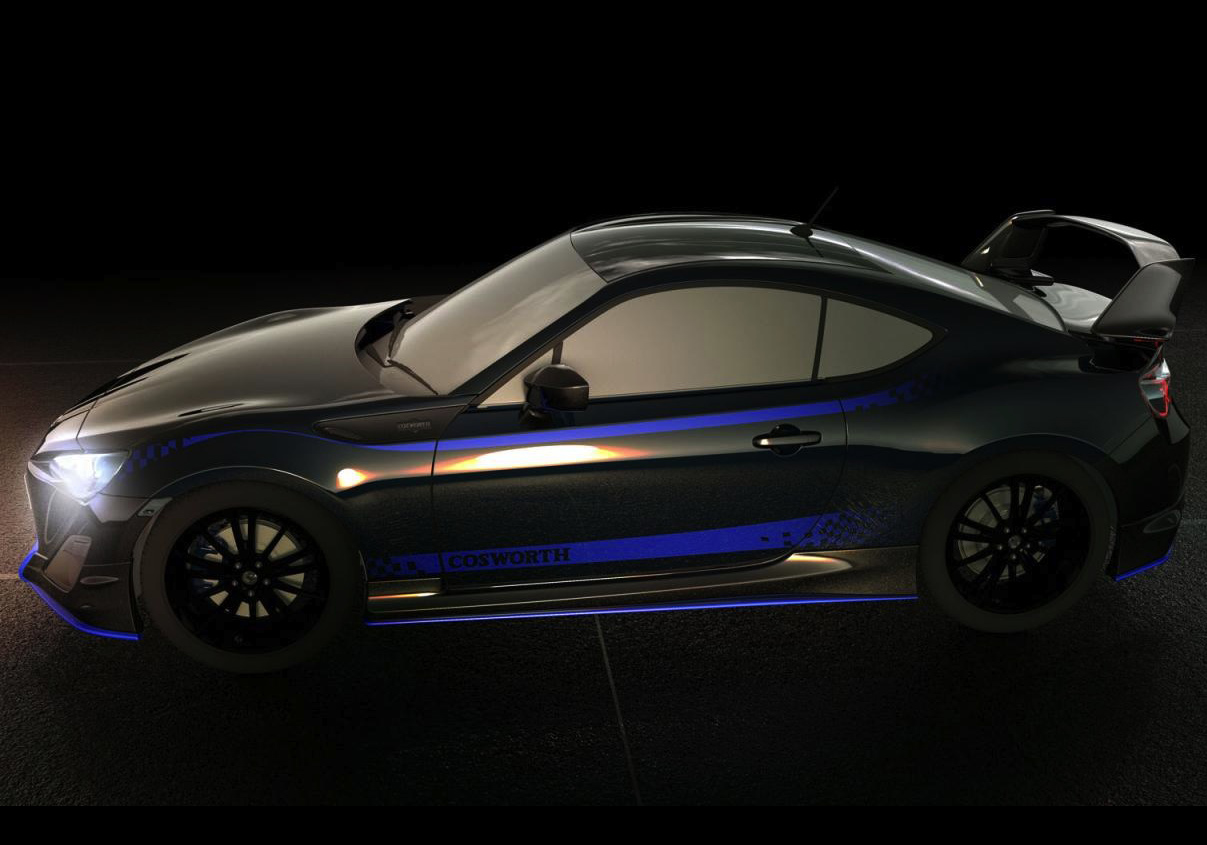 Looking to tune your Toyota 86/Subaru BRZ? Who isn’t? Well, here’s some inspiration. It’s the latest tuning program from Cosworth, called the FA-20. The highly renowned company has come up with a number of different specially-developed parts which enhance the overall performance of the car. 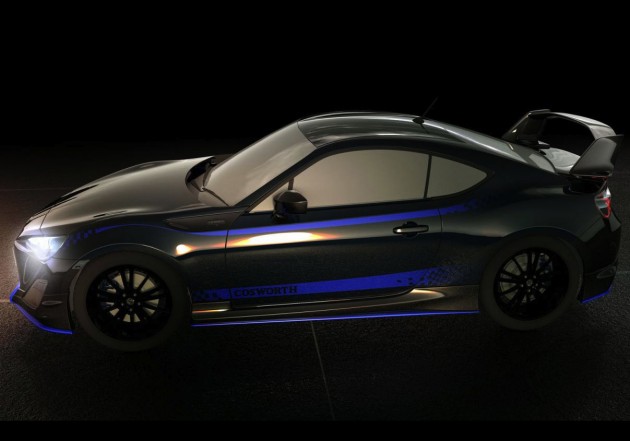 This is the tuning program teased a couple of weeks ago. The 86/BRZ has always been in need of a little more power, and so Cosworth developed the ‘Power Packages’.

Starting with the Stage 1 program. This sees the fitment of a custom free-flow exhaust system built by Nameless Performance, with a Y-shaped rear muffler, headers, and a combined overripe front pipe.

On top of this, there’s a Power by Cosworth engine calibration to optimise air/fuel flow, a high-flow air filter kit, and a low temperature thermostat to provide consistent and predictable performance.

In its standard form the 2.0-litre naturally aspirated boxer four-cylinder produces 147kW. With the Stage 1 Cosworth kit power is taken up to a much more healthy 171kW.

If that’s not enough, Cosworth is also planning further tuning and modifications which can take power up to 242kW, or as much as 283kW with a full motorsport-ready program. Specific details are yet to be announced.

In other areas, Cosworth offers some racy styling enhancements, such as a big rear wing and bodykit, bespoke lightweight alloy wheels, and some blue detailing down the sides and unique badges.

The popular rear-wheel drive sports coupe is already a brilliant drive. These options would no doubt amplify the excellent characteristics.