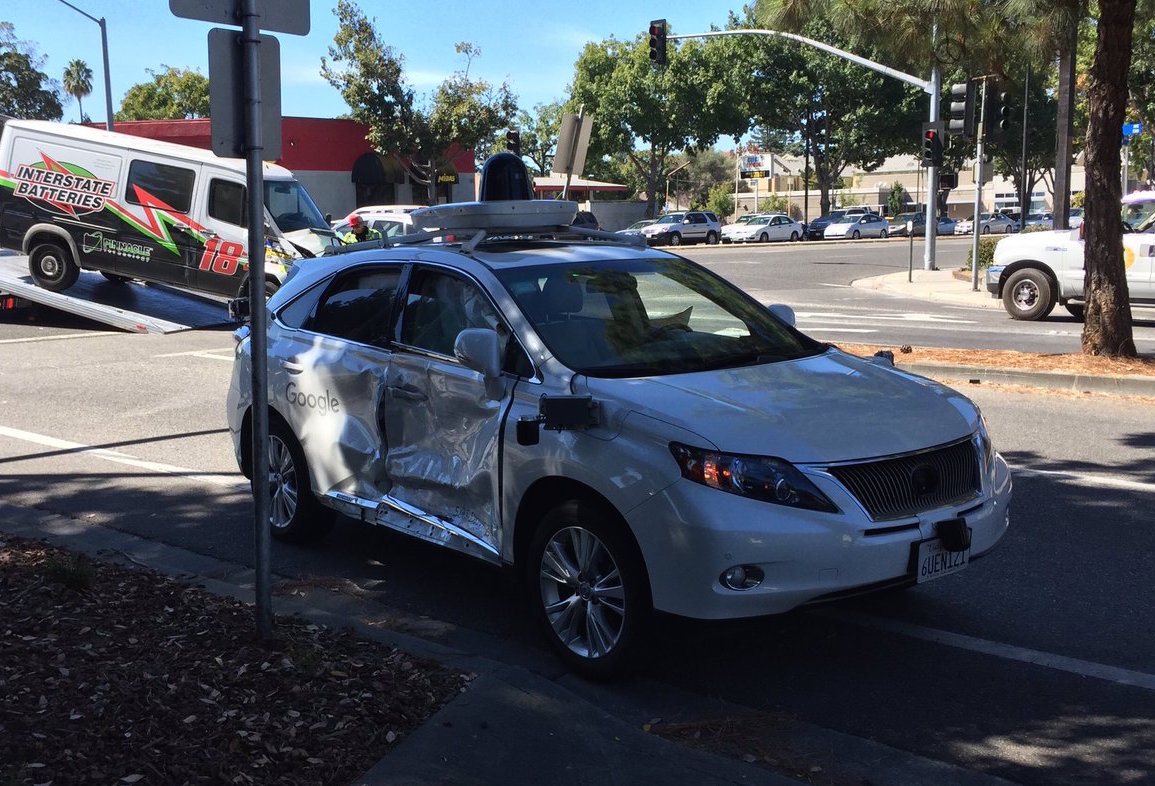 One of Google’s self-driving prototype vehicles has been involved in an accident after being T-boned at an intersection in Mountain View, California. 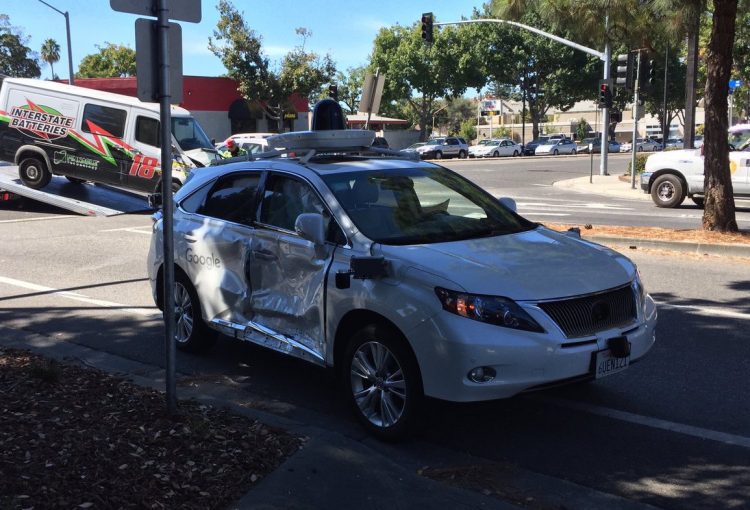 In Google’s self-driving project’s most severe incident to date, its Lexus RX 450h was hit side-on while passing through an intersection, with the incident ultimately caused by the human driver of a commercial van. No injuries were reported. Google has since issued a statement, saying:

“A car heading westbound on El Camino Real ran a red light and collided with the right side of our vehicle. Our light was green for at least six seconds before our car entered the intersection.”

In what could be a possible jab at the driver of the van, Google added that: “Human error plays a role in 94 per cent of [urban] crashes [in the US], which is why we’re developing fully self-driving technology to make our roads safer.”

Coincidentally, in February this year an identical Lexus self-driving vehicle was involved in a low-speed collision with a bus, on the same stretch of road. However, in this instance, Google’s vehicle was at fault. Shortly after, Google’s CEO Eric Schmidt said that:

“The technology is never good enough, we have a 5mph accident which everyone is aware of. We had one [accident] with a bus, which is not good enough. We are trying to get as close to [an accident rate of] zero as possible.”

Google’s fleet-learning program for its self-driving cars kicked off in 2012, and amassed a claimed 1.6 million kilometres before its first incident was reported in February. Google announced earlier this year that during the research and development phase of its autonomous tech, human drivers had to intervene 341 times during a 14-month period in response to a combination of both software errors and to avoid hazards.

A further 13 times a driver was needed to avoid a collision, it has been reported. Google aims to make its self-driving vehicles available for public use by 2020.