Volkswagen has unveiled the Volkswagen Beetle R Concept at the 2011 Los Angeles Auto Show. This is the concept’s North American debut, after being originally shown at the 2011 Frankfurt Motor Show earlier this year. 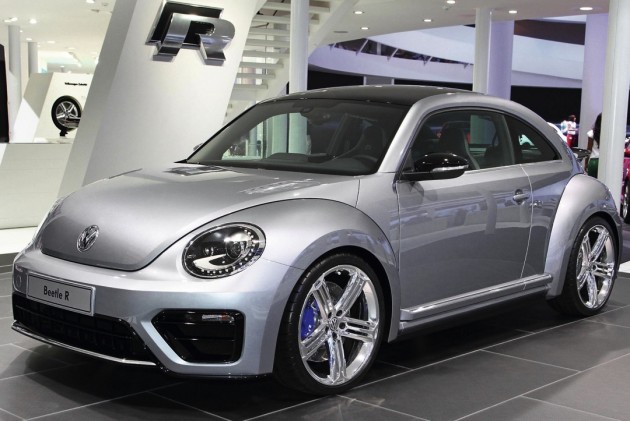 As we know, the Volkswagen Beetle R Concept is a more muscular version of the new Volkswagen Beetle. It features pumped wheels arches front and rear, wider bumper bars (by 30mm), wider rear guards (by 15mm), and various vents and ducts.

Powertrain details for the R Concept are fairly vague, however, Volkswagen hints at a similar powertrain as the one seen in the Golf R. In that, it uses a 2.0-litre turbocharged four-cylinder developing 199kW of power (188kW for Australian-specification). 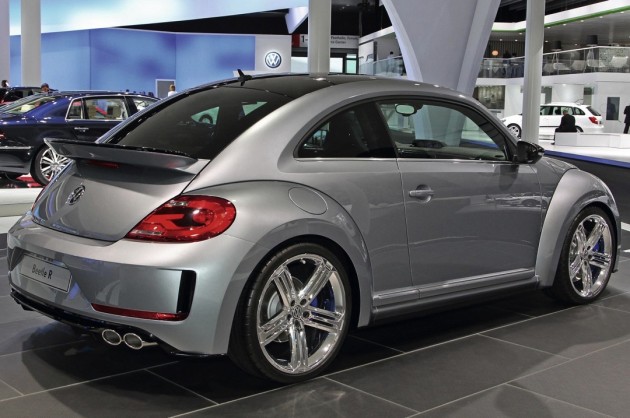 Although the Volkswagen Beetle R Concept is just a concept, Autocar in the UK has managed to snag a very promising quote from Volkswagen that it will go into production. Volkswagen America boss Jonathan Browning said that the concept is

“a glimpse of what a production version will look like. Today it’s still a concept, but I talk about it in those terms with a twinkle in my eye.”

Production specifications are a little hazy at this stage, but it is expected to offer a similar personality to the concept with a somewhat toned down body design. No word was mentioned on the timing.