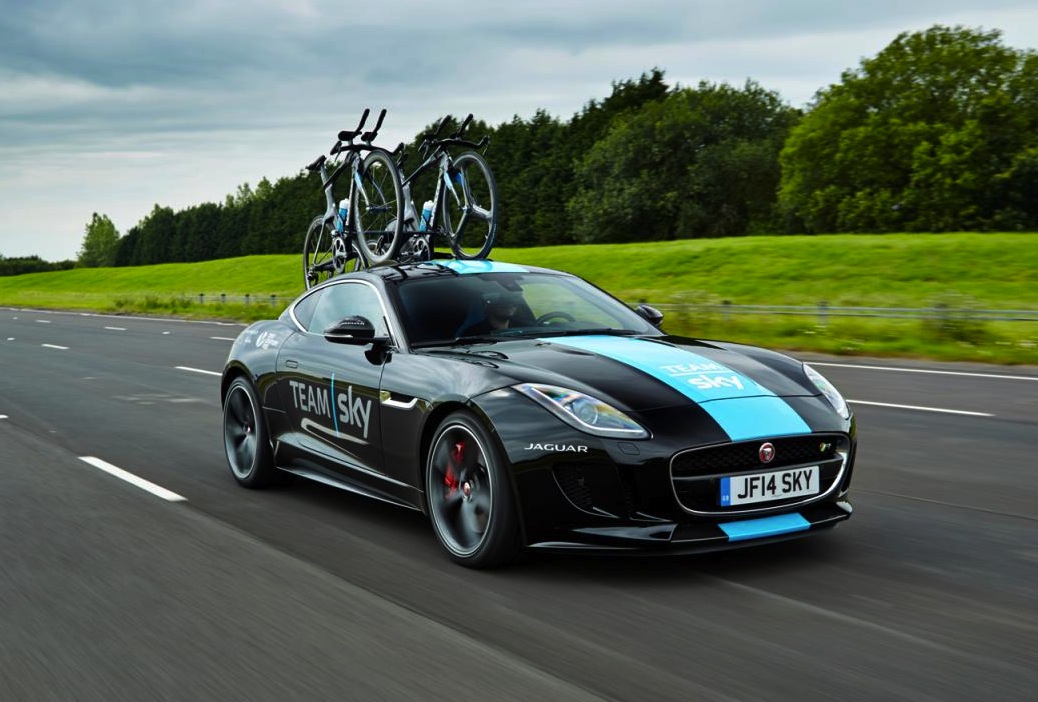 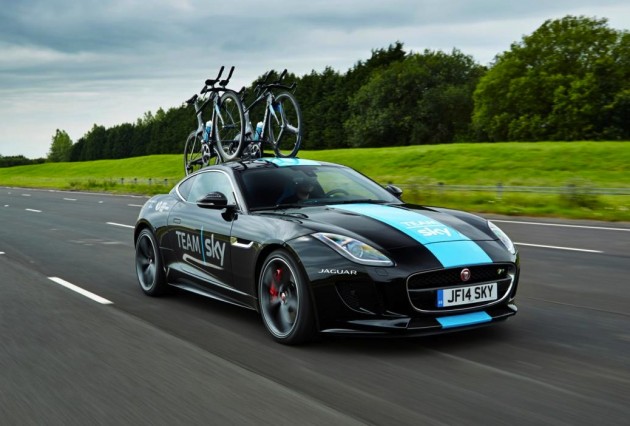 Based on the regular F-Type Coupe, which is a fire-breathing 405kW supercharged V8 monster, the special Tour de France version is equipped with a bespoke bike rack setup to carry two of Team Sky’s Pinarello Bolide TT bikes.

In the back is a separate electrical supply to power various accessories, such as radios and microphones, as well as TVs and accompanying communications equipment so the team boss can talk with the riders.

The car will be used in Stage 20 of the big ride, covering the 54km route. It replaces the Jaguar XF Sportback wagon support vehicle that has been used up until now. Sir Dave Brailsford, team principal at Team Sky, said,

“Jaguar is an iconic British brand that has been an integral partner for Team Sky for over four years. We have already benefited from their high performance credentials and expertise in technological capabilities and engineering innovations, particularly with the recent development of the Pinarello Dogma F8. This F-TYPE concept is a world class vehicle that will help get the best out of the team on the TT stages.”

To complete the look the F-Type is dressed in Team Sky’s official colours and features a matching two-tone interior.

So, how do we sign up to be a support vehicle driver?