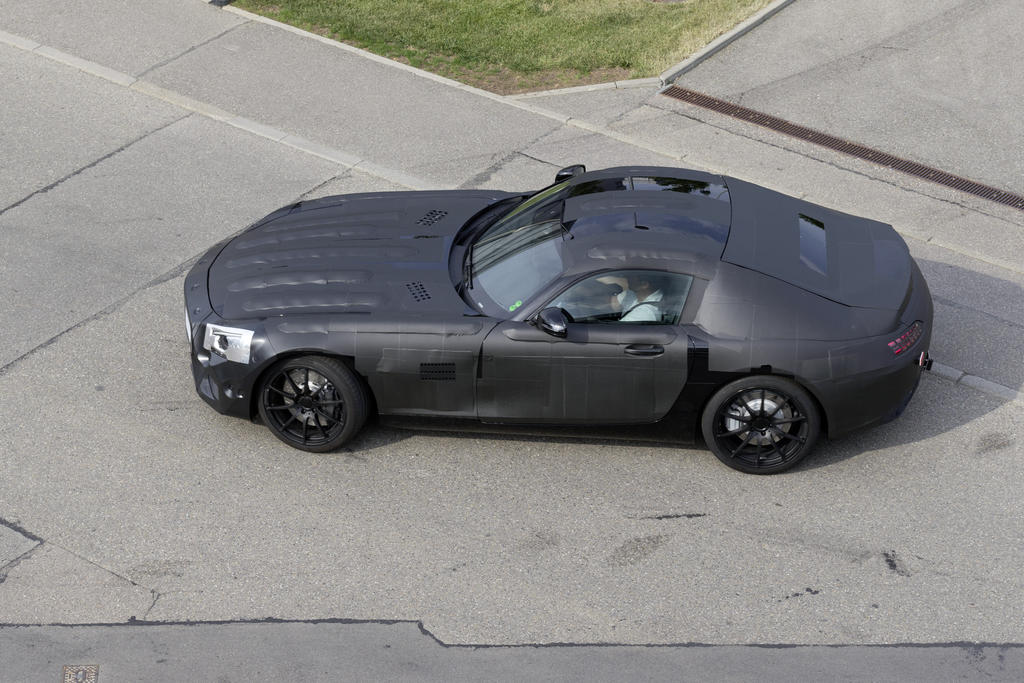 Mercedes-Benz has released some images showing a prototype version of the upcoming ‘SLC’ AMG sports coupe. The images confirm such a model is on the way, ready to take on the likes of the Porsche 911. 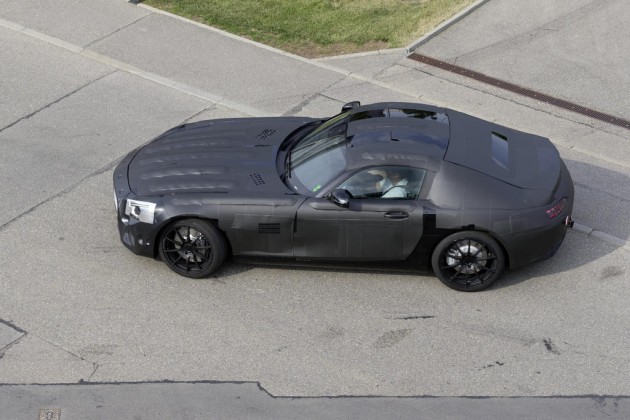 The SLC will sit beneath the grand daddy SLS AMG in the range, offering sporty driving characteristics. The coupe will be more of a driver’s car compared with the SLS, being smaller and more nimble, with a higher focus on point-to-point speed and agility.

Definite specifications are yet to be revealed, however, the new model will reportedly come with a powerful V8 engine. There’s speculation suggesting it will get a new 4.0-litre twin-turbo V8, or an iteration of the current 4.7-litre twin-turbo V8. Either way, the car will likely offer around 373kW (500hp). 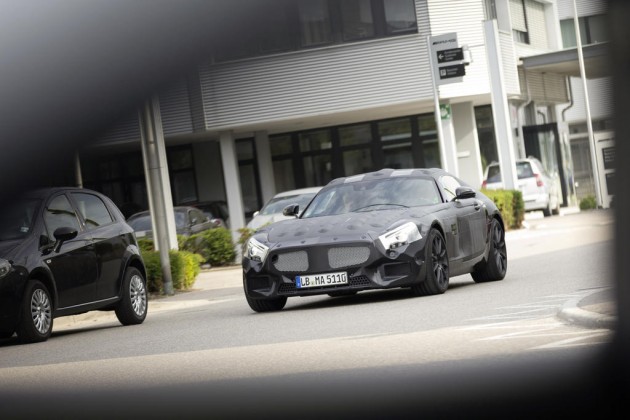 Although the new model is being dubbed the ‘SLC’, Mercedes-Benz has apparently expressed this will not be the name, as it shares no major mechanical relationship with any SL-Class model.

It’s hard to tell from these images, but the new model is expected to be around the size of an E-Class Coupe or slightly smaller.

Being an AMG model, the car will come with lots of tasty performance features, such as huge cross-drilled multi-piston brakes, a belching exhaust system, an aggressive front end with air intakes and cooling ducts, and some aerodynamic highlights.