Mercedes-Benz has been spotted carting around an undisguised 2014 Mercedes-Benz S-Class, supposedly during a photo shoot. Images of the interior have also been revealed. The flagship sedan isn’t set to be officially revealed until May 15. 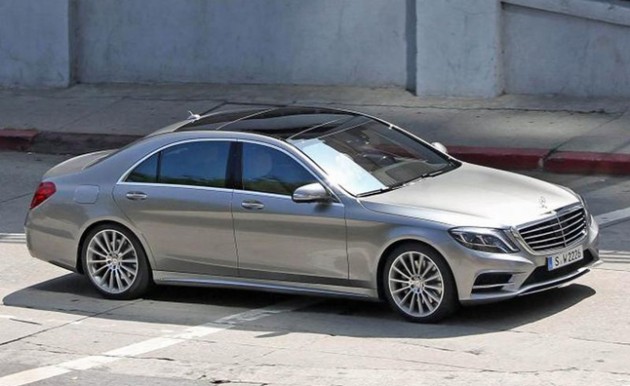 The first thing you might notice about the new model is the lack of the long rear wheel arch bulges, which are featured on the current model. Mercedes-Benz seems to have cut these from the design, making way for a sleeker look that’s in tune with the company’s styling language.

At the front the 2014 S-Class showcases a tighter grille and headlight layout, with a more sporty lower front bumper bar. With side skirt sill extensions, the S-Class looks more like a sports sedan, being closer to the ground, while around the back it’s finished off with a curvier, sexier, tail with LED lights.

Some advanced technologies and features for the new S-Class include Magic Body Control which uses cameras to determine the road surface ahead and adjusts the suspension accordingly, a surround camera view for parking, soft-close doors, reclining rear seats, a Burmester audio system, as well as a 12.3-inch dash interface. 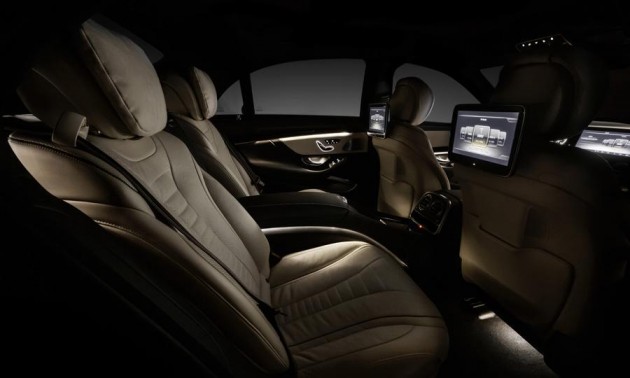 As you can see, the interior is filled with functions and controls. In fact, there’s around 156 different buttons inside that users can play with. This includes 12 on the steering wheel and 23 on the driver’s door alone.

The new model is set to go on sale in May in Germany, followed by an Australian launch later this year. Longer wheelbase versions, and of course the high-performance S 63 AMG, will join the lineup later in the year too.