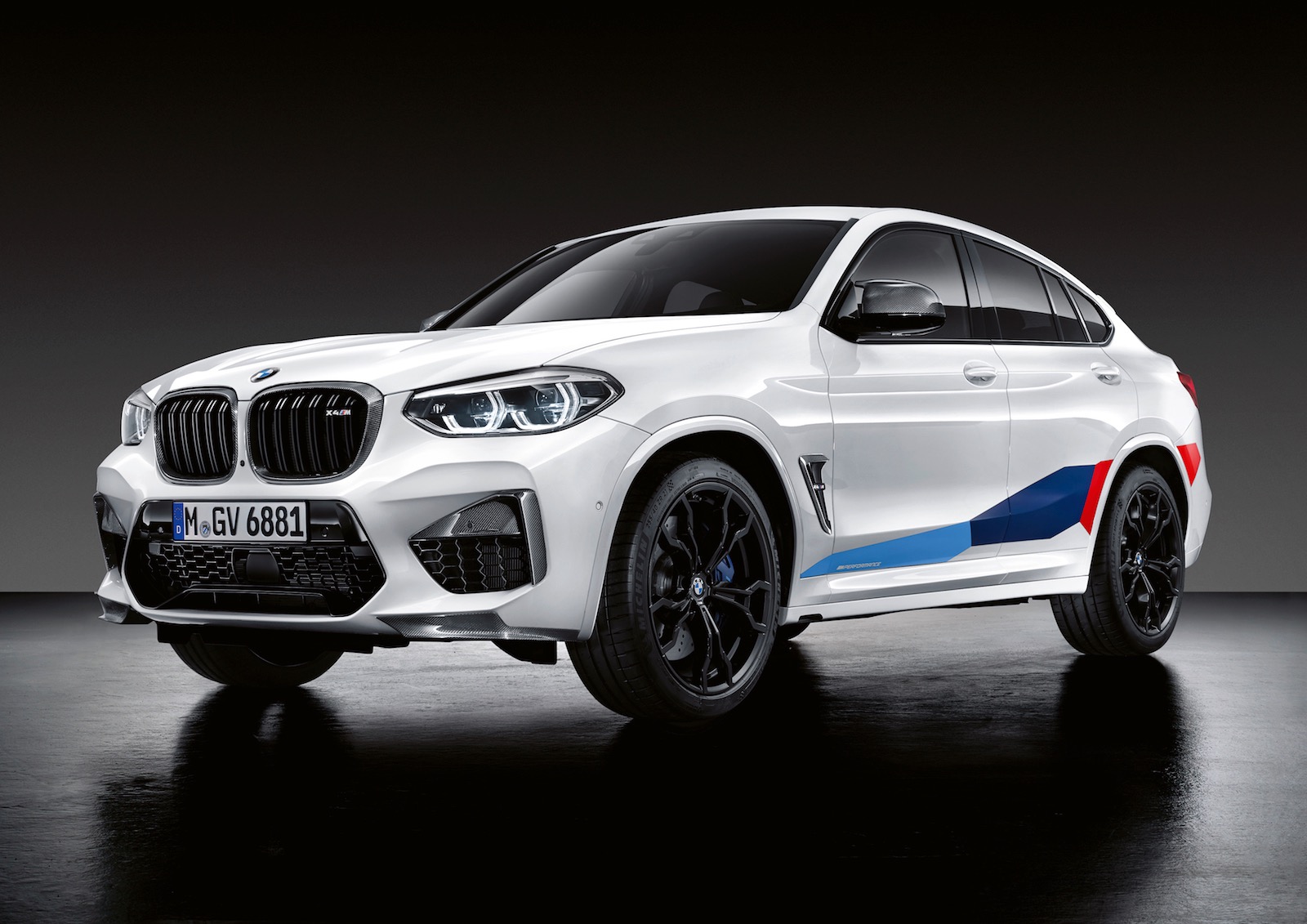 BMW has revealed a suite of M Performance enhancement parts that will be available for the hot new X3 M and X4 M high-performance mid-size SUVs. They concentrate on boosting the visual excitement and the in-car atmosphere. 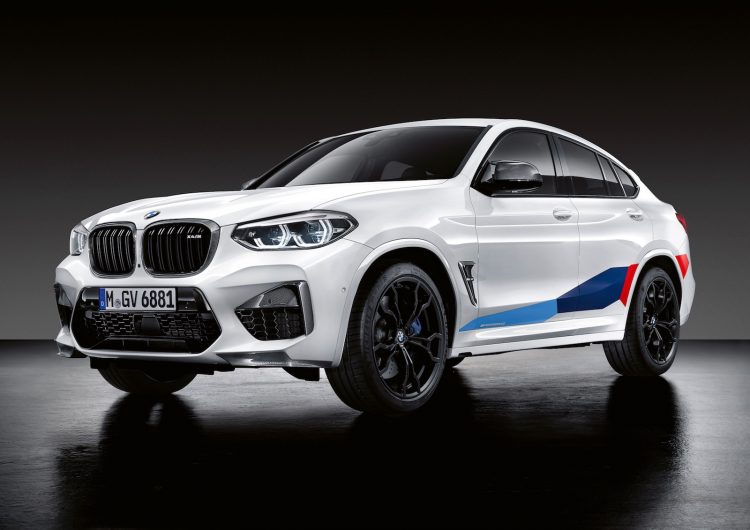 Starting with the exterior, M Performance has developed a subtle carbon fibre aero package for the SUVs. At the front are some neatly integrated corner fins that help scoop up airflow, with matching carbon side intake clusters. There’s also some carbon fibre surrounds for the trademark kidney grilles.

More carbon fibre is applied to the side mirror caps, while a large rear spoiler in gloss black can be fitted to the X3 M. BMW says the carbon parts are crafted by hand and sealed with a clear finish. The company also says the parts provide functional benefit, being lightweight and aerodynamically optimised, as well as boosting the cosmetic appeal of the mid-sizers. 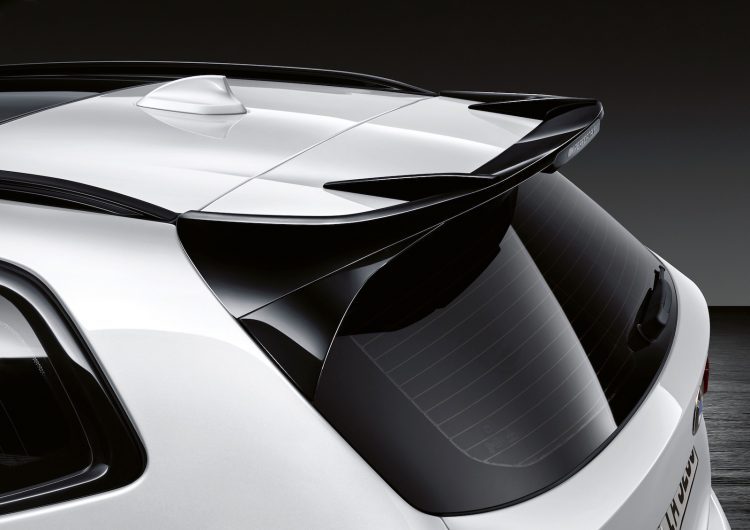 Inside, buyers are presented with a range of options, including a bespoke Alcantara-wrapped steering wheel with special M Performance paddle shifters made from carbon fibre, with more carbon for the spokes of the wheel. The exotic material can also be applied to parts of the door trim, dash and centre console for an overall racier theme.

No mechanical enhancements are being announced by M Performance for the SUVs, but that’s probably going to be okay for most owners. Both models come with a 3.0-litre twin-turbo inline six engine that produces 353kW (or 375kW for the Competition variants) and 600Nm. This is enough oomph to dust off 0-100km/h in a claimed 4.2 seconds (4.1 for the Competition).

BMW Australia recently announced local prices and specs for the X3 M and X4 M – you can check out the full story here. Market entry is scheduled to commence in August. We suspect some of – or all of – these parts will be made available in Australia in due course.