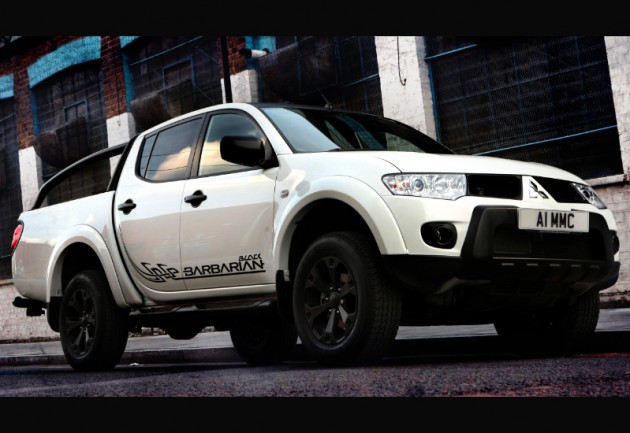 On the exterior, special features include black 17-inch alloy wheels, with matching black highlights such as side mirrors, a front protection guard, grille, side steps, and a black wrap on the roof.

Inside, the cabin is treated to a leather upholstery with carbon-effect seats with embossed logos, as well as a Kenwood stereo system with a multifunction display and compass.

Unfortunately, there’s no talk of a special high pressure high-powered turbo-diesel under the bonnet. It certainly looks as though it comes packing a decent punch though.

Prices for the Mitsubishi L200 Barbarian Black start at £23,899 for the manual transmission version, and £25,299 for the automatic.