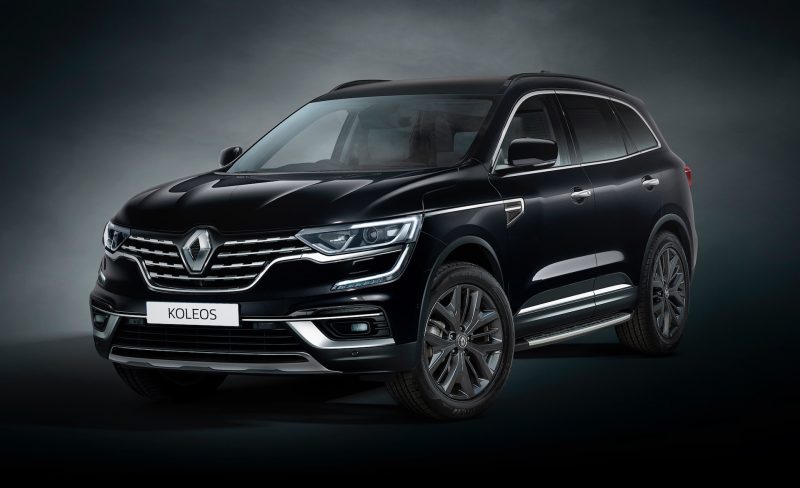 Renault Australia is spicing up the very popular mid-size SUV range with the introduction of the 2020 Koleos Black Edition. It features a range of fashionably darkened highlights. 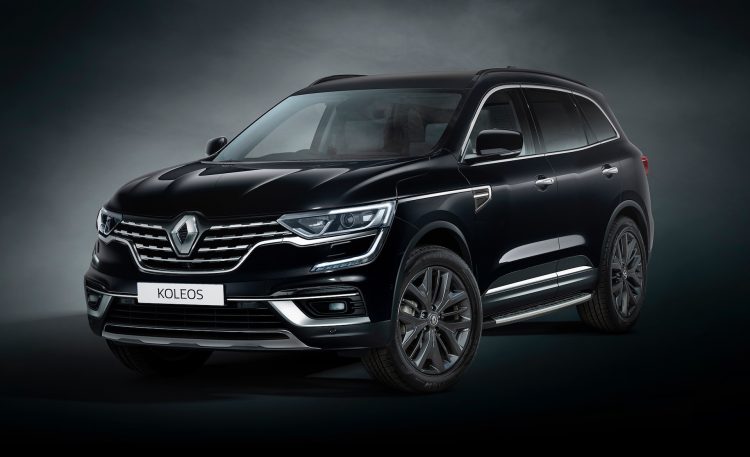 It’s based on the base Zen variant, which comes with a 2.5-litre petrol four-cylinder engine that develops 126kW and 226Nm. Like the Nissan X-Trail, which the Koleos borrows its underpinnings from, this engine is paired exclusively to a CVT auto transmission.

The Zen is only available with front-wheel drive and offers an official fuel consumption average of 8.1L/100km. It also offers a spacious boot, measuring in at 458L/1690L, depending on the position of the rear seats. So, what about the Black Edition?

Renault says it has added in $3000 worth of bonus equipment. For starters the SUV is only available in three metallic exterior colours to ensure exclusivity; Black, Grey, and Universal White. Whatever colour you choose the exterior is also treated with special 19-inch dark grey alloy wheels (up from 18s on the regular Zen).

“We redefined value with the launch of the new Koleos. Now we are adding a new level of joie de vivre with the Black Edition. We have added some black magic to our range and our dealers are already filling the order books. Any customer interested in Australia’s best value medium SUV should act quickly.”

As per all Koleos models, the interior is packed with Renault’s latest 7.0-inch touch-screen multimedia system offering both Android Auto and Apple CarPlay support. Various active safety systems are also part of the package, with autonomous emergency braking, lane departure warning, a rear-view camera, and blind-spot warning all coming as standard.

Renault Australia is planning to offer just 400 examples of the Koleos Black Edition. It’s on sale now priced from $36,990 drive-away, which compares well with the regular Zen retail price of $35,990. The company offers an impressive seven-year/unlimited kilometre warranty for further peace of mind.