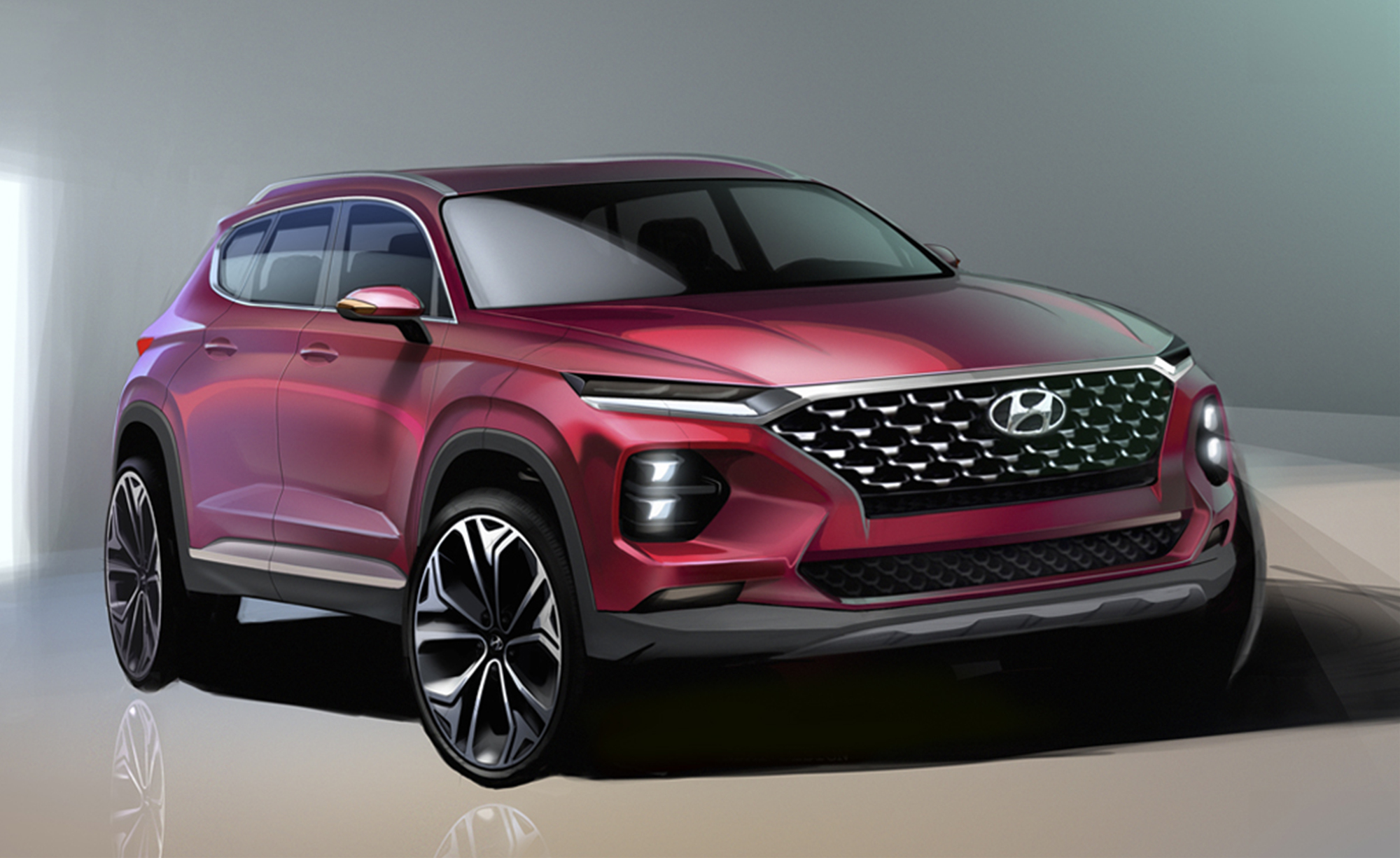 Following the teaser last week, Hyundai has handed out a couple of digital renderings of the all-new, 2018 Hyundai Santa Fe ahead of its Geneva motor show debut in March. 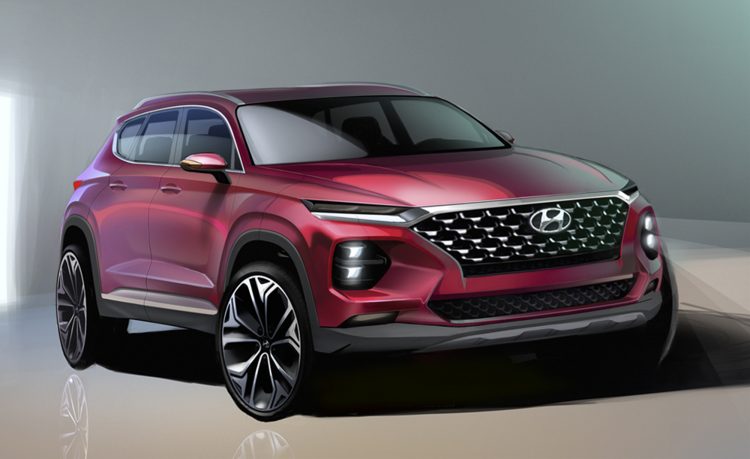 The renderings reveal a sharp, futuristic, and somewhat sporty design for the new 7-seat SUV. Clearly it has borrowed some of the design cues from the Kona SUV, which was penned at Hyundai’s California studio.

At the front is the company’s latest ‘cascading grille’ layout, supported at either side by separated headlights with LED daytime running lights up top and the proper main beams mounted below.

From the side there’s more defined body lines that draw back from the frontal highlights, with a slightly tilted roofline. Hyundai has provided a sporty swooping look via an up-kick for the D-pillar, as opposed to bringing down the roofline which would have impaired rear seat headroom.

Around at the back the 2018 Santa Fe looks like it has a bit of a Skoda Superb thing going on, with very thin taillights and a protruding upper lip. There’s also a sporty rear apron with integrated exhaust outlets and a bash-plate-style under-section.

No specifications have been confirmed yet for the new model. As far as we know the 2.2-litre turbo-diesel will carry over largely as is, however, a turbocharged petrol is likely to come in. Whether it will be the 1.6 turbo – which produces between 130kW and 150kW in other models – or the 2.0-litre turbo – which develops 180kW – is unknown.

All will be revealed at the Geneva show which opens its doors to the public on March 8. 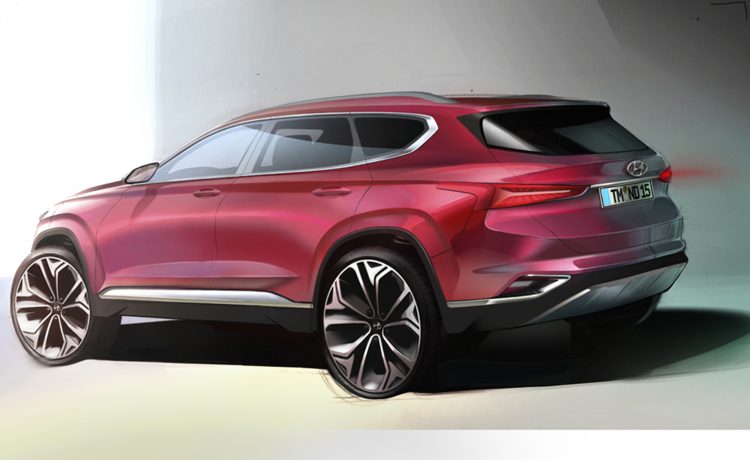