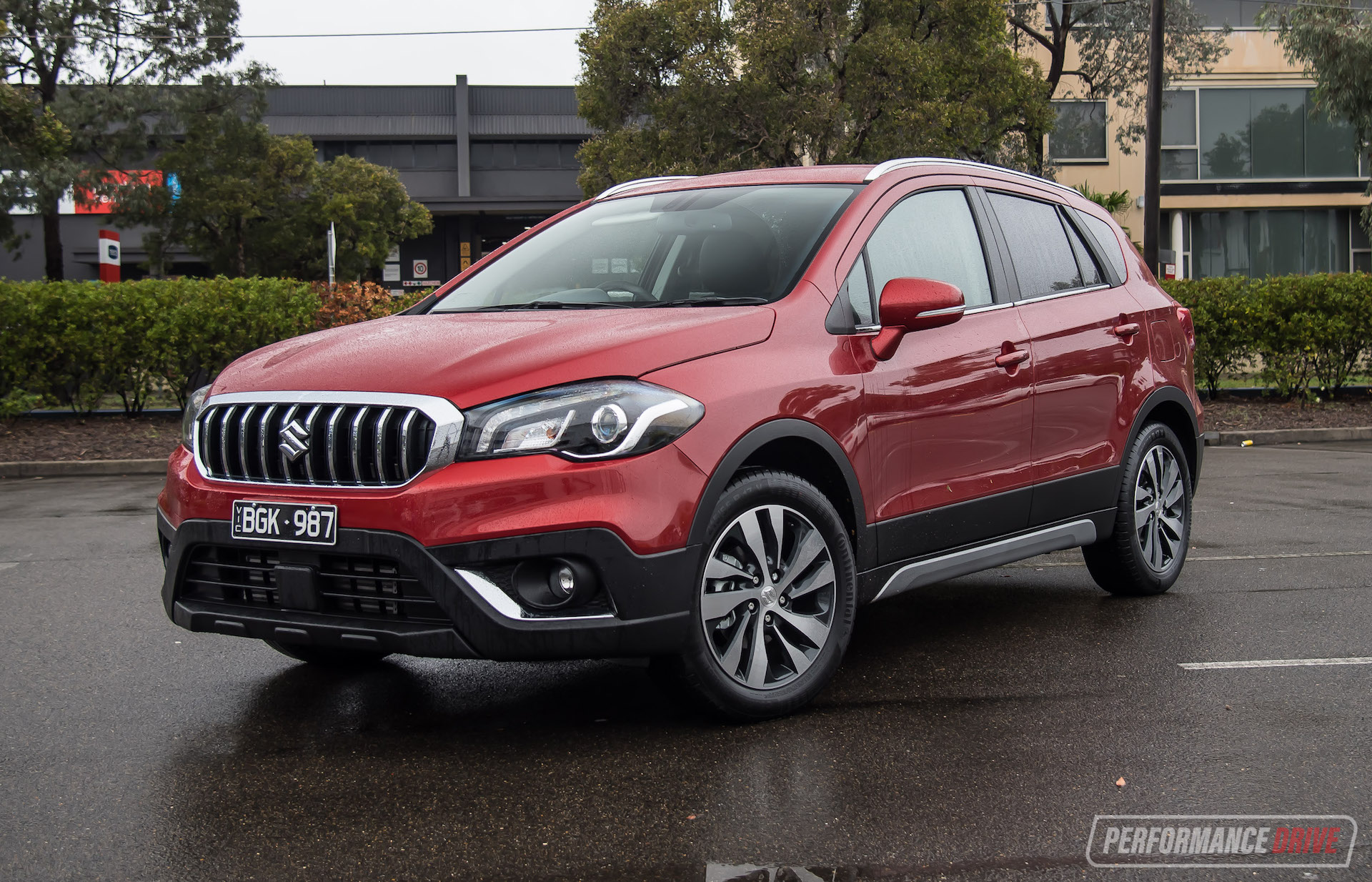 With so many big, bold carmakers flooding the compact SUV market, it’s easy to forget about the quiet achievers. And in some cases, they deserve just as much attention. Like the 2020 Suzuki S-Cross. It was previously named the SX4, changed to suit the loss of all-wheel drive. 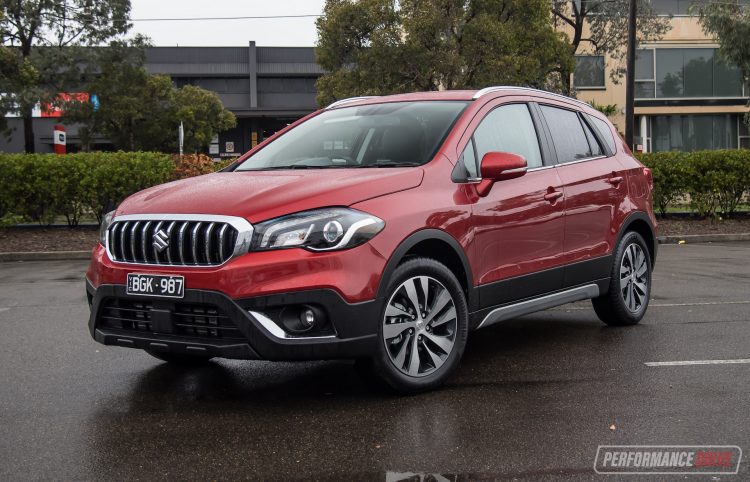 Since 2016, it’s a lighter, bigger, more economical front-wheel drive model, segregating itself further from the similar-sized Suzuki Vitara, which is available with all-wheel drive. However, Suzuki hasn’t made any changes for the 2020 model. Is it now slipping behind the market standards?

The S-Cross competes against the likes of the Subaru XV, Kia Seltos and Toyota C-HR, though with a limited model lineup compared with most. You can buy the plainly named S-Cross Turbo or the S-Cross Turbo Prestige. Both are fitted with a neat little 1.4-litre turbo four-cylinder petrol engine, matched exclusively to a six-speed auto transmission.

Prices begin at $28,490 and only rise $1500 to $29,990 for the Prestige that we’re testing here (plus on-road costs). The price for the Prestige hasn’t changed since this generation launched in 2016, despite there being no updates to the vehicle. 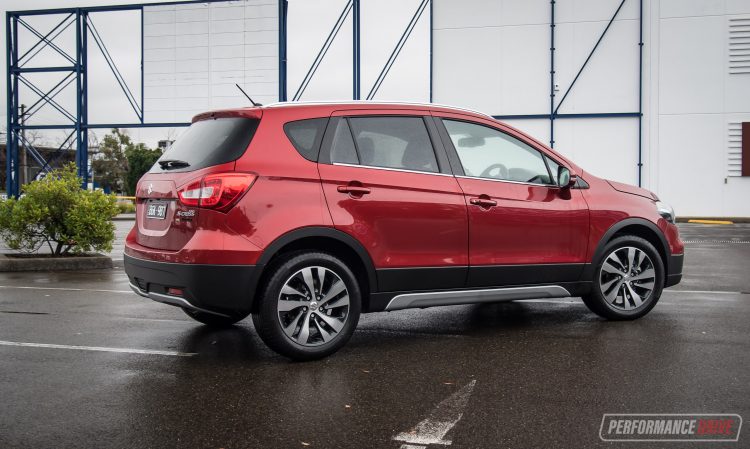 The Hungarian-built small SUV presents itself with fairly a conservative design. It is mostly made up of soft edges and contours, rugged-looking unpainted lower skirting all around, and a rather chunky and out of place chrome front grille that doesn’t really match the rest of the car, in our opinion. There’s no real stand out in exterior styling here, which would be perfect for drivers who just like to blend in.

The interior is much the same – a bit bland, but easy to navigate. And the good thing about having a vanilla interior is that the space around you feels airy and non-intrusive. There is plenty of room whether you’re sitting in the front or second row, with a notable amount of headroom on entry/exit. Materials and surfaces don’t feel weak or cheap, but we’d like to see rear air vents, a bigger centre cup holder, and a wireless phone charging pad to keep up with the market. 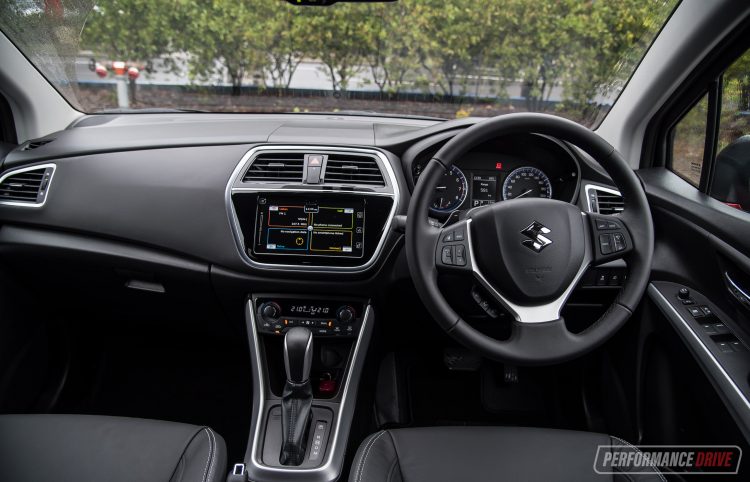 If boot space is high in your requirements, the S-Cross will not disappoint. It measures in at 430 litres, which is bigger than the Subaru XV’s 310 litres, only slightly smaller than the Honda HR-V’s 437 litres, and smaller than the Kia Seltos’s 498 litres. Measurements aside, it is a very usable boot in the way of packing and unpacking thanks to its dual level floor, and it seems to be wider than most. 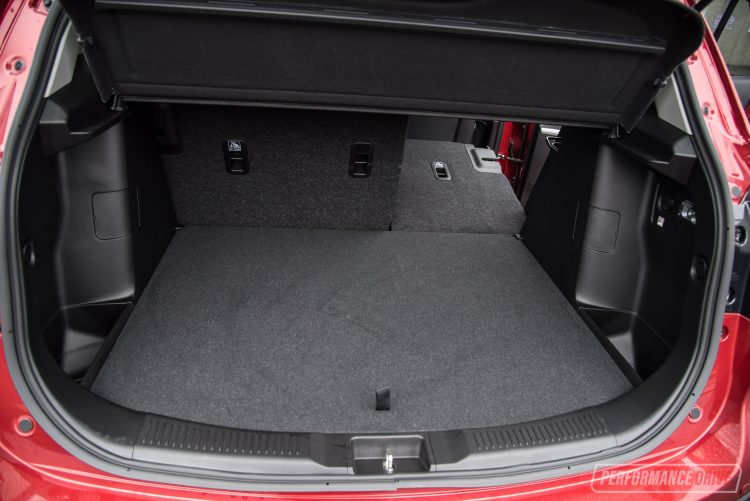 Neglectfully, there is no sign of autonomous emergency braking with forward collision warning, lane-keeping assist, driver attention alert, front parking sensors or adaptive cruise control. No matter which variant you go for. And none of this is even available as an optional extra. This is a real shame because these technologies have become very important in maintaining road safety, and some are needed for a five-star ANCAP safety rating. Something the S-Cross doesn’t have – the current model is unrated.

The extra $1500 for the Prestige gets you leather-accented seats, rain-sensing wipers, rear parking sensors, an auto-dimming rear-view mirror, and front and rear LED lights. Both feature 17-inch wheels with 215/55 tyres, but the spoke finishes are different.

Suzuki now offers a generous five-year, unlimited kilometre warranty. And servicing is required every 10,000km or 12 months. It’s good to see Suzuki has stepped up to the new market benchmark in this department. 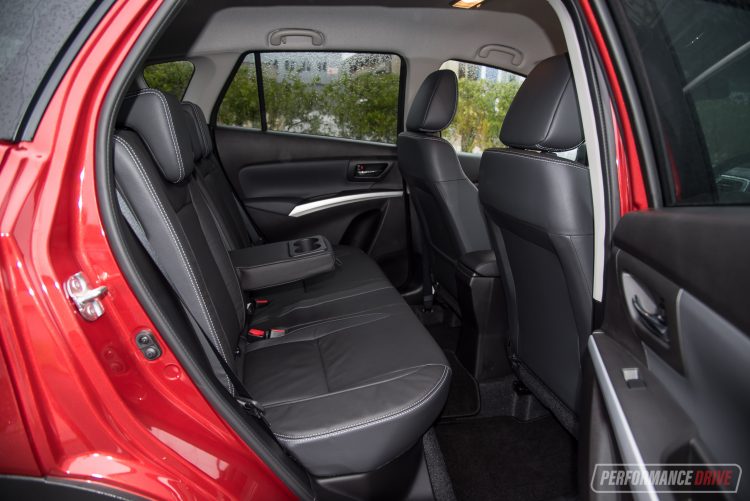 Although it’s a small SUV, likely attracted by buyers who don’t care about bells and whistles, we think the powertrain is one of the best things about the S-Cross. The 1.4-litre turbo-petrol feels lively and sounds happy to be pushed. It pumps out 103kW, but it feels like more. This is likely due to the S-Cross weighing only 1170kg.

During our test we were never in a situation where we felt like we needed more power. It pulls up long steep hills with the eagerness of something much more sporty, yet it’s also effortless in its execution. Flat-out acceleration is also impressive, if you need it. Our test revealed a brisk 0-100km/h time of 8.17 seconds.

The engine is paired with a you-beaut six-speed auto gearbox. It’s fantastic that you don’t get lumped with one of those mediocre CVT autos that are becoming more and more common in this market segment. The six ratios seem well-matched to the engine and its broad peak torque accessibility, hitting 220Nm between 1500-4000rpm. It quickly jumps to the right gear for the given situation, too. 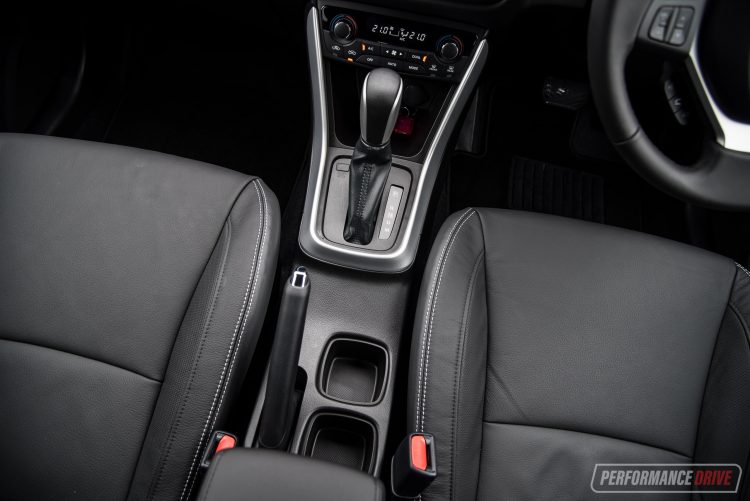 Helped by the change to front-wheel drive only a few years ago, fuel consumption is also impressive from the 1.4 engine. Officially, it burns only 5.9L/100km on the combined cycle. And it doesn’t seem to rise all that much when you give it the custard. Our average over a week came in at just 6.4L/100km. However, it does require a minimum 95 RON fuel, which will cost you a little more on each fill up.

As mentioned, the S-Cross has lost its all-wheel drive capability. So, traction during wet conditions or on dirt roads is diminished. But we bet most S-Cross drivers will be sticking to the bitumen anyway. If not, there’s always the Suzuki Vitara. 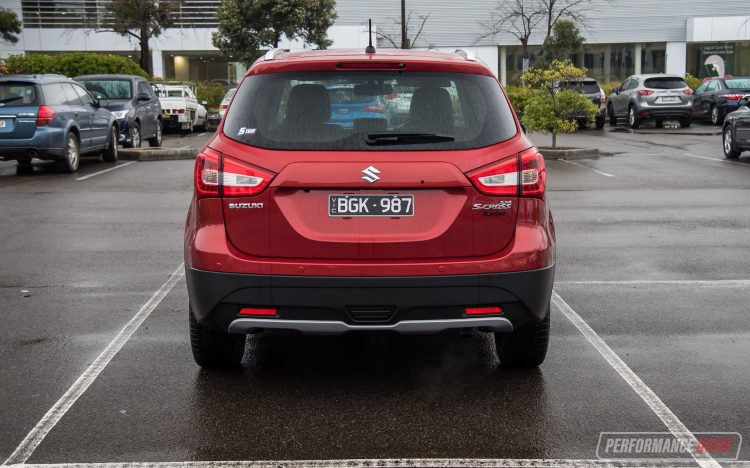 In terms of driving dynamics, the S-Cross tends to be a tad saggy with some minor body roll due to soft springs. The torsion beam rear suspension setup doesn’t help with dynamics either (MacPherson struts at the front). You can feel the weight swapping from side to side as you make turns, more so than many rivals. However, the softness means the ride quality in normal circumstances is very comfortable. It’s especially relaxing in the city where there are often heavily-trafficked and ruined road surfaces.

If you want something that’s easy to drive, there aren’t many cars that top the S-Cross. With light steering, great visibility, and an overall feeling of lightness, it is ultra-easy to manage in tight spaces and negotiating through car parks. It also cruises on the highway nicely, although it can wander in the lane a bit during crosswinds – a good reason to bring in lane-keeping safety tech? 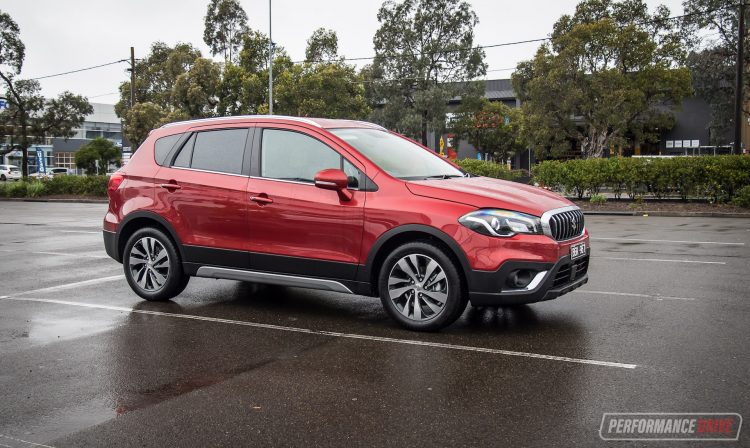 Our verdict with the Suzuki S-Cross is mixed. It depends on what is most important to you. If you want an easy run-of-the-mill small SUV, you should consider the S-Cross and at least take it for a test drive. It is light on its feet, impressively roomy, and the engine and gearbox are a perfect match to ensure your drive is never breathless or buzzy.

If you expect the latest safety tech (and everyone should), most of which is now standard on most rivals, you will be disappointed. There is no longer any excuse for a new car to lack auto emergency braking, lane-keeping assist or driver attention alert. We just cannot look past this. And for that reason alone we think the S-Cross is now overpriced and/or in need of a decent update.