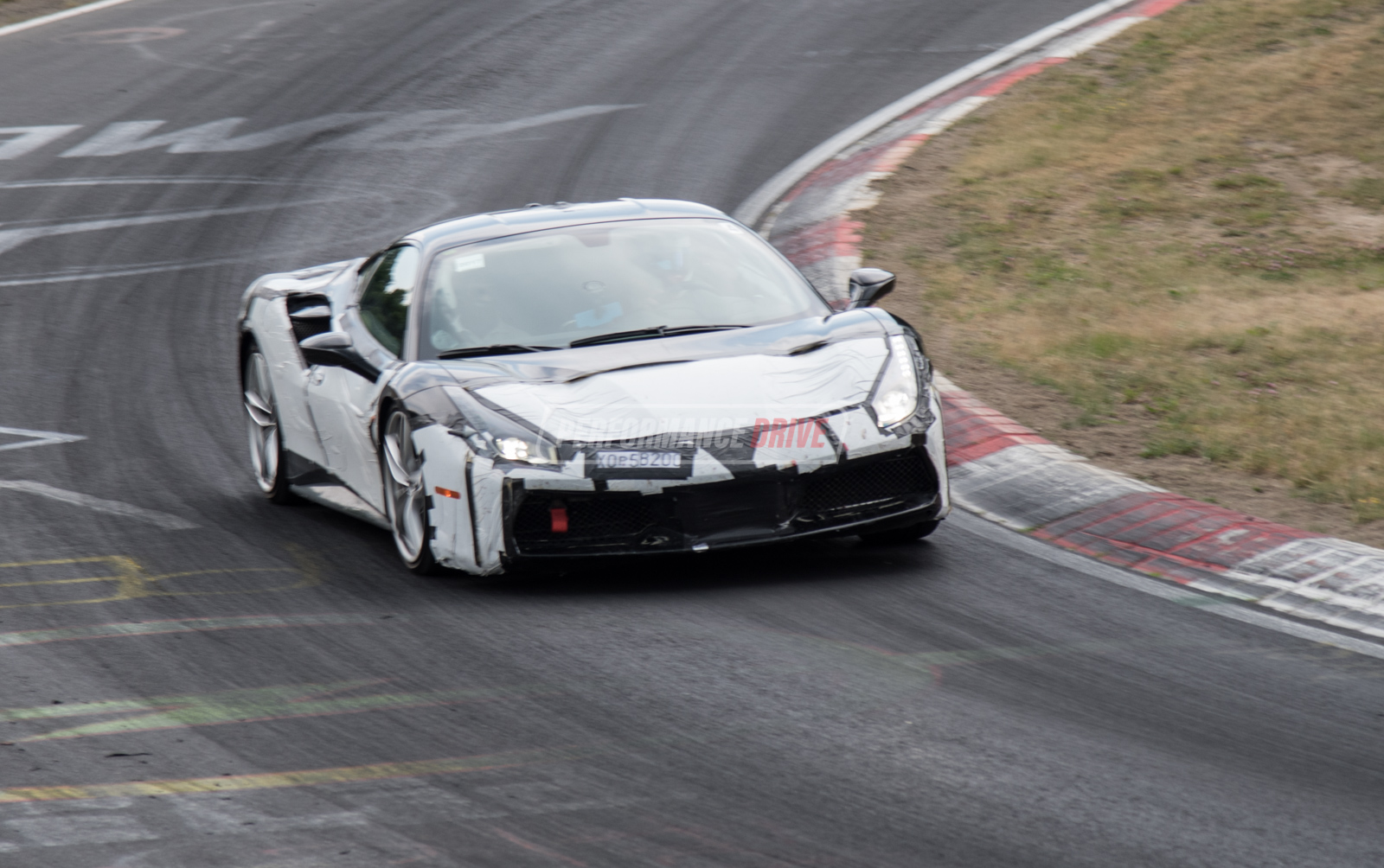 Ferrari has been spotted testing a mysterious prototype out on the Nurburgring. We know it’s wearing a 488 body, but some are predicting it to be the successor to the 458 Speciale, potentially adopting the GTO name, while others are saying it’s the rumoured new ‘Dino’ entry-level model. 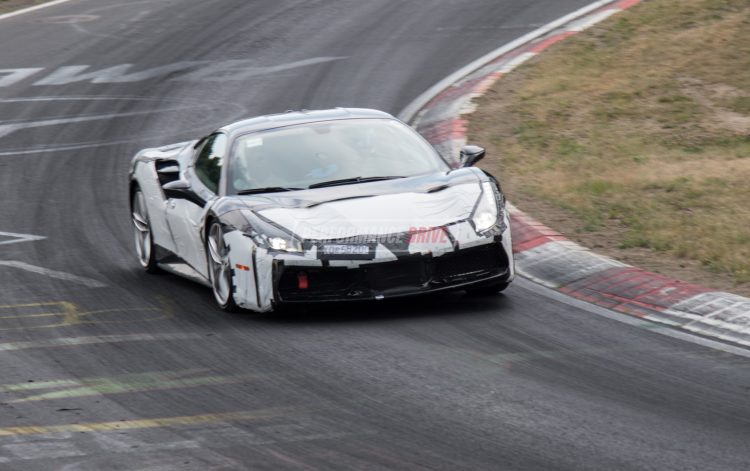 We spotted the car out on the Nurburgring last week, and what we can say is it definitely gives off a distinct V8 soundtrack.  According to an Autocar report, Ferrari is working on a new Speciale which is expected to adopt the GTO nameplate. It will be the fastest and most hardcore V8 production car Ferrari has ever made, apparently. Spy shots featured in the report show the same prototype that we’re looking at here.

Visually, the prototype looks pretty much like the regular 488 GTB, only it has been doused in white plastic sheeting to conceal the important bits. This could hide a more aggressive nose with a deeper front spoiler, along with larger air intakes on the sides to help cool the brakes.

Underneath it all is set to be a more hardcore suspension setup compared with the regular GTB, along with bigger brakes, and an increased use of lightweight parts. The windows are also said to be made from thinner glass to help shave even more weight, with an end result reportedly landing below 1400kg. 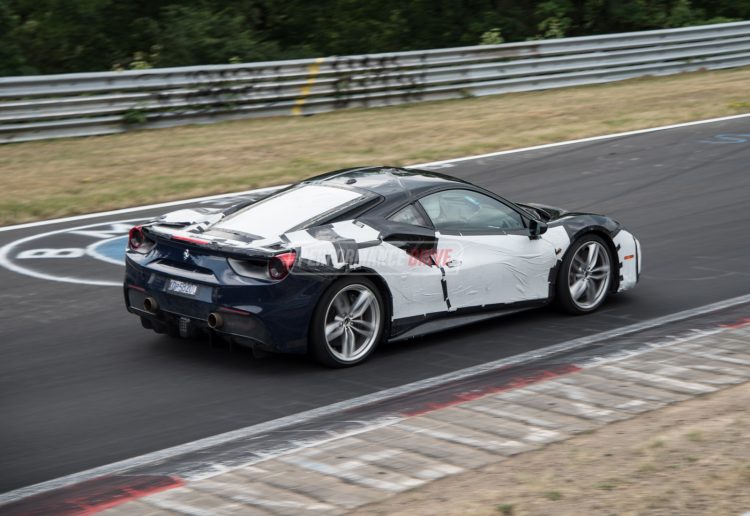 As for the engine, the 3.9-litre twin-turbo is set to be boosted up to around 522kW, giving it a decent shove on from the 492kW offered in the regular 488. If this turns out to be the figure, it will be Ferrari’s most powerful road-going V8 engine it has ever made.

Also spotted on the same day at the Nurburgring was a camouflaged 812 Superfast. As far as we understand Ferrari could be testing a KERS hybrid system for the F12 successor, as the company is believed to be reserving KERS technology for its 12-cylinder models only.

Ferrari is going to have to adhere to ever-tightening emissions standards in Europe and around the world, and it’s understood it will fit the 588kW Superfast with hybrid tech along with stop-start to help bring down the showroom’s overall consumption and emissions levels.

Specific details are yet to be uncovered, but it is good to hear the 812 will still offer that traditional V12 shriek. Take a look at our quick spy video below for more.