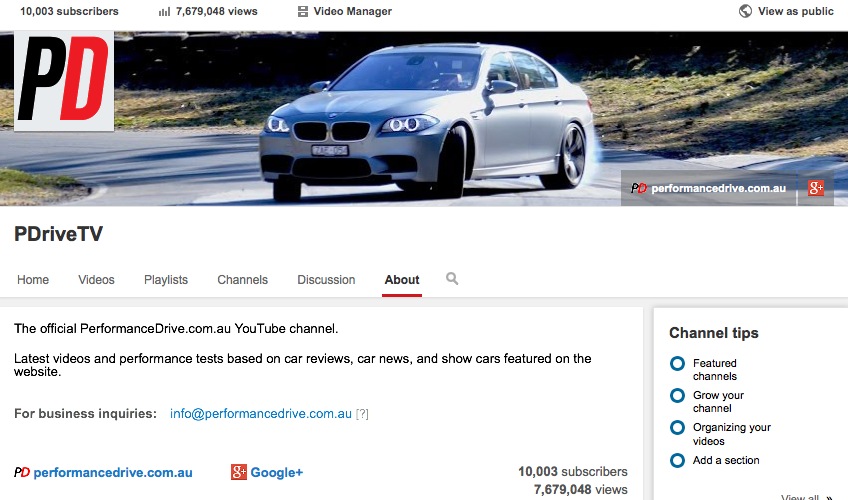 PerformanceDrive’s pokey little PDriveTV YouTube channel has just clicked over 10,000 subscribers. The channel was launched in 2011 and has since garnered the interest of over 7.5 million views. 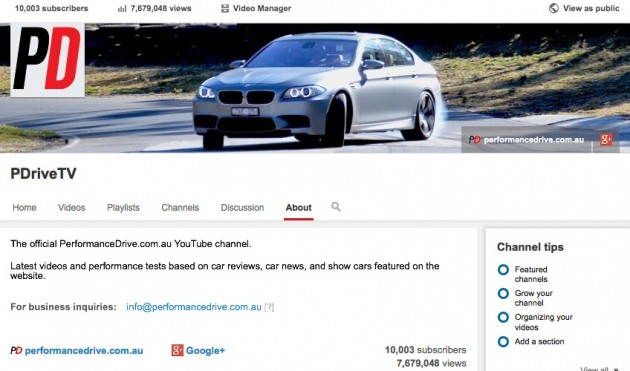 While many other automotive journalists/publications are battling it out to become the next Jeremy Clarkson/Top Gear, PDriveTV follows PerformanceDrive’s key personality trait; it’s more about the cars than a personal fight to fame and stardom. PerformanceDrive journalist and video editor Josh Bennis said,

“We didn’t expect to attract such interest in the beginning. We simply wanted to share our love of cars and provide clear and honest audiovisuals that we felt were missing in local online media.”

“We couldn’t find any consistent videos that just showed the car, the interior, the sound, and the performance all within a 3-4-minute glimpse. So we decided that’s the direction we would take.”

The channel currently has 251 videos available for viewing with an average audience of around 15,000 views per day, making it one of the most popular and most updated Aussie new car YouTube channels for its age.

In comparison, PDriveTV has more YouTube subscribers than most of its mainstream and much larger media competitors in Australia, such as CarSales (3227 subscribers), CarAdvice (8694), CarsGuide (1500), and ZoomTV/TorqueTV (1016), showing our ongoing dedication to providing free online content through popular and accessible mediums.

We’d like to take this opportunity to thank all of our followers. While our format isn’t going to change any time soon, we are aiming to improve our camera gear and technology to bring you crisper visuals and sound in the near future. We are also going to test the waters, so to speak, by trying out some new angles (on top of the usual layout) and cover different areas of the auto industry in the future. Stay tuned.

If you have any feedback you’d like to send us regarding PDriveTV, whether it be negative or positive, cars you’d like us to video, or new things we should try, please feel free to comment below or contact us here.