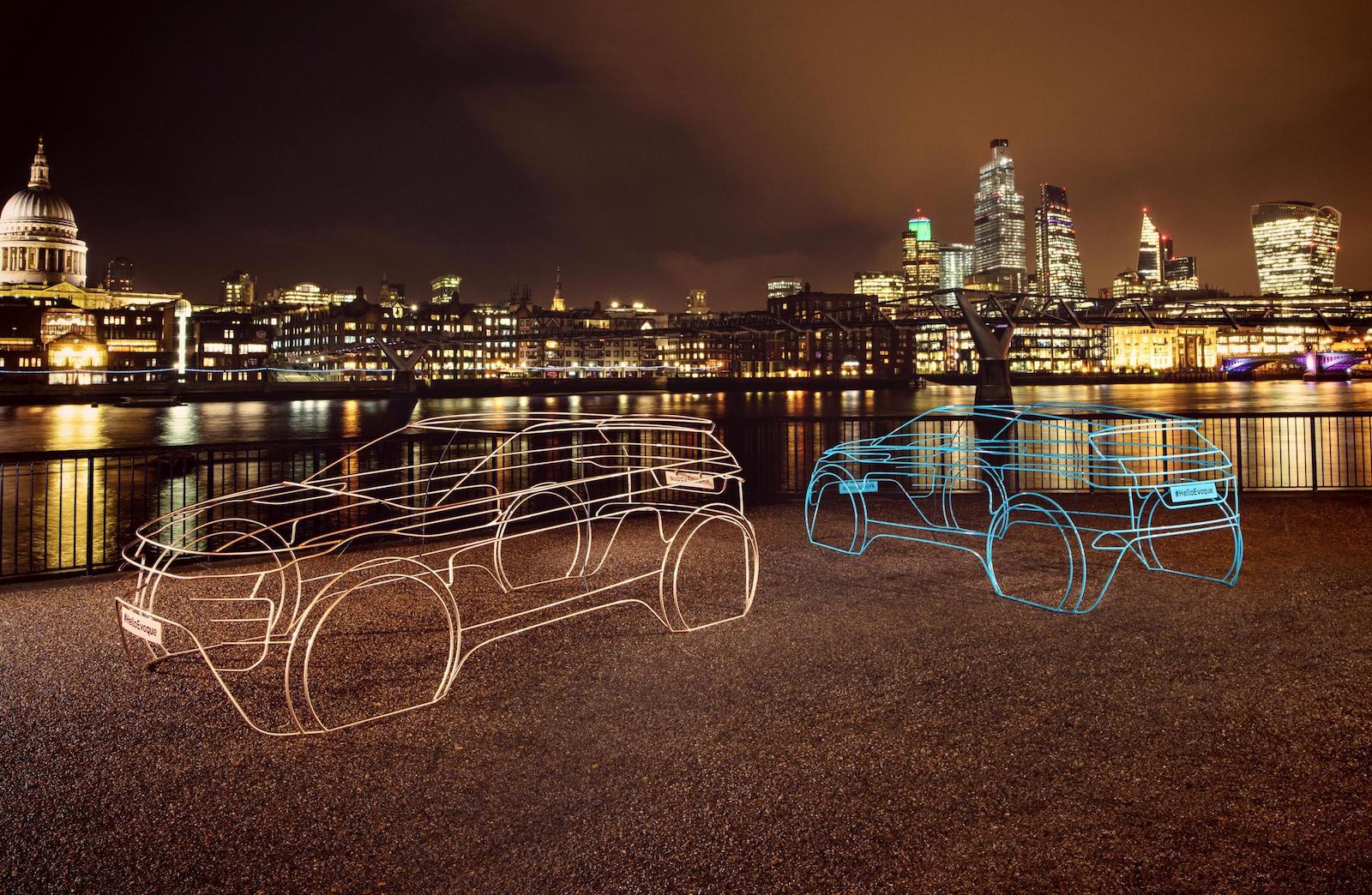 Range Rover is getting ready to unveil the next-gen 2020 Evoque and has created an art installation to give us a glimpse of the new model’s design. The SUV will debut in full towards the end of this month. 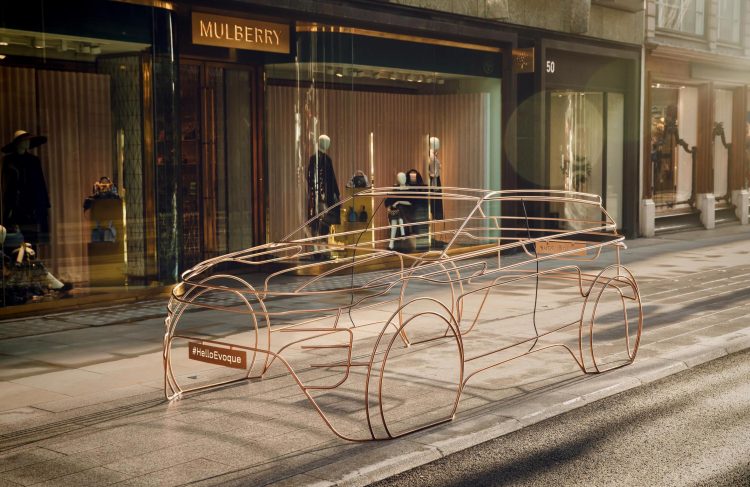 The art installations were parked up across London, consisting of four wire form sculptures. The sculptures give us some clues of the new Evoque’s exterior outline, and they have been created at full-scale to give passersby a pretty good idea of how the new model will stand.

Since its debut in 2010, the Range Rover Evoque has been regarded as being at the forefront of mid-size luxury SUV design. It showcases elegant proportions that blend in sophisticated trimmings, while also keeping true to Range Rover’s off-road ruggedness. For the 2020 Range Rover Evoque, these values are set to continue.

The sculptures were actually designed by the same Land Rover Design team responsible for coming up with the new model’s styling. You can see the swooping roofline and high waistline are even more dramatic on the new model, judging by the art creations, while a familiar front end should help to draw back existing owners. 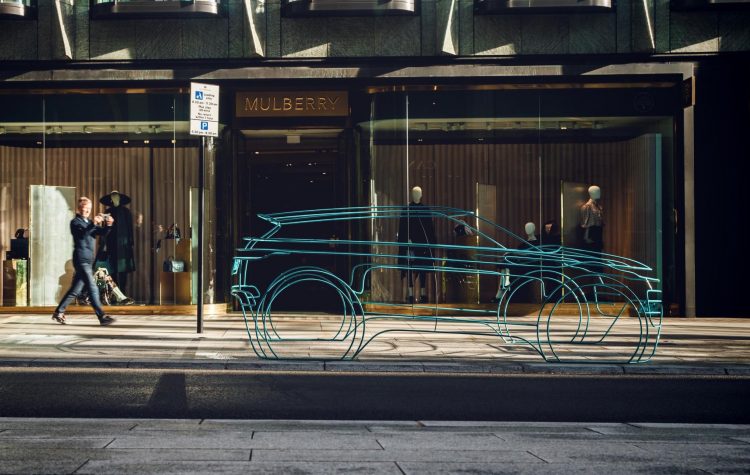 Each of the four art installations were set up at exclusive addresses around Kensington and Chelsea, finished in copper, red and blue. Gerry McGovern, Land Rover chief design officer, said:

“The wire forms have been created to preview the new Evoque – which is the embodiment of Range Rover’s modernist design approach. Where better to put these bespoke installations on display than in the heart of London – one of the greatest cities in the world.”

Global sales for the Evoque have topped over 750,000 since its arrival, making it one of the most popular models the company produces. The next-gen model is scheduled to debut in London on November 22.