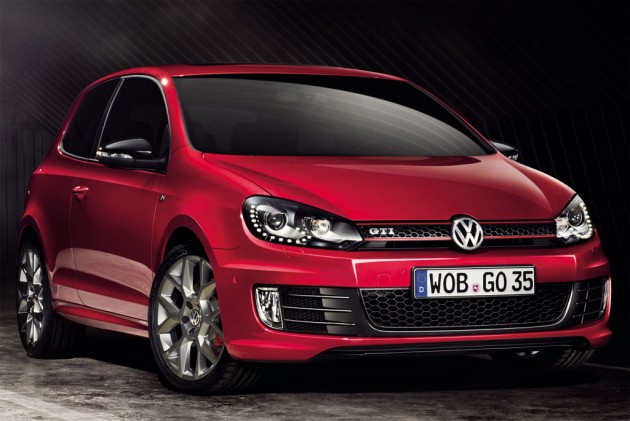 It’s hard to believe it but the Volkswagen Golf GTI has been around now for 35 years. Although, the sporty hot hatch didn’t really take off in Australia until around the Mk4-Mk5 generation came in (1997-2009). Since then though, the GTI has become easily one of the most popular hot hatches in the country.

Around the world, it’s always been a top favourite, so what better way to celebrate the model’s birthday than to produce a special edition model.

Starting with the visual details, the GTI Edition 35 will get LED lights at the front, LED taillights with smoked lenses, and a revised front bumper bar. Those distinct GTI wheels have also been shelved to make way for a set of bespoke ‘Watkins Glen’ 18-inch items.

Under the bonnet, the 35 gets a detuned version of the Golf R engine. This means a 2.0-litre turbocharged four-cylinder unit now powers the GTI, pushing out 173kW and 300Nm to the front wheels – compared with 155kW of the normal GTI. The unit is then matched up to a six-speed manual gearbox as standard fitment. For an extra $2500, the 35 is available with the DSG dual-clutch gearbox as well.

Volkswagen says in both transmission guises the GTI 35 will hit 100km/h from rest in 6.6 seconds. Not bad for a car that also has an average fuel consumption rating of 8.2L/100km for the DGS and 8.3L/100km for the manual.

For your chance to snap up a special slice of Golf heritage Volkswagen is asking for just an extra $3000 over the normal GTI cost. It’s not a bad deal considering the upgrades, which also includes a spruced up interior and special badging. Better be quick though, just 200 will be available.

Overall price will start at $43,490 for the manual and $45,990 for the DSG. All versions are only available in five-door form and come in four special colours – Candy White, Carbon Steel Grey, Deep Black, Tornado Red. Sales start in September.