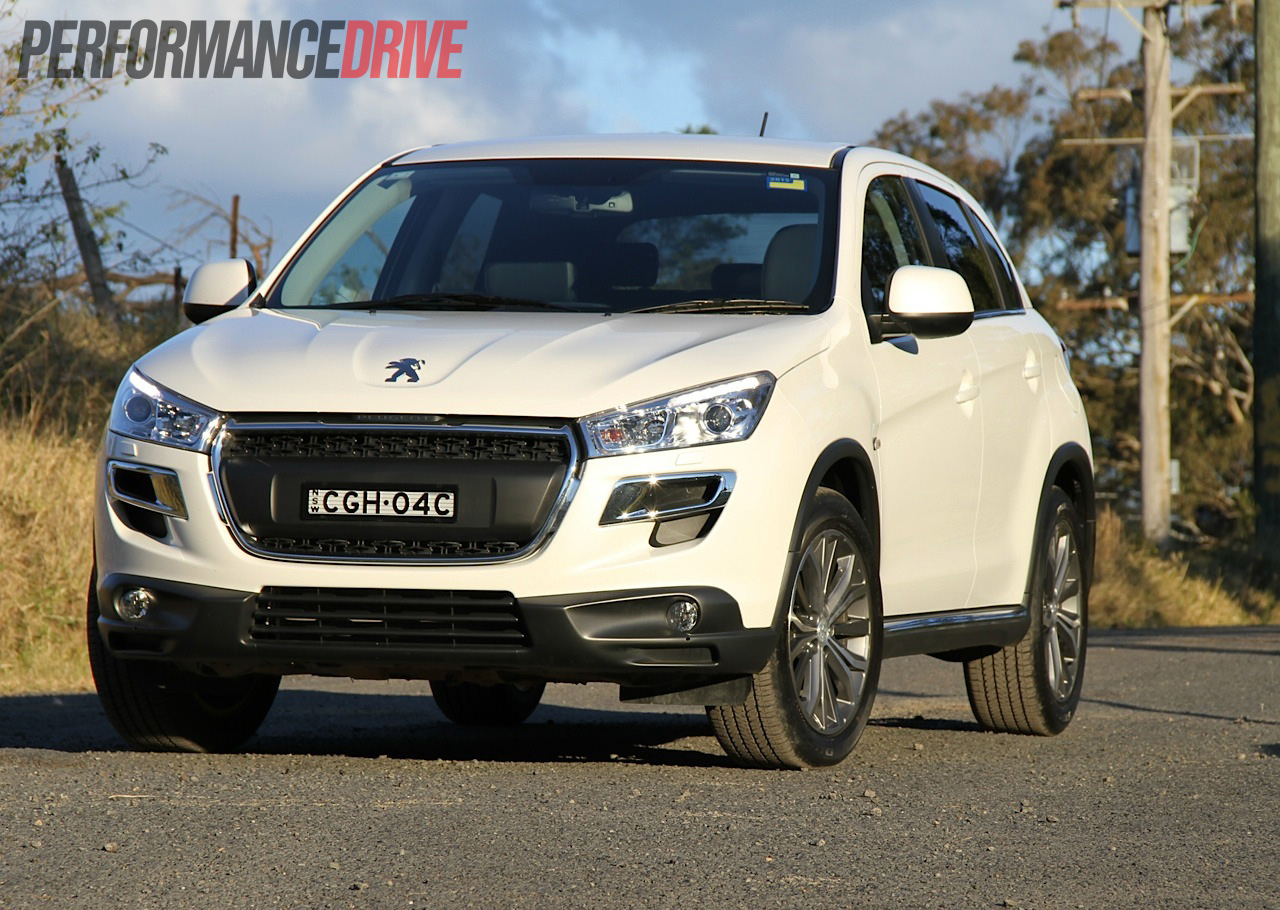 This is the 2012 Peugeot 4008 Allure. It’s Peugeot’s answer to the more premium compact sports off-roader market segment, taking on the likes of the Volkswagen Tiguan. 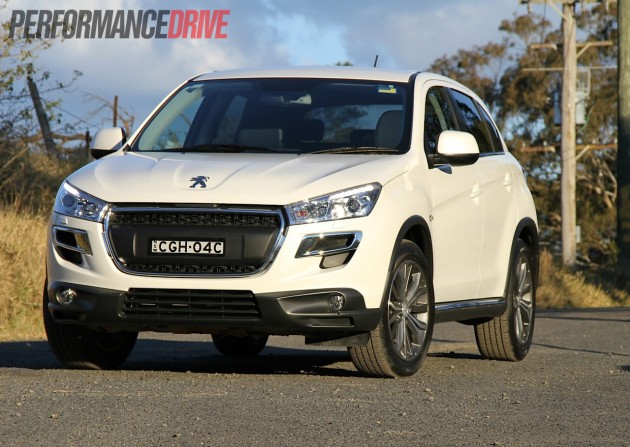 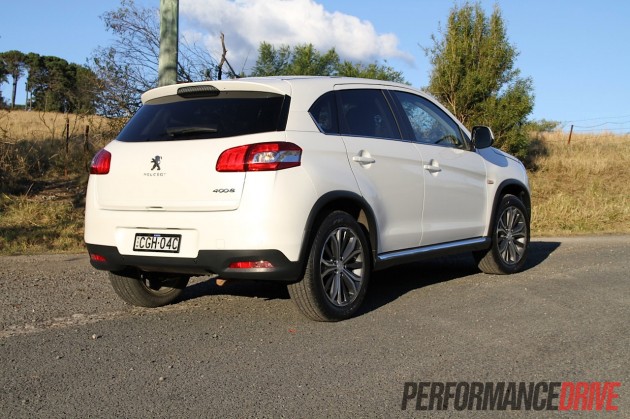 It may not be instantly recognisable, but underneath that rather glamorous and classy exterior is a Mitsubishi ASX. The new 4008 borrows the same drivetrain and engine package as the ASX as well, while the doors, A-pillars and windscreen are also from Mitsubishi.

What separates it the most however is the styling. The front end, in particular, is pure Peugeot. It was formed in the guidelines of the French company’s latest design language, showcasing a smart and sophisticated front end, with the new inverted headlights and chrome trimmings, and a muscular rear with prominent haunches.

Sharing underpinnings like this allowed Peugeot to get the new 4008 into showrooms as soon as possible. It took the company just two years to do so in fact, from concept drawings to production. 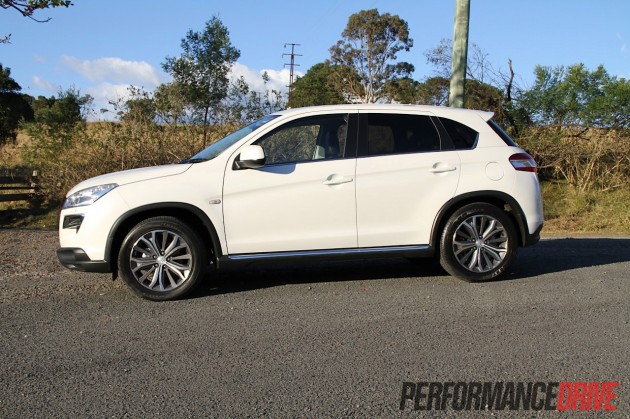 In Australia, the 4008 is available in two variant levels; the Active and the Allure. All feature the same 2.0-litre naturally aspirated four-cylinder engine producing 110kW of power and 197Nm of torque. The Active is available with a five-speed manual and in two- or all-wheel drive, while the flagship Allure comes with a continuously variable transmission (CVT) only, and with all-wheel drive.

Prices for the top-shelf Allure start at $38,490, or $1500 more expensive than the equivalent top line Mitsubishi ASX petrol.

Being the top-shelf model, the Allure comes with plenty of creature comforts and useful features. It gets leather seats, piano black trimmings on the dash and steering wheel, and pampering touches like heated and electronically adjustable front seats.

On the outside, the Allure can be distinguished by the 18-inch alloy wheels – which don’t actually look that big – as well as chrome trimmings on the sill panels. 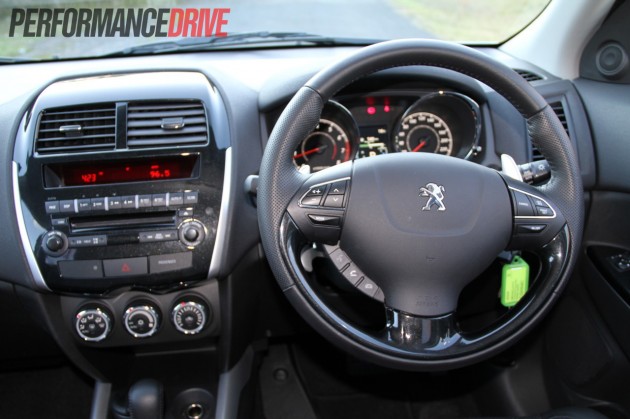 Inside, the driving position is a little on the high side, a bit like you’re driving a van, but the seats are comfortable and adjustments and controls are within easy reach. Vision is also very good, as you might expect with a compact SUV, with no major intrusions from any of the pillars.

Rear seat head and legroom is very good for this segment, and again, the seats are perched up. The upshot of this is extra legroom, with very little clutter around the leg area.

In terms of in-car entertainment, there’s no fancy doof-doof stereo. Instead, you get a fairly basic six-speaker CD/MP3 audio system. We found the Bluetooth connectivity function to be quite cumbersome and difficult to hook up too. Other than that, there is a USB/auxiliary input for external devices. 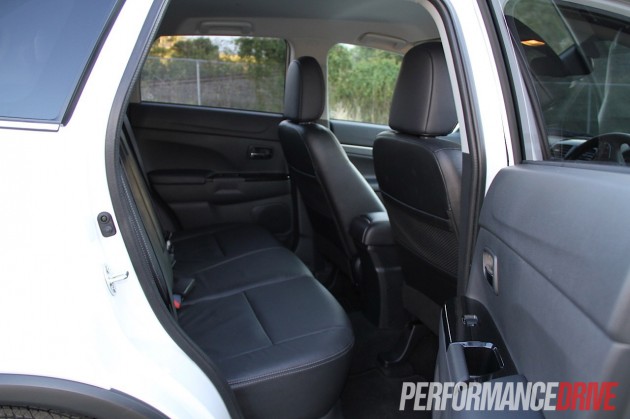 Overall, the cabin environment is very accommodating, in that, it’s never overwhelming. There aren’t too many buttons spread all over the dash, and the controls are straight forward and easy to use. Even the off-road differential settings are selectable by a simple rotary knob. It’s all quite pleasant; is this the Mitsubishi personality shinning through? 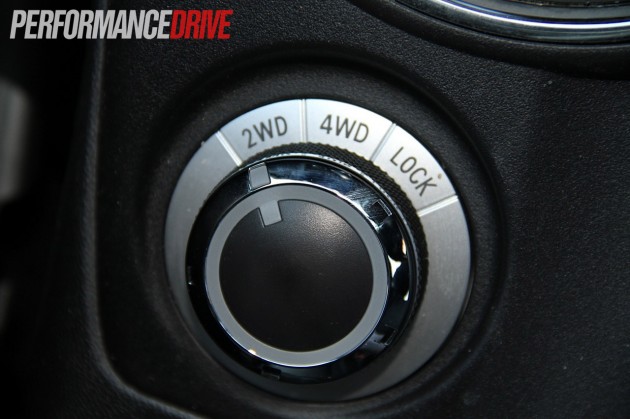 In the back you get ample space for luggage, or the weekly groceries. The rear seats are 60/40 split fold too, so you can take that 416 litres of boot space out to an impressive 1193 litres. This compares well to the Volkswagen Tiguan – it’s key rival – which offers 395 litres with the rear seats in place, but not so well with them down (1510 litres). 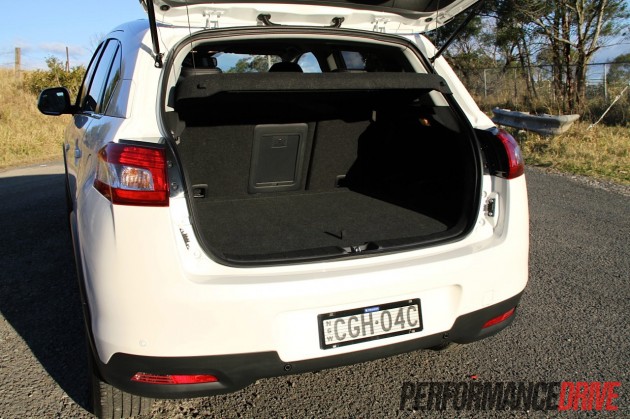 It is a classy-looking vehicle, the 4008, there’s no doubt about it. It looks fancy, especially from the front. Peugeot focused on giving the 4008 a strong design structure that was muscular but also sympathetic, as Peugeot 4008 design boss Cristian Gudima explains,

“What [we] attempted to create is a car that is very present, that’s got a lot of attitude on the road – a positive attitude, which is supposed to be sympathetic, but strong, like a little body builder that will protect while you sit inside.

Gudima says that to give the 4008 the impression of being a proper SUV, the grille was formed as a upright piece, giving off an imposing front, while at the back incorporates elements inspired by a lion’s claw, particularly with the taillights. 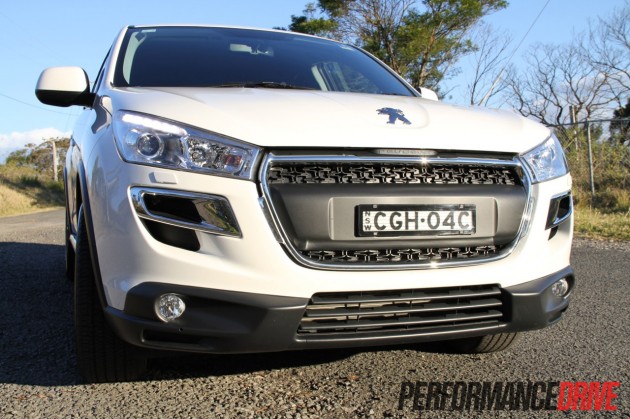 The flagship Allure is then garnished with those 18-inch alloy wheels that match the intricate chrome details in the front end, with a set of Xenon headlights topping it off. All Peugeot 4008s get tinted rear windows as well, giving the 4008 a sporty and fuller look.

As for safety, all 4008 variants get rear parking sensors, seven airbags, and traction and stability control. Australia’s ANCAP is yet to test the 4008, as is Euro NCAP. The Mitsubishi sister car, the ASX, has been awarded the full five stars by ANCAP.

The 2.0-litre naturally aspirated four-cylinder engine in the 4008 provides decent power and torque for this segment. It produces 110kW, however, it does like to rev. The CVT auto doesn’t help with the revy nature, and there is no manual transmission option in the Allure.

We timed 0-100km/h in 9.9 seconds, which is not exactly Earth shattering, but it does get you and your passengers along at a reasonable pace within decent time. 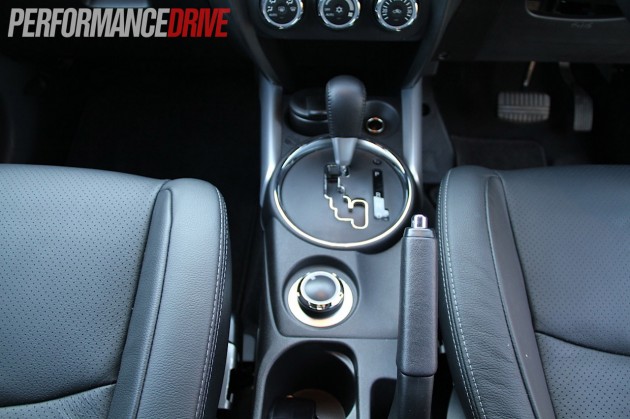 The major pitfall we found with the 4008 powertrain is the engine noise, paired with the CVT auto. It’s quite loud and sounds a little bit like a small boat, especially as the CVT builds the engine revs and then holds them at around 3500rpm. The sound resonates through the cabin, almost intruding on in-car conversation.

In the end, we can’t help but wonder why Peugeot doesn’t offer a turbo-diesel option. With so much technology and resources in that area already under its belt, Peugeot could easily work a diesel into the 4008. We think it would be a much better piece of competition against the rivals with a diesel. Peugeot is apparently working on releasing such an option next year. 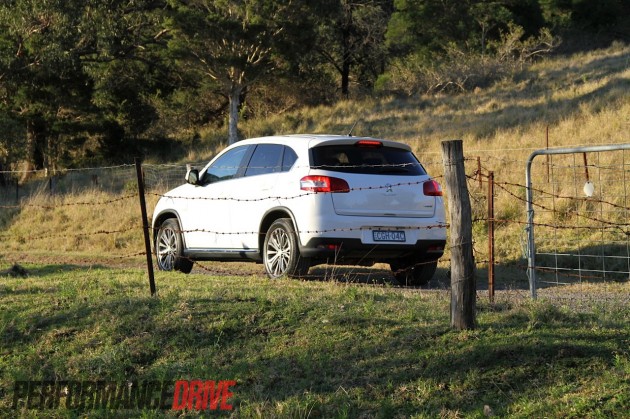 The steering is surprisingly friendly, if friendliness can be used to describe steering. Peugeot did retune the suspension and steering for the 4008, as opposed to its Mitsubishi sister car, which may contribute to the companion-like feel.

You won’t get much oversteer or understeer if you push the 4008 through some bends. This is partly due to the somewhat lethargic acceleration not allowing you to build up an aggressive speed in the first place. It feels secure and focused most of the time, and in most conditions. Under full power while turning there is some gentle torque steer in 2WD mode. In 4WD mode, the 4008 is solid and tracks straight – a useful mode in wet conditions.

Off the road the 4008 performs exactly how a compact SUV should. No element is too heavy duty as to ruin the on-road ride quality or driveability, however, the ‘Lock’ different mode does give you plenty of traction to get out of moderately sticky situations. It features independent MacPherson strut front suspension and independent multi-link rear suspension.

The genetic makeup of the 4008 is a nice combination. It gets the reliability and user-friendliness of Mitsubishi, blended with the style and class of a European vehicle. Peugeot’s latest vehicles are very nice to look at, including the new 508, the sporty RCZ, and the upcoming 208; the 4008 fits in well with the family.

Being based on a Japanese vehicle has also allowed Peugeot to keep prices down, making it one of the most competitively priced European compact SUVs on the market.

If you’re thinking of buying the ASX, take the Peugeot for a test drive as well, you’ll likely appreciate the revised handling and added features. 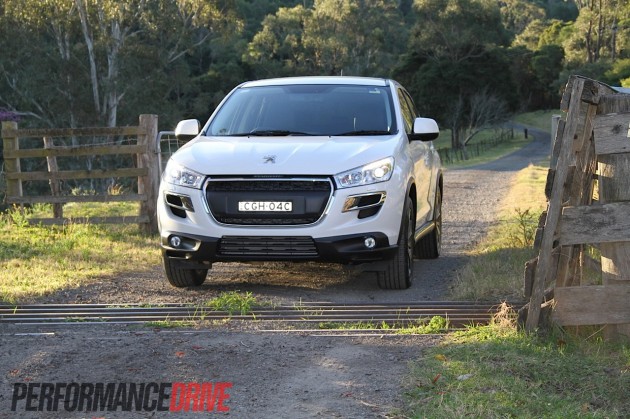 Volkswagen Tiguan  155TSI – 2.0-litre turbo-petrol four-cylinder, 155kW/280Nm – 1642kg – $42,990
One of the most popular contenders in the class, and often regarded as the benchmark. The Tiguan can be had in powerful turbo petrol forms, or torquey and fuel-efficient turbo diesel forms.