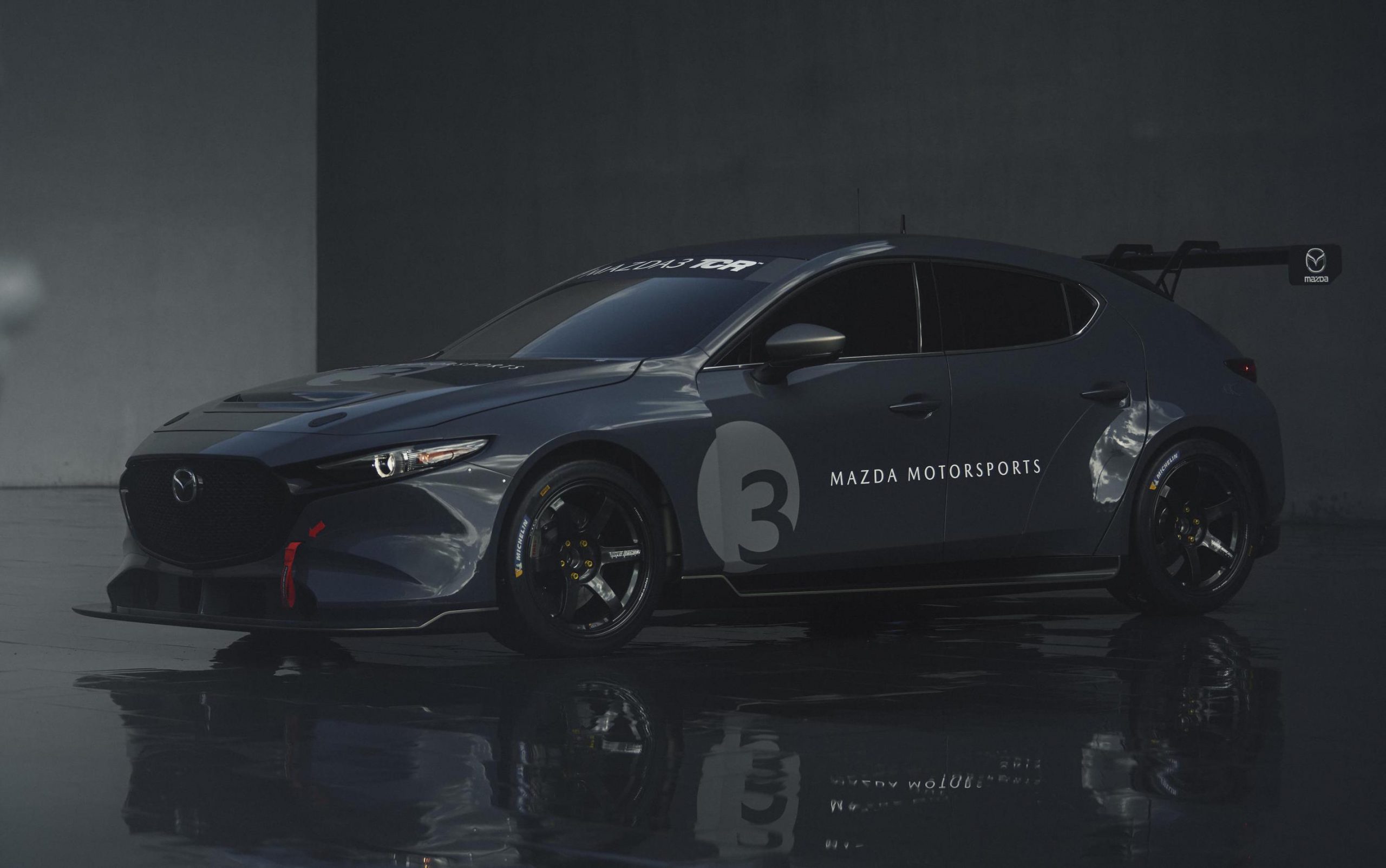 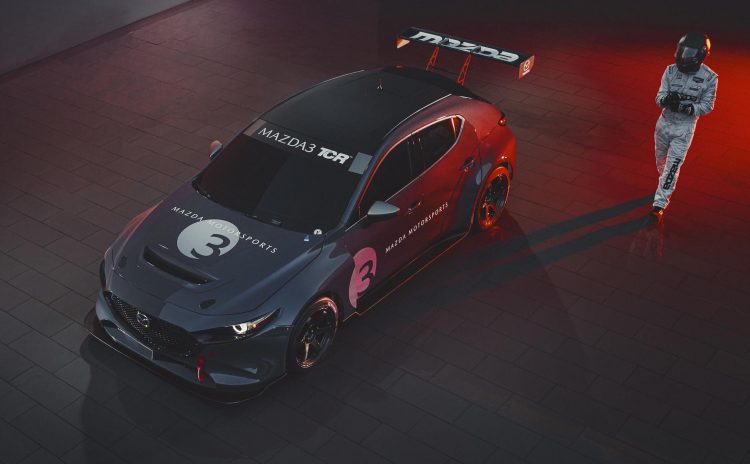 The Mazda3 TCR boosts Mazda Motorsports’ customer racing program, developed in part with Long Road Racing in the US. It is homologated to compete in all 36 rounds of the TCR championship around the world, with a racing debut planned for the four-hour Endurance Challenge as part of the Rolex 24 hour Daytona weekend in January.

Power comes from a turbocharged 2.0-litre four-cylinder engine that produces a class-regulated 350hp (261kW). This is matched to a six-speed sequential transmission. Of course, the interior is completely stripped out and prepared for racing, while the exterior is treated to a full aero package with a giant rear wing. Speaking about the car, John Doonan, director at Mazda Motorsport, said:

“The Mazda3 features the outstanding design and engineering that Mazda is known for, and because of that, it is a fantastic foundation for our new Mazda3 TCR. We have looked forward to returning to the IMSA Michelin Pilot Challenge for several seasons, and everyone at Mazda is very excited that we will do just that in 2020. We are eagerly anticipating success for the Mazda3 TCR in IMSA, SRO Americas and in TCR championships around the world.” 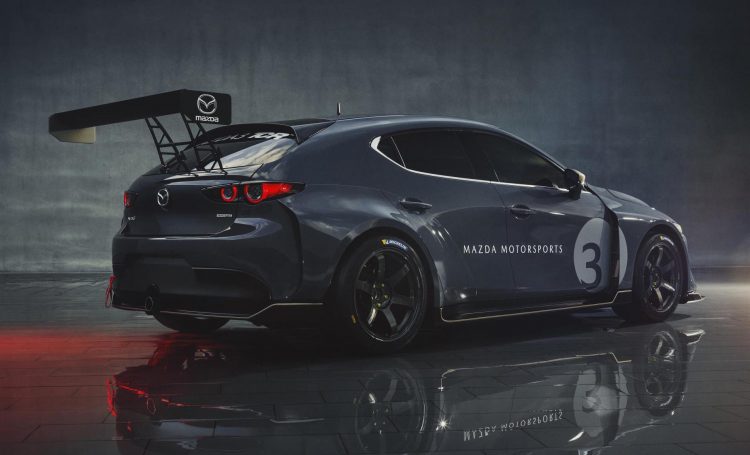 The exterior was developed at the Mazda Design America studio in Irvine, California, where designers built on the new model’s already-dynamic contours. Some of the highlights include heavily pumped-out wheel arches, a full splitter system that skirts the body, and a central-outlet exhaust. All aero parts are of course within the TCR regulations and provide added downforce on the circuit.

Interested punters can order their very own Mazda3 TCR racing car to go racing, with prices starting from $175,000.