The all-new, all-turbo 2012 BMW 3 Series has been awarded Top Safety Pick by the Insurance Institute for Highway Safety in the US. The new sports sedan is yet to be tested by Australia’s ANCAP. 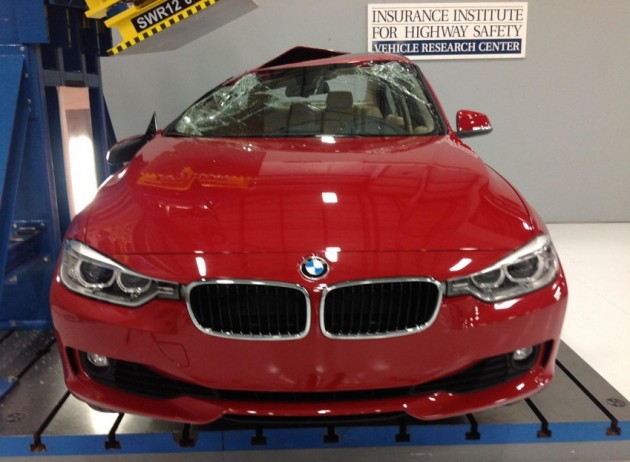 When a vehicle is awarded Top Safety Pick by the IIHS, it basically means it has passed the its most stringent of tests, comparable by international standards. In particular, IIHS tests for rollover protection and roof safety, as well as other key areas.

To test the strength of each vehicle, a large press squashes the top edge, as IIHS explains, “The maximum force sustained by the roof before five inches (127mm) of crush is compared to the vehicle’s weight to find the strength-to-weight ratio. This is a good assessment of occupant protection in rollovers”.

The previous generation BMW 3 Series only scored an acceptable pass on this, whereas the new model has been improved and has been marked as ‘good’.

PerformanceDrive will be reviewing the all-new 3 Series in the near future, in particular, the new 335i Sport and the 2.0-litre turbo 328i Modern.