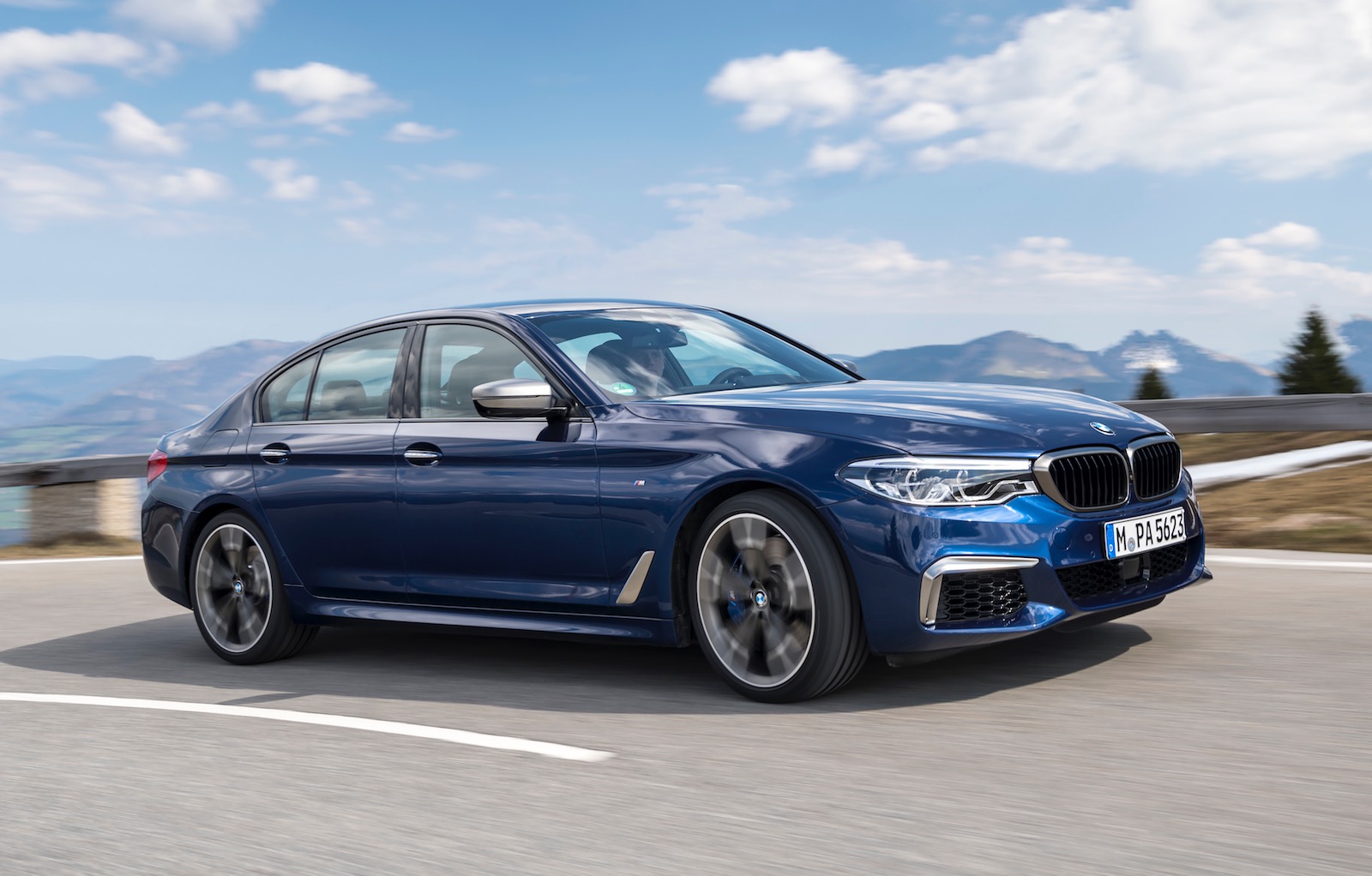 Following the debut of the new quad-turbo M550d yesterday, BMW has now unveiled the new M550i xDrive performance 5 Series, sitting as a stepping stone just beneath the M5. 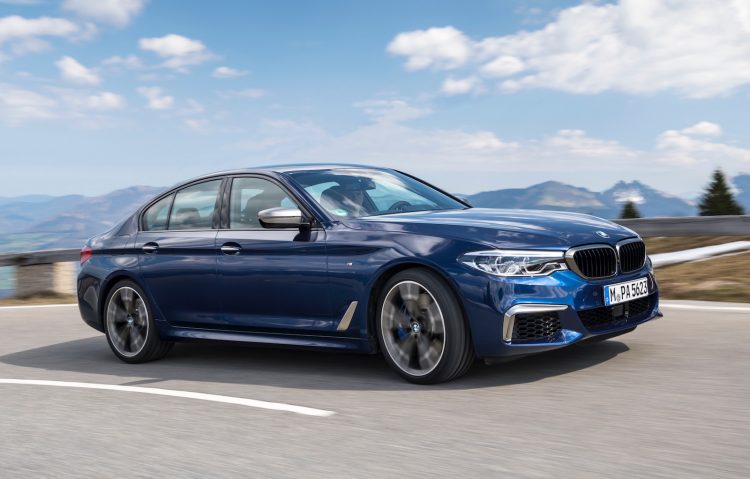 First thing’s first, the engine. It’s a 4.4-litre twin-turbo V8 producing an impressive 340kW and 650Nm, sent through an eight-speed automatic transmission with all-wheel drive (rear bias, according to BMW). As no surprise, acceleration is immense, with 0-100km/h coming up in just 4.0 seconds and a top speed limited to 250km/h.

Despite the awesome performance, average fuel economy is respectable, rated at 8.9L/100km on the combined cycle. These figures mean the M550i is essentially quicker and more efficient than the outgoing M5 performance sedan (4.2 seconds, 9.9L/100km).

Although it’s not quite a full M car, rather a product that falls under the intermediate M Performance sub-brand, it does come with plenty of sporty highlights to separate it from the regular 5 Series range. For example, there’s a subtle M Sport aero package for the body, along with 19-inch alloy wheels wrapped in 245/40 front and 275/35 rear tyres.

“We develop the BMW M Performance Automobiles for customers who are seeking very sporty driving characteristics yet do not wish to sacrifice any of their BMW’s everyday practicality.”

Like the awesome M550d, the M550i is not set to go on sale in Australia any time soon. However, it will hit the market in Europe later this year.