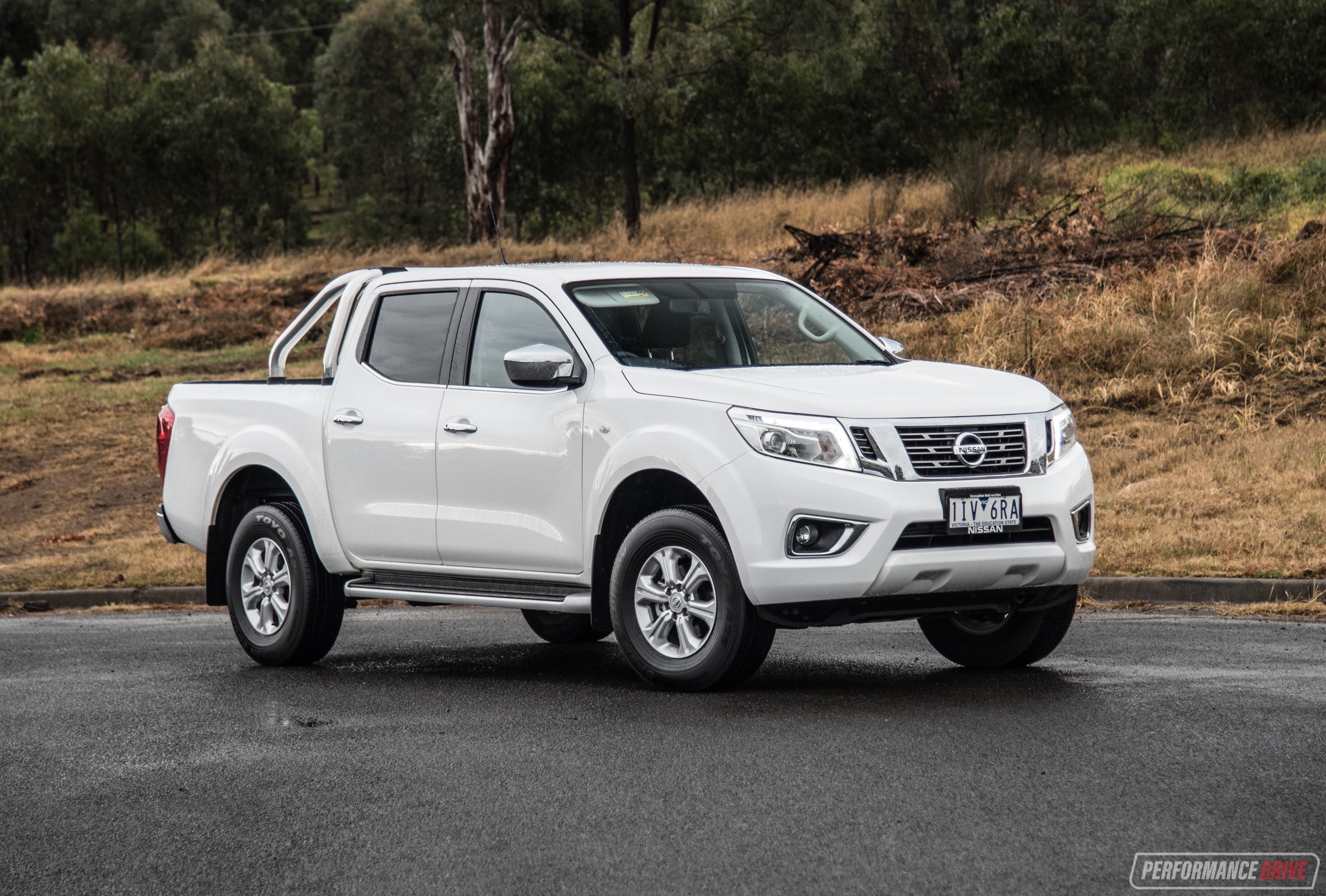 Nissan’s latest D23 Narava is so good, Mercedes-Benz has slapped its badge on it. Except, unlike the Mercedes version (probably), the Narava is priced competitively, offers genuine heavy-duty capability, and comes backed with decades of heritage and ute know-how. 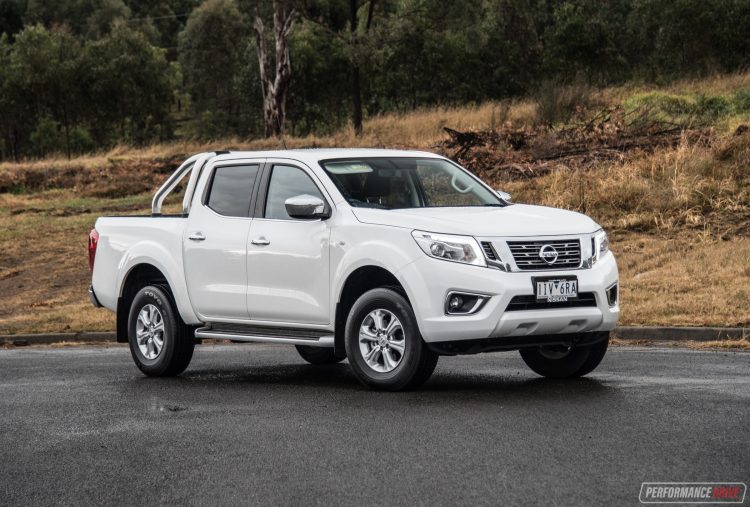 Like most of the Japanese/Thai-built utes, the Thai-built Navara comes in a huge range body style and powertrain configurations. Most of them come with part-time four-wheel drive, with either a six-speed manual or seven-speed auto, and most also come with a twin-turbo diesel engine.

You’re looking at the second-from-the-top ST version, which walks the fine line of being comfortable and soft enough for family weekend adventures, but also hard-working enough to suit busy in-week duties. Prices kick off from $49,490 (excluding on-roads). 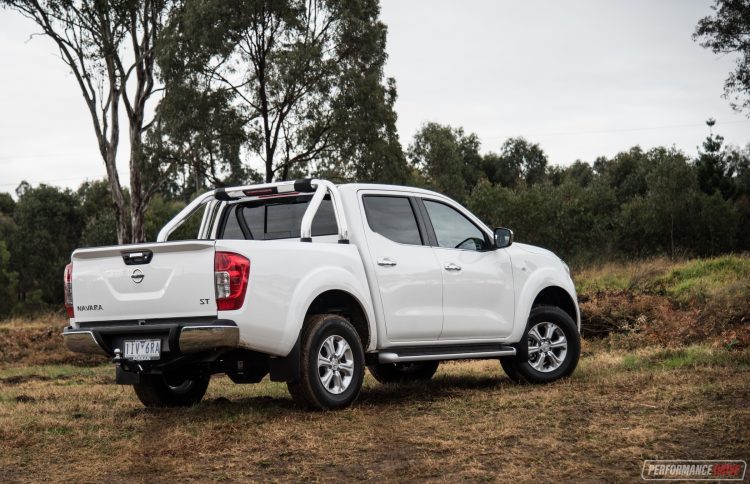 Stepping inside the ST, you’ll notice the seats are fairly flat and offer hardly any lateral support, as you might expect in this class. There are covered in an off-putting velour-like fabric which reminds us of the 1990s – remember how special a velour trim was? Aside from these two elements the rest of the Navara ST’s cabin is modern and very practical.

The dash fascia stack could easily be mistaken for a passenger car dash, helping the Navara become instantly recognisable and user-friendly for a broad range of motorists. All of the switchgear is very familiar and most of it is placed right where you would it expect it to be placed. From the driver’s seat, there’s a fairly natural driving position, although not perfect, with a sporty three-spoke steering wheel to play with. 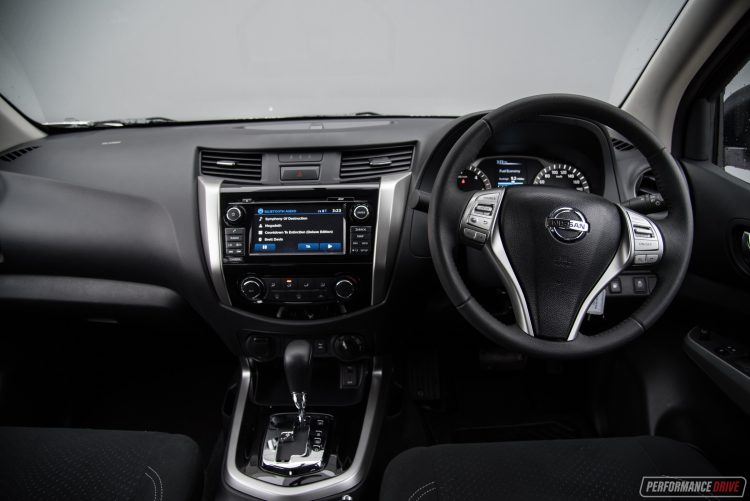 Atop the dash is where the Nissan falls behind the market in our opinion. A standard touch-screen interface was quite a brag-worthy technology just a few years ago. But today, it’s no biggie. But what upsets us most about it is the operation and graphics of the screen. These are well behind the market benchmarks. There’s no home screen or a central menu to fall back to, and there’s a basic black background with mono-tone white and blue graphics predominantly used. The Bluetooth connection is also very frustrating to set up.

Nissan has packed in a reasonable quantity of mod-cons though, such as a standard rear-view camera, a rather clunky satellite navigation system, and multi-format media support. Apple CarPlay and Android Auto software are not available, which shows the interface’s age. There is a button to activate the rear-view camera, which is a nice touch, while the controls for the 4×4 modes including the locking rear diff are conveniently situated in front of the gear lever.

On the plus side, the ST does come with some clever and innovative features, such as an electric pass-through window within the rear windscreen, along with a 12-volt socket in the tray. The rear seat passengers also get their own climate control vents in the back of the centre console. This is something often forgotten about in the dual-cab ute class.

In the back, the Navara dual-cab try size is about average. It spans 1560mm wide, with 1130mm available between the wheel arches. Compared with the segment leaders, the HiLux offers 1645mm (width between arches not available), and the Ford Ranger dual-cab offers 1560mm and 1139mm. 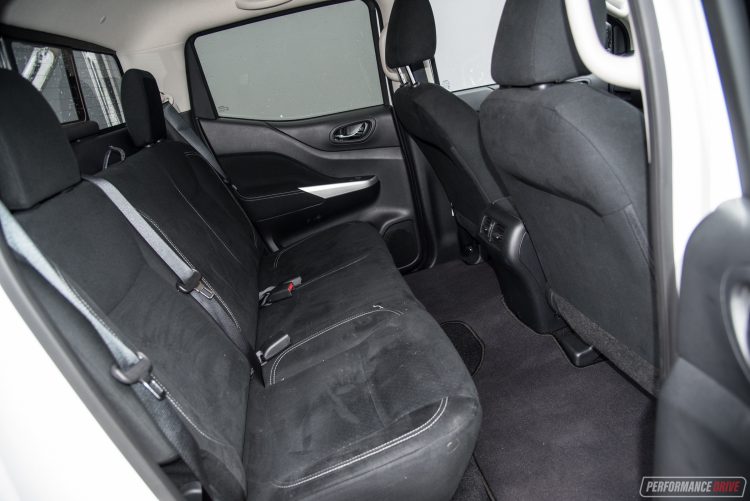 During this test we had the HiLux TRD overlapping with this booking, which meant we had the opportunity to take either the Navara or the HiLux for our daily routines. And for reasons we can’t quite explain, we ended up taking the Navara more of the time. This might have had something to do with the engine. It’s definitely one of the more interesting engines in the class, featuring twin turbocharging and neat power and torque figures of 140kW and 450Nm. It’s not the most powerful but it is up there among the front-runners.

Power delivery is smooth and almost completely free of turbo-lag, and the engine is quiet except at either end of the rev range. The seven-speed auto also does well to divide up the torque and push the Navara along in an efficient yet brisk fashion. Speaking of quick, we clocked a best 0-100km/h time of 10.03 seconds. This makes it one of the quickest dual-cab diesel utes in the class.

Mid-range acceleration is strong and effortless, so you can stream your way through traffic without looking (or sounding) like you’re revving the crapper out of it. Peak torque is available from 1500rpm and is held until 2500rpm. Keep your boot in and peak power will come in at 3750rpm. This makes it one of the highest-revving diesel engines in the class. Actually, we’ll correct that; the only four-cylinder diesel engine in this class that hits its peak power at a higher RPM is the VW Amarok, at 4000rpm. All other utes in the class offer their maximums at or below the 3500rpm mark. What does this mean? It means you do need to rev the engine to get the absolute most out of it. But fortunately that peak torque from 1500rpm is what you’ll appreciate and use most. 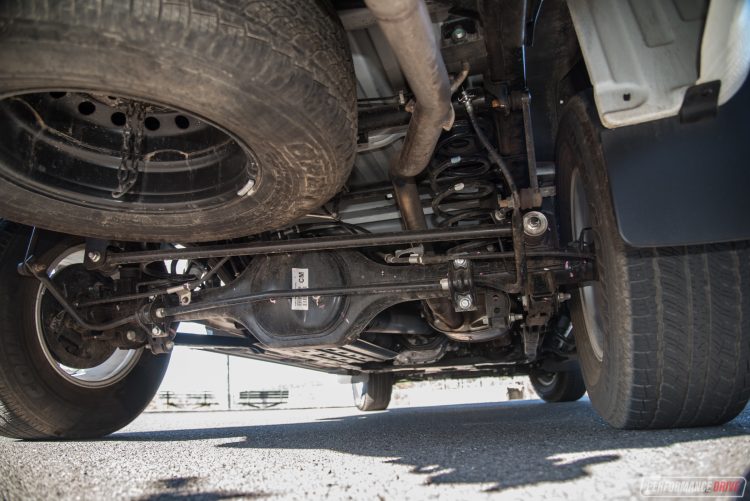 Underneath the ST is a live axle rear suspension layout with coil springs. Going for the lesser variants gets you a more heavy-duty leaf-spring configuration, but you do sacrifice comfort. Maximum towing capacity is rated at the segment benchmark, 3500kg, for the ST, with a payload rating of 983kg. With this coil-spring setup the ride is surprisingly supple with a compliant rear end, especially compared with some of the jiggly rivals. The steering and handling are also well up to scratch for the market, with no excessive body roll or awkward body movements.

As mentioned, we can’t explain why we decided to drive the Navara most of the time over the HiLux. Whether it’s simply because the Navara is a little different or something more substantial, we don’t know. What we do know is the Navara is a very approachable and user-friendly 4×4 ute. It’s easy-to-judge external proportions, familiar cabin, and versatile and powerful engine should make it a definite contender for your shortlist.