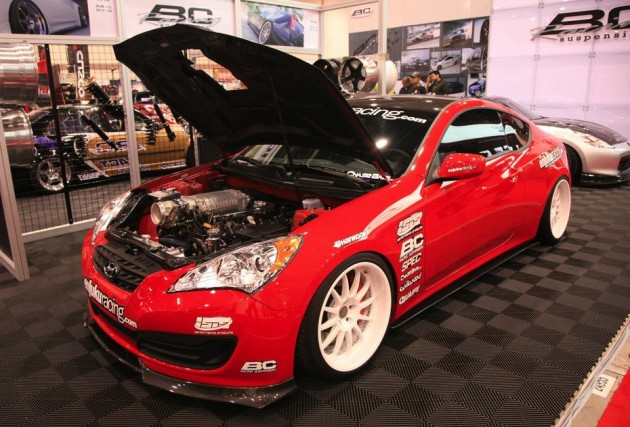 The Enjuku Racing Hyundai Genesis LS1 V8 project was one of the more serious track-oriented packages on show at SEMA this year. It features plenty of mechanical upgrades and revisions all aimed at maximising the car’s performance.

First up, under the bonnet. Enjuku Racing has managed to squeeze in an LS1 5.7-litre Chevrolet V8 into the engine bay. Not only is it a big Chev engine – replacing the standard 3.8-litr V6 unit – Enjuku Racing also decided to supercharge it for good measure (no word on official power figures yet).

To make sure the Enjuku Racing Hyundai Genesis LS1 pulls up on demand the car gets a Wilwood brake package, while cosmetics are enhanced via certain VIS Racing body parts and carbon fibre panels.

Click play on the video below for a bit of an overview of the car and the build process. It’s a pretty damn awesome build, wouldn’t you say?