It’s not very often that we see tuning packages for the Alfa Romeo MiTo. Vilner has just announced exactly that, with tweaks to the exterior, interior and engine performance. 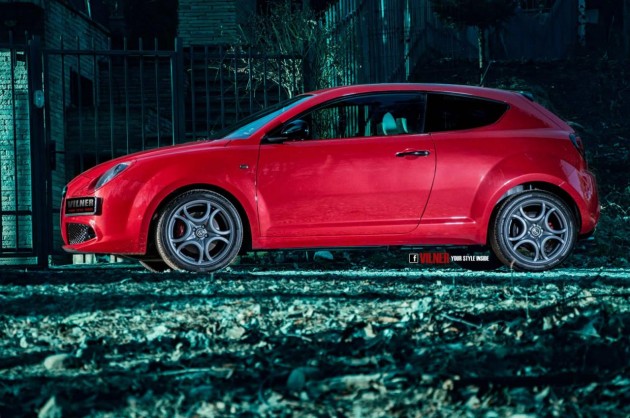 Starting with the engine. The standard 1.4-litre turbocharged four-cylinder, which usually produces 114kW, is boosted via an engine computer tune so it now offers a much more hard-hitting 147kW and 279Nm.

Although it might not sound like a huge amount of power, it’s actually quite a jump up compared with the MiTo QV edition (125kW/250Nm) which is able to cover 0-100km/h in 7.3 seconds. The Vilner tune should see that time dip well into the 6.0-seconds range. 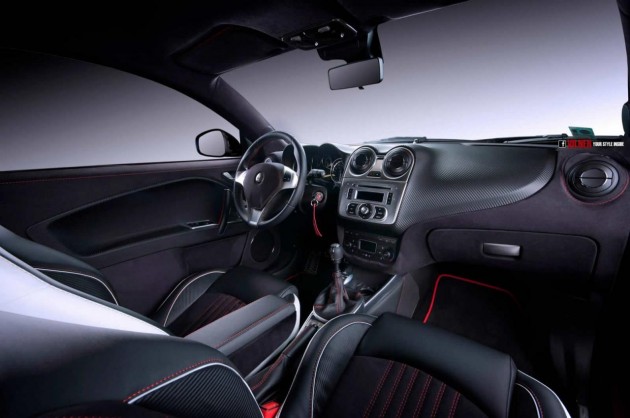 On the outside the car is given a unique red lacquer that presents a pearl effect which changes colour slightly at different angles. There’s also black gloss for the door handles, side mirrors, taillight clusters, and the diffuser at the back.

Perhaps the most comprehensively tweaked part of the whole kit is the interior. It shows off lashings of Nappa and carbon leather, which has been applied to the dash and door panels, while the otherwise plastic trimmings now feature a platinum look. Carbon fibre is also used for various bits and pieces.

To top it all off there’s a set of 17-inch alloy wheels from the QV and matt grey exhaust tips for that cool dark theme.