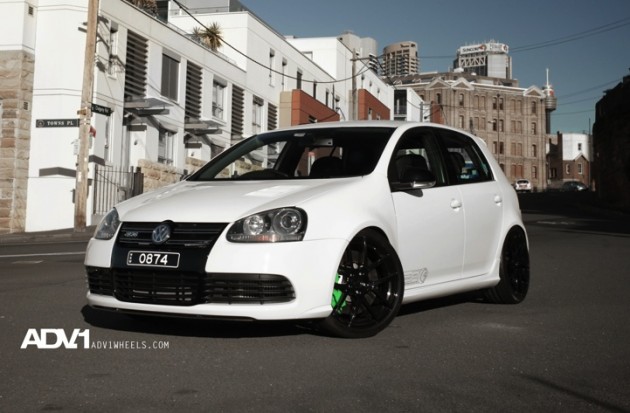 The Volkswagen Golf R32 is already a very potent little package, being Volkswagen’s most powerful Golf ever made at the time. It comes with a raspy naturally aspirated 3.2-litre V6 developing 184kW of power and 320Nm of torque.

For a lot more stink, HPA has completely blown those standard figures out of the water with its latest tuning kit. It comprises of a twin-turbocharging setup with neat piping and an intercooler, as well as a stroker engine taking overall capacity to 3.6 litres. Power now reads a whopping 485kW (650hp).

The standard DSG dual-clutch has been revised for cater for the massive jump on horsepower over the standard model, incorporating carbon clutches and bespoke drivertrain enhancements to make sure all that power is put through to all four wheels.

Other features include brakes from a Lamborghini to keep that power under control, ADV5.1 one-piece 19-inch alloy wheels, a custom vented bonnet and flared wheel arches to accommodate the new wheels.

According to the owner, this Volkswagen Golf R32 with 650hp is a daily driver. It would be fun to see the reactions of other drivers when this seemingly innocent package blasts off. What do you think of it?