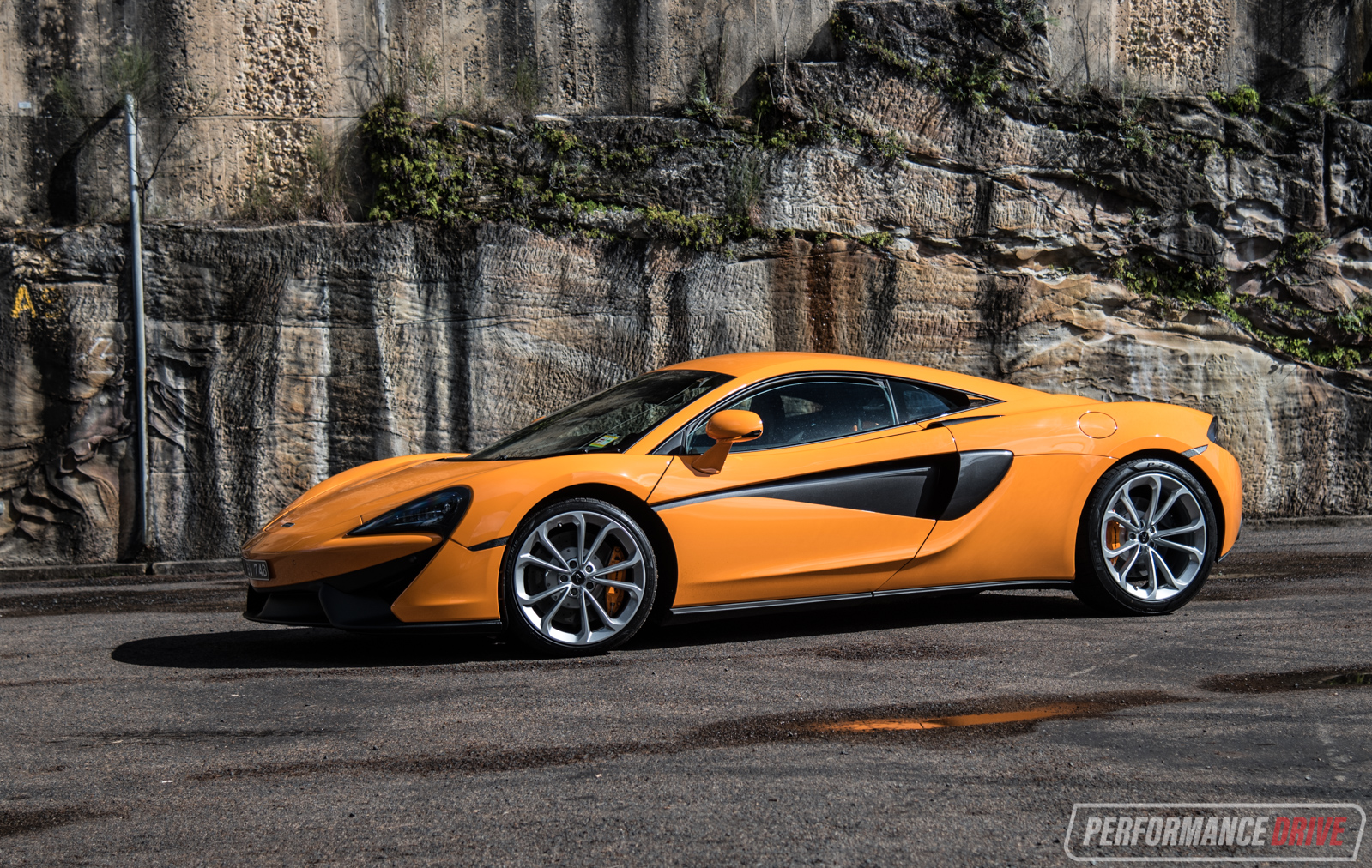 Going for the base model isn’t always a bad thing. In the case of the gleaming new McLaren 540C, it means you’re getting almost all of the technology, performance, and underlying heritage and attitude towards speed as the big daddy models, at a discounted price. 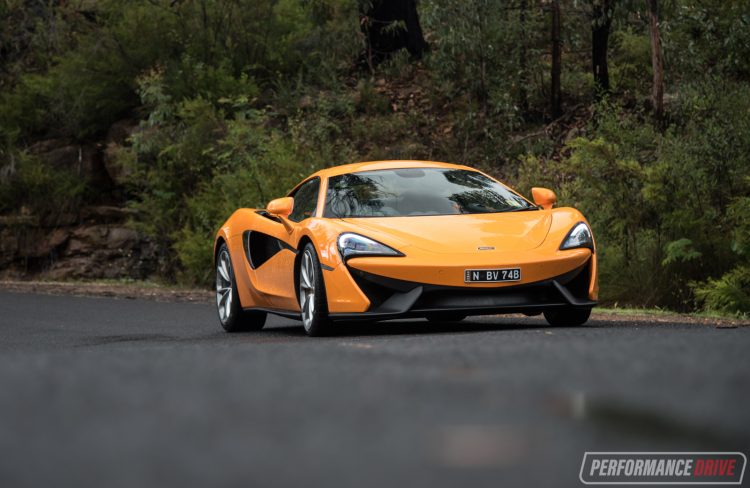 It has all of the prerequisites of a modern supercar, like any McLaren showroom model, with a distinct low-slung cabin, mid-mounted engine, and a low and pointy front end. Except, this is undoubtedly the best-value model the company offers, and, arguably, the best-value supercar currently on the market.

The first sign of its value-directed appeal is the starting price, which stands at $325,000 in Australia. Of course, you can customise and tailor the 540C to suit your desires and tastes, but at this price it is the most affordable V8-powered mid-engined car on the market.

The word ‘cheap’ probably isn’t in the vocabulary of most buyers’ minds, in the supercar market anyway. However, don’t be confused. This isn’t a ‘cheap’ supercar. It’s not trying to be a cheap alternative to a real supercar. As we’ll discover throughout the review, this is a genuine, super-fast super car in its own right. 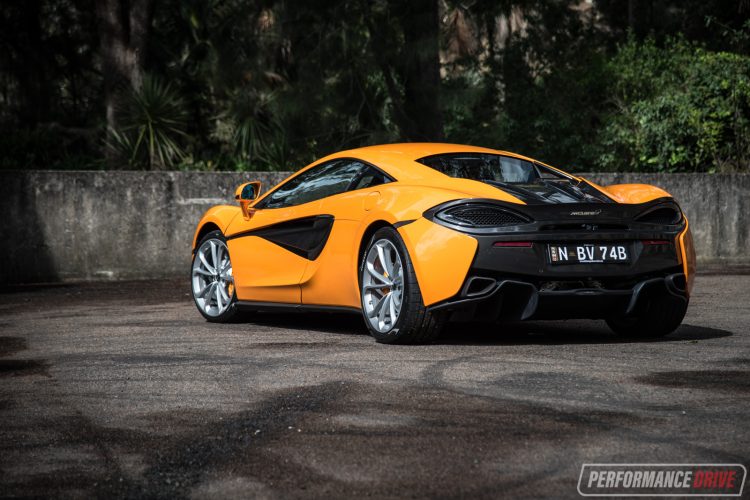 From the moment you open up the dihedral doors, which swing up and out, you know you’re getting into something special. Real supercars don’t have conventional doors. It’s just a fact. So here, every time you get in or out there’s often a crowd watching, amplifying the event. There’s a big chunky sill panel to step over too, giving you some idea of the seriousness of the carbon fibre tub-style ‘MonoCell II’ platform. This tub is shared with the 570S.

Once you’re nestled in, nice and low, the 540C’s cabin is a mixture of simplicity and technology. You’ll be hard pressed to find a car interior on the market at the moment that conveys such a high concentration on the act of driving. Everything inside assists, enhances, or supports driving, in some way, allowing you to get on with enjoying your favourite pastime. If you don’t like driving, this is probably not the ideal car for you.

Cascading down like a stalactite from the dashboard is a semi-floating panel that houses the touch-screen infotainment system. It’s not the most comprehensive interface, in terms of the software and functionality. The graphics aren’t all that attractive either. But, again, this supports the act of driving. Essentially, the car is saying, ‘why are you spending time touching buttons when you should be driving me.’ 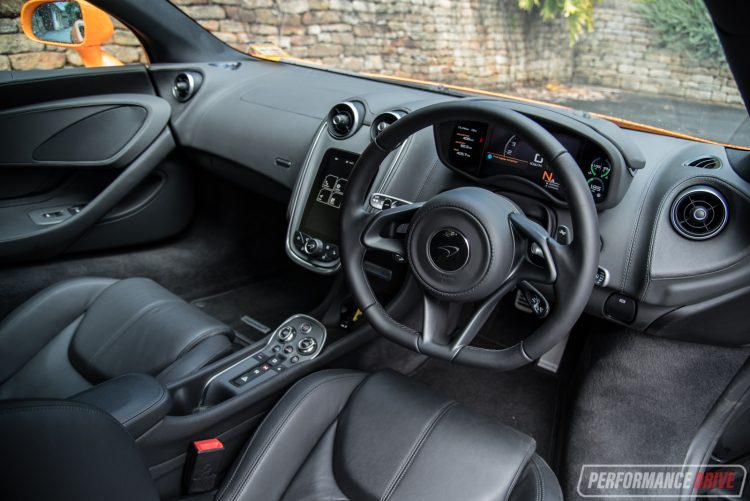 It comes packaged with advanced features including digital radio and whatnot, and you can play around with some in-built apps. The screen is also used to display the feed from the rear-view camera, which is handy as the rearward visibility isn’t terrific although not bad for a car that has its engine mounted at your shoulders. Speaking of visibility though, forward vision is superb thanks to a low-set windscreen and relatively thin A-pillars. It almost feels like you can see the front wheels when turned, like in a go-kart. You can use the tops of the curvaceous front wheel arches as a guide too, so it’s actually pretty easy to park.

Cabin space is free and open, with an almost non-existent centre console freeing up further room, and big, deep foot wells to accommodate the largest of individuals. Stupidly tall drivers might find it difficult to fully settle in, mainly due to the low roof which stands just 1.2 metres from the ground. A Toyota LandCruiser is almost twice as tall, so you kind of expect some limitations in that department.

Surprisingly, there is a decent storage cavity under the bonnet, offering 150 litres, and there’s a neat shelf behind the seats which could be used to stow your weekly shopping, if you like seeing flying objects pass through the cabin under braking. Overall though, you could use the 540C for a weekend getaway with no real issue in regards to taking luggage. Strangely, we did notice some signs of less-than-excellent craftsmanship around the cabin, with some of the A-pillar trim bubbling even though this test car only had around 500km on the clock. Some of the interior stitching seems a bit crude as well, and most materials are fairly mainstream (in standard spec). 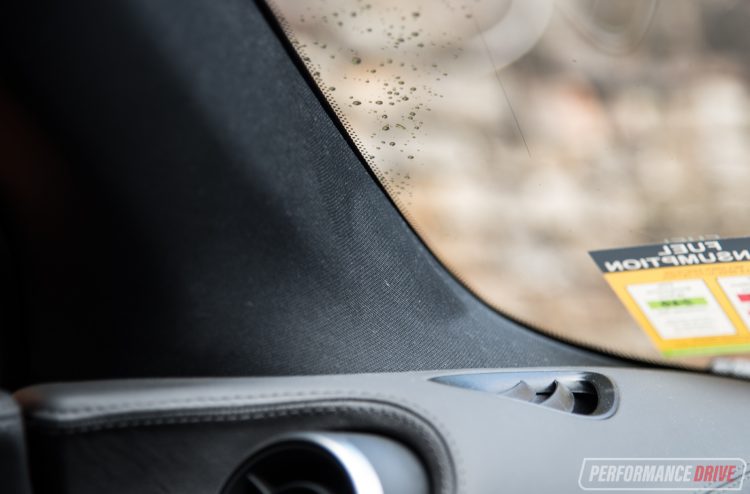 Firing up the 3.8-litre twin-turbo V8 is like starting a super sports bike. There’s a high-pitched whine as the starter motor does its thing, before the V8 abruptly bellows into life, at first idling high before settling to an eager burble. From the cabin, with the doors closed, it’s actually fairly quiet. There’s the general hum and vibration you’d expect from a highly-strung engine – that’s mounted to your back – but it doesn’t sound like it’s going to upset the neighbours every morning.

From the outside, it’s a different story. Check out our engine sound video below to see what we mean. The idle emits a certain deal of bass and rumble as it’s ready to rev, immediately, if needed. Tickle the throttle and the engine bursts, suddenly, returning to idle as quick as it jumped up. Using our usual decibel gauge we recorded an idle noise level of 62dB, which is high compared with a conventional car but about average for a V8.

Out on the road this sound experience is simulated. From the cabin it can be quieter than you might have expected. Around town the V8 merely purrs, sending little vibration or even indication that there’s a high-performance engine inside. You can take this as a bad thing or a good thing. On one hand, it’s not tiresome to drive around town, with engine noise blaring your eardrums at every moment. On the other, it doesn’t make a big deal about its presence, the engine, which is what you might want in a supercar.

This is all until you open up the throttle, wide. When you do this the cabin experience is very different. For starters the scenery outside quickly becomes blurred, and the acceleration is savagely abundant. The engine note transforms into an old F1-style soundtrack. The redline is 8500rpm, and at this tempo the engine and its flat-plane crank produce a roary, Honda VTEC-like noise. 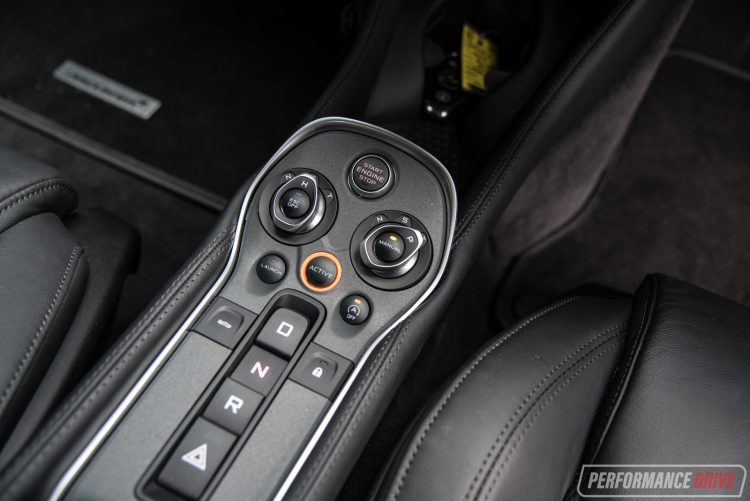 Peak power from the ‘M838T’ 3.8L is 397kW at 7500rpm , leaving 1000rpm of additional rev range for you to enjoy simply for the fun of it. Meanwhile peak torque is 540Nm, available from 3500rpm to 6500rpm. Bore size is 93mm, just like the Tom Walkinshaw Racing-developed Nissan VRH race engine that it’s loosely derived from, and the stroke is 69.9mm. This under-square design gives you some idea of its high-revving personality, while the twin MHI turbochargers provide a big wave of torque.

In a car weighing just 1405kg (tare), these specifications are a recipe for outrageous, unconstrained speed. The engine is paired with an Italian Graziano seven-speed dual-clutch automatic transmission with rear-wheel drive. Under full power, the drivetrain is super-direct, sending all of the engine’s power and torque to the 20- by 10-inch rear wheels. Even though the tyres measure 285 on the back, the powertrain has no trouble producing wheelspin under power in first and second gears.

You won’t be complaining there’s not enough performance on offer, despite being ‘just’ the 540C. We clocked a 0-100km/h time of 3.54 seconds, matching McLaren’s official claim of 3.5 seconds. The quarter mile comes up in just 11.4 seconds. Being a turbocharged engine, the top end is the most impressive element of acceleration. It just keeps soaring and soaring, with every gear.

There is some turbo-lag to manage, building the biggest chunk of forward g-force from about 3500rpm upward. If you demand full throttle from lower than this, don’t expect a huge amount of push-back in your seat. This is a supercar after all, and to reap the full benefits you do need to use those revs. Fortunately, the seven-speed transmission is very responsive, changing down gears the instant you pull the paddle.

In terms of handling, what can we say? It’s outstanding. The nose feels positively planted onto the tarmac, and the level of feedback coming through the steering makes it an organic, masterful piece of machinery. You can always rely on pin-point accuracy, and make fine adjustments as you hurl around corners. Add some throttle to the mix and you can enjoyably wrestle the somewhat twitchy yet extremely exciting oversteer capability on offer.

We’re glad McLaren offers an ‘entry-level’ supercar, even though that phrase is a bit of an oxymoron. It means more of the buying public can now enjoy what is still a genuine supercar. It also means the rest of us can look forward to seeing more of these wicked wonders out on the roads.