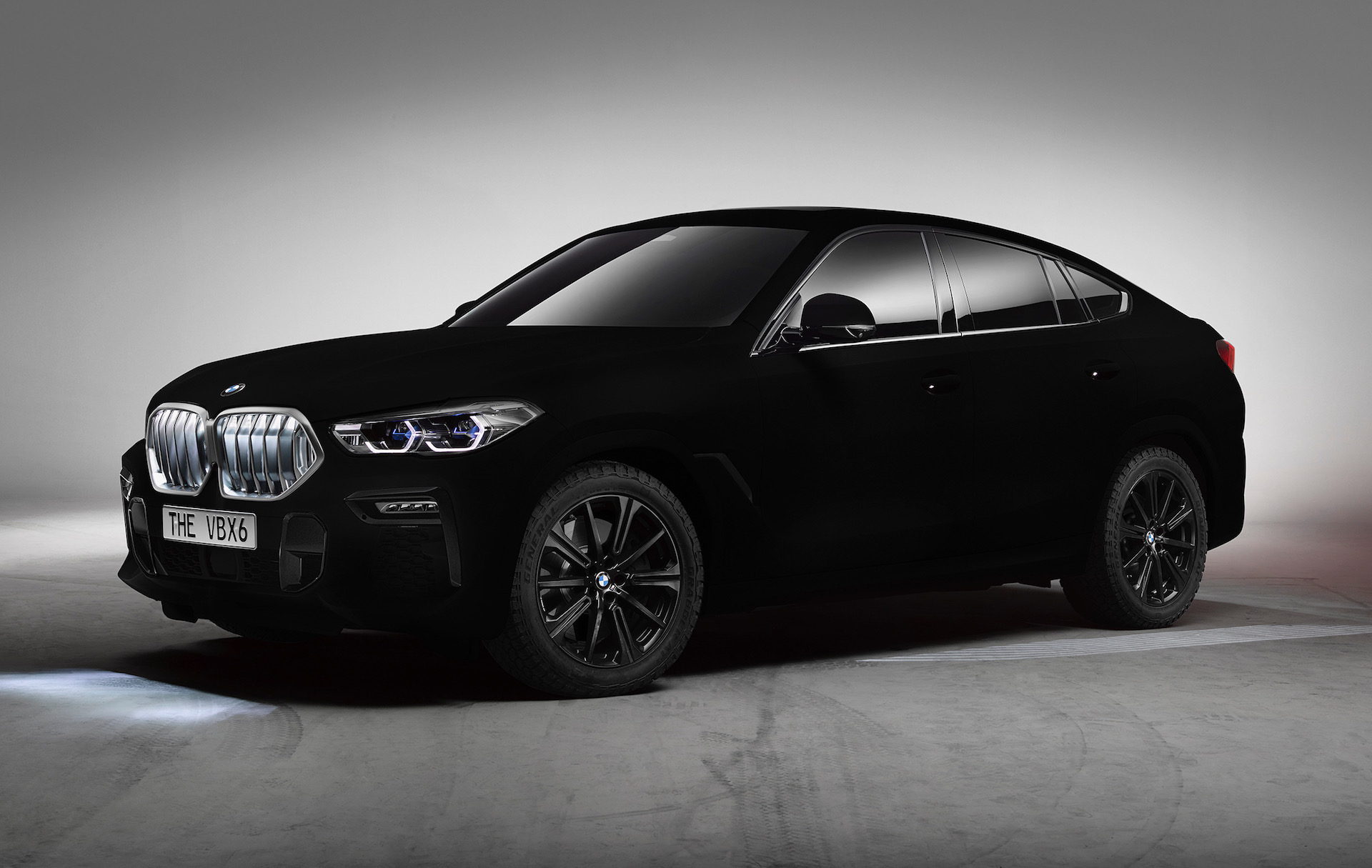 BMW has revealed the blackest of all black X6 SUVs, creating a one-off model featuring a high-tech Vantablack VBX2 nanostructure paint finish. Yes, we don’t know what that means either. 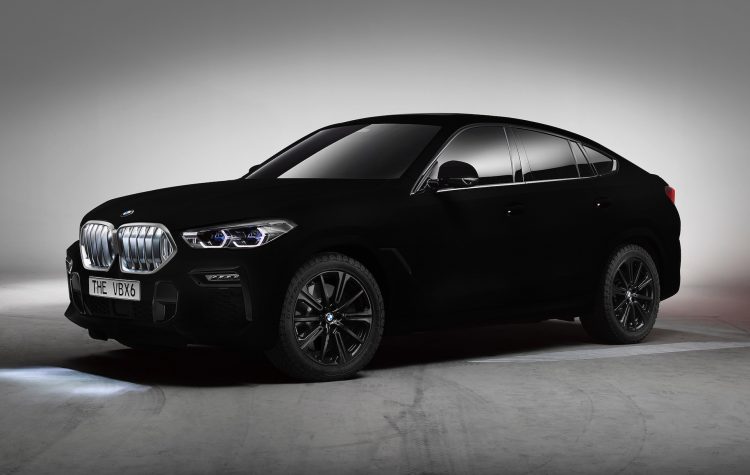 The SUV was created to help celebrate the debut of the all-new X6, which will be shown to the public for the first time at the Frankfurt motor show next week. The company says the special X6 is the only vehicle in the world to feature this unique coating.

BMW teamed up with Surrey NanoSystems for the project. Surrey NanoSystems is the inventor of the Vantablack technology, and says it has previously turned down numerous requests from car manufacturers. However, it wanted to entertain the idea with the new X6 because of its expressive design. So, what is the paint exactly? BMW explains:

“A surface coated in Vantablack loses its defining features to the human eye, with objects appearing two-dimensional. This can be interpreted by the brain as staring into a hole or even a void, making Vantablack a rather unsuitable vehicle paint finish, as it blots out virtually all the design details and highlights.” 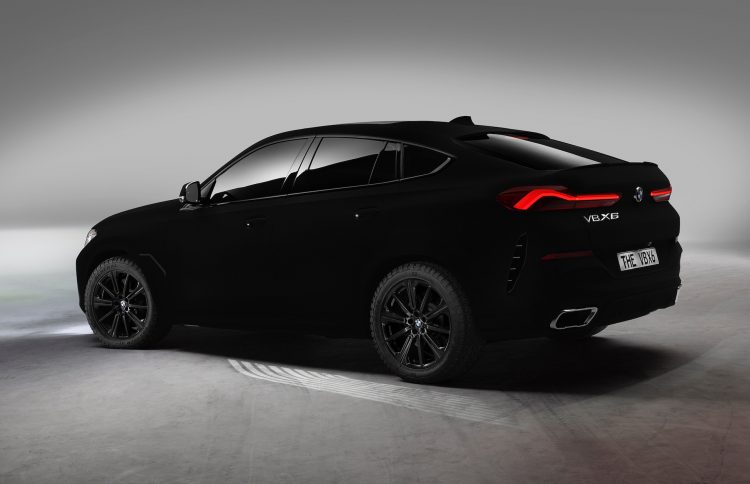 As you can see, the finish does indeed look two-dimensional, like a rendering. The coating has a one per cent total hemispherical reflectance (THR), which means there is a very small amount of reflection from every angle. The technology was originally developed for space components. Speaking about the car, BMW designer, Hussein Al Attar, said:

“I am very proud of how beautiful the new BMW X6 has turned out, including its bold and expressive surfaces. But the most remarkable evolution over the predecessor concerns its proportions. And that is precisely what Vantablack underscores, albeit in a rather unexpected fashion.”

The special X6 will be on display at the Frankfurt show, which opens to press on September 10 and then to the public from September 12.

More about the high-tech paint:

“It contains an acronym of the technology enabling this superior black in its first two syllables, which stand for Vertically Aligned Nano Tube Array, a matrix made out of carbon. Each of these carbon nanotubes has a length of 14 to 50 micrometres, with a diameter of 20 nanometres, making it around 5,000 times thinner than a human hair. As a result, around a billion of these vertically aligned carbon nanotubes fit into one square centimetre. Any light striking this surface is almost completely absorbed rather than reflected, and effectively converted into heat.”