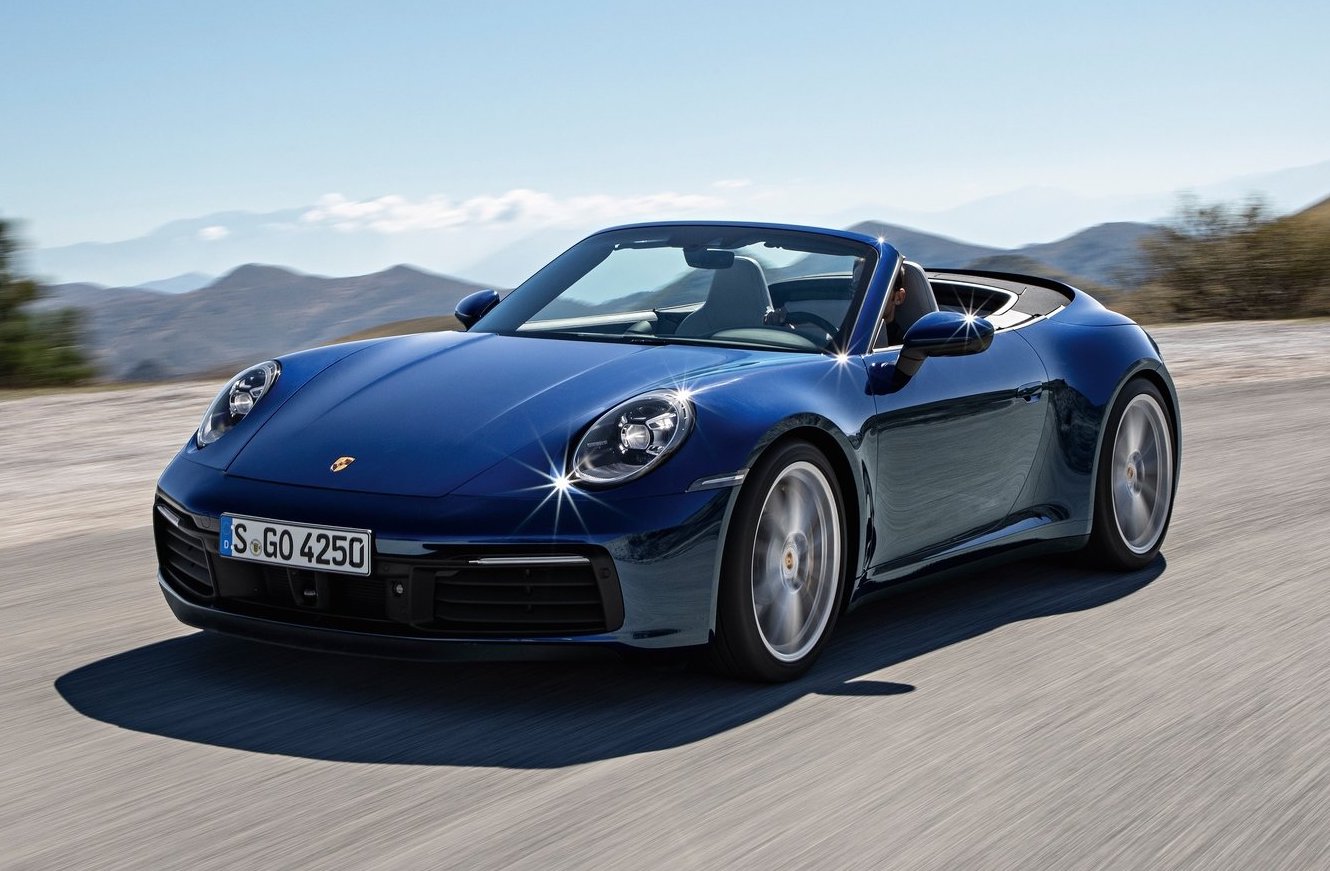 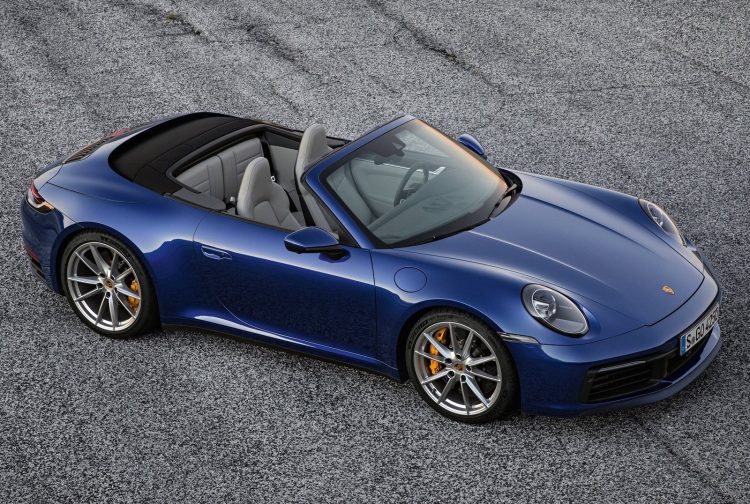 As with the coupe, the new cabrio uses staggered wheel sizes, with 20-inch items on the front and 21-inch units on the back. Improving the road stance, the front end is 45mm wider, while the rear-drive models adopt the same wide-body rear as the all-wheel drive models.

Going for the cabriolet obviously means you can flip back the roof when the weather is nice. The new model uses a fully automatic system with an integrated glass rear windscreen, and the soft-top material is held together with magnesium bows which are designed to prevent ballooning at high speed. 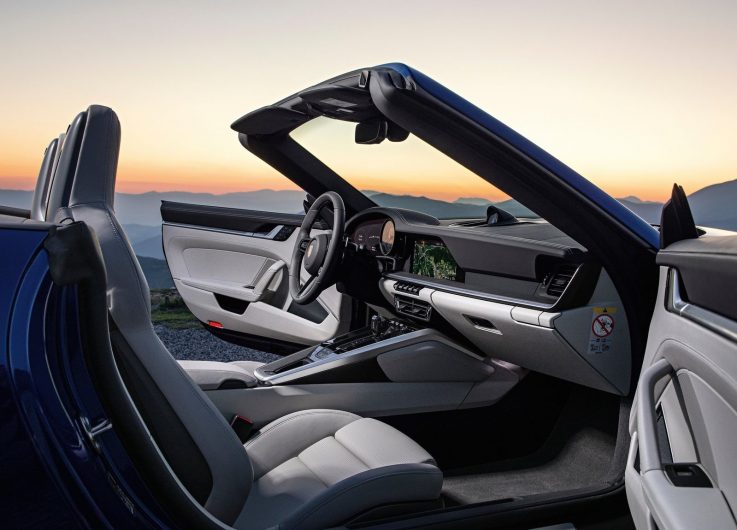 The roof can be opened or closed at speeds up to 50km/h, while some new hydraulics help to reduce the opening time to around 12 seconds. An electronic extendable wind deflector can be deployed when the roof is down to reduce wind in the cabin.

Thanks to new engine mounting positions the 2019 Porsche 911 Cabriolet is more torsionally rigid than the outgoing model. Further than that, Porsche is offering its Porsche Active Suspension Management (PASM) sport chassis for the first time on the cabrio. This includes stiffer and shorter springs, with stronger front and rear stabiliser bars. The car is also lowered by 10mm.

Inside, the 992 911 uses a 10.9-inch multimedia screen packing the latest apps, while the driver views a traditional centrally-mounted rev counter, with two thin, frameless digital displays either side for other driving information.

Porsche Australia says the new 911 Carrera S Cabriolet and Carrera 4S Cabriolet are scheduled to arrive locally in the second quarter of this year. Orders are now being taken, with prices starting from AU$286,500 and $302,600, respectively (excluding on-road costs).