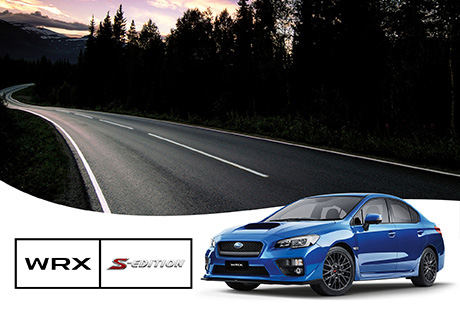 There is an assortment of STI parts, such as automatic and manual leather stitched gearknobs, strut brace, front spoiler and dark window tint.

The S-Edition can also be distinguished from its lesser siblings with special ‘S-Edition’ badging on the rear.

Powertrain remains unchanged compared with the standard WRX, which means 197kW and 350Nm from a 2.0-litre turbo flat-four engine. Gearboxes are either six-speed manual or Lineartronic CVT with eight artificial stepped gears and paddle shifters, driverting power through a symmetrical AWD system.

The current shape WRX is expected to continue for a couple more years before a replacement based on the same Subaru Global Architecture as the new Impreza surfaces around 2020 or so.

So far this year Subaru Australia has sold 638 examples of the WRX through March, which is down 27 per cent on 874 sold during the same three-month period last year.