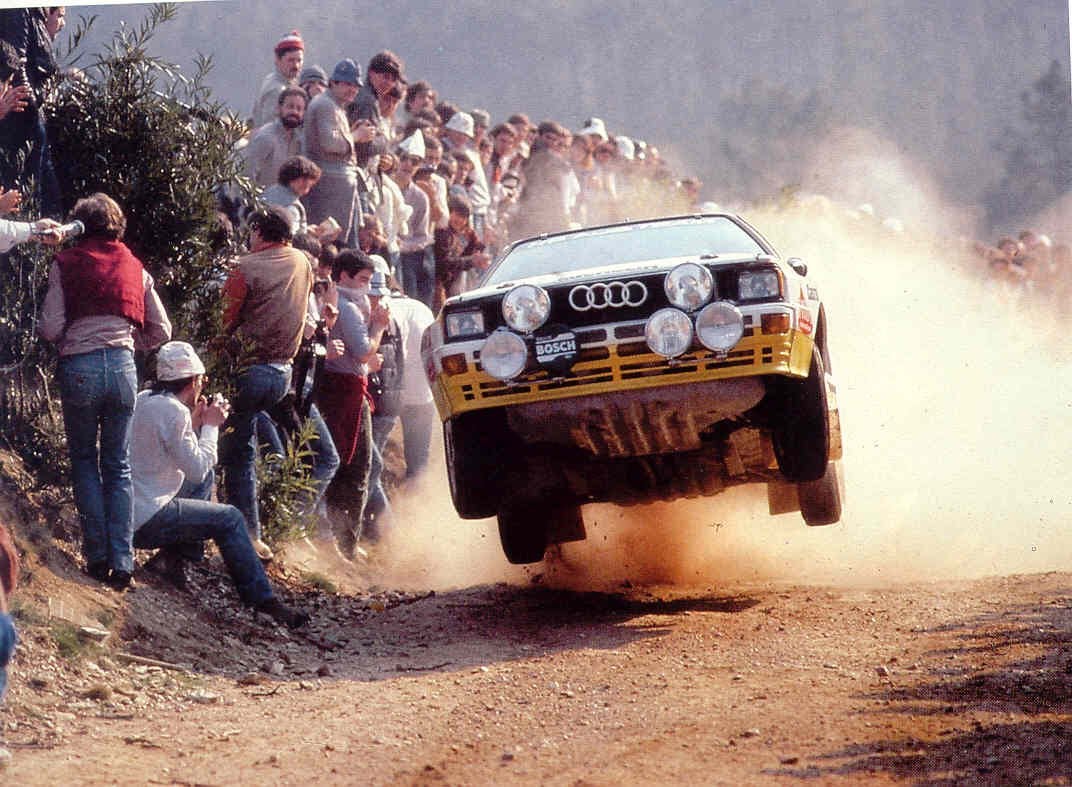 Rally has to be one of the most entertaining forms of motorsport there is. The level of concentration needed mixed with the death-defying, on-the-limit nature makes it so very special. We’ve handpicked, in no particular order, our top 10 best rally videos that will entertain your socks off. Don’t forget to tell us in the comments below which video is your favourite.

This video of Patrick Snijers at the 1988 Manx International Rally is the prefect clip if you want to see on-the-limit rallying. The screaming noise of the BMW E30 M3 flying down and around corners is enough to get any car enthusiast excited. Snijers actually went on to win the rally, finishing in front of Jimmy McRae (father of the late Colin McRae).

We’re all familiar with Ken Block’s work. And if you’re a keen rally enthusiast you would know of former Aussie WRC driver, Chris Atkinson. In this video the pair take turns at wringing the living daylights out of a 1978 Ford Escort Mk2. Hooliganism at its finest.

The first video Ken Block and his team produced blew people away. Not many of us had seen such cool stunts with an AWD car before. In the video Ken places the 2007 Subaru WRX STI within an inch of just about everything he passes.

Here’s a video of the late Colin McRae driving his Subaru Legacy RS in the twisty tarmac roads of Tour de Corse Rallye de France during the fifth round of the 1993 WRC season. There aren’t many sounds better than Colin McRae revving the absolute neck out of a Subaru boxer engine.

We think it’s fair to assume that the Audi Sport Quattro S1 from the Group B rally era is one of if not the best sounding rally car of all time. Still to this day the shriek of the turbocharged 2.1-litre inline five-cylinder makes the hairs on your arms stand up. The S1 had a reported 331kW of power in a regular tune – no wonder it was such a dominant force.

Tribute to Group B

We love this video for its slow motion shots. If there ever were a way to fully appreciate just how intense Group B rally was, watching it in slow motion would be right up there. The racing was intense, scary, and on the limit. Rest in peace, Group B.

This compilation shows some crazy moments of rallying during the 2017 WRC season, with a little bit of amateur European rally thrown in. Get ready for jumps, near misses, lots of sideways action, and all the turbo four-cylinder noise you can handle.

The award-winning Climb Dance film was created by Jean Louis Mourey. It captures Ari Vatanen in his Peugeot 405 T16 during the 1988 record-breaking run at the 1988 Pikes Peak hill climb event. You don’t even have to be a rally enthusiast to appreciate how special this short film is.

Here’s a video of Ruben Zeltner competing in the German Rally Championship back in 2014 in his Porsche 997 911 GT3 RS. The video shows the GT3 attacking a mixture of dirt and tarmac surfaces. Watch the video even just for the sweet noise the GT3 produces when in full attack mode.

If you want to know what it looks like from a rally driver’s seat, watch this. The speeds these very talented drivers reach on loose surfaces is mind blowing, to say the least. Be it on snow, sand, dirt, or mud, it appears no level of speed is off limit.