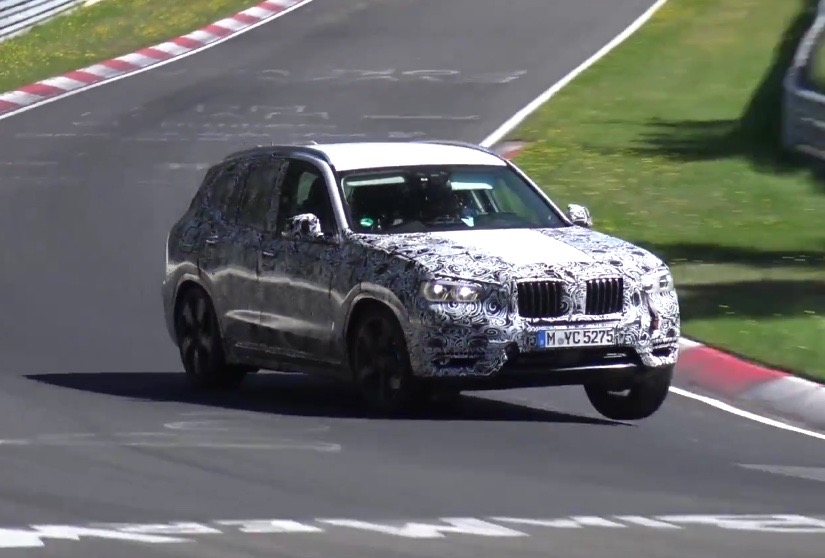 BMW has been spotted test driving an interesting prototype version of the next-gen, 2018 X3, known as the G01. And all signs suggest this could be the new M Performance variant.

The current-gen, F25 X3 has been on sale in basically the same form now since 2010 (with a facelift in 2014). It is one of the last BMW models to receive a major update. However, it is set to be the first SUV in the company’s lineup to be built on the new CLAR platform that debuted with the latest 7 Series.

With the new platform we can expect some decent weight savings. As we all know, shedding weight helps with everything, from handling agility to acceleration, braking, and most importantly, fuel economy.

There’s been no official confirmation on how much weight the new model will shed but industry speculation suggests around 100kg, depending on the variant. It might not seem like much but it is believed the new model will be larger, providing more interior space.

Taking a look at the prototype in the video below, provided by Gumbal YouTube channel, you can easily spot the large oval exhaust outlets, and if you’re quick with the pause button you also get a glimpse of some reasonably serious twin-piston front brakes.

According to reports the X3 could be offered in ‘M40i’ guise, sporting a 3.0-litre turbo-petrol straight-six engine producing around 265kW and 465Nm. There’s also been speculation of a full ‘M’ model coming with the M3/M4 engine, boosted to around 350kW.

Why? You might ask. Well, BMW doesn’t currently offer a performance package for the X3. At the moment the sportiest model is the X3 xDrive30d, featuring a 190kW/560Nm diesel engine. All of the main rivals are offered with more serious performance packages; Audi SQ5, Mercedes-Benz GLC 43 AMG, and the new 280kW Jaguar F-Pace S.

More information is expected to trickle out over the coming months, with a debut not likely to take place until next year. Market entry in Australia probably won’t take place until at least late-2017. Take a look below for a preview.