Mercedes-Benz tuner VATH has turned some attention to the awesome new Mercedes-Benz SLS AMG Roadster, and extracted a lot more power from it, and enhanced its visual impact. 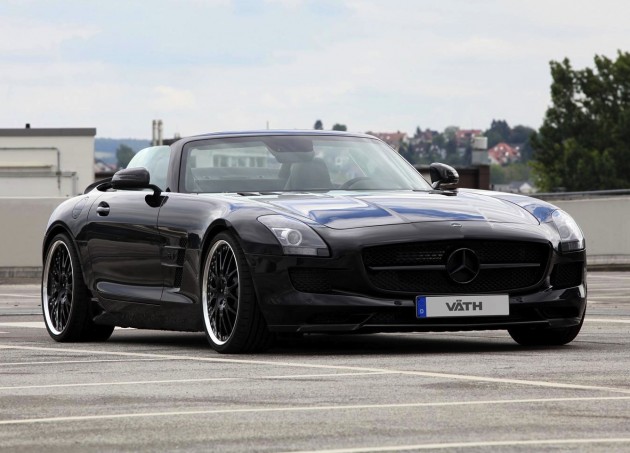 Starting with the engine. In standard form the SLS comes with a naturally aspirated 6.2-litre V8 engine producing 420kW and 650Nm. After VATH applies its engine computer tune and new air intake system, power is boosted to 515kW and 850Nm.

This huge amount of power allows the Roadster to sprint from 0-100km/h in just 3.6 seconds, down from the factory 3.8 seconds. Top speed is also extending from the factory limited 317km/h, out to 330km/h. 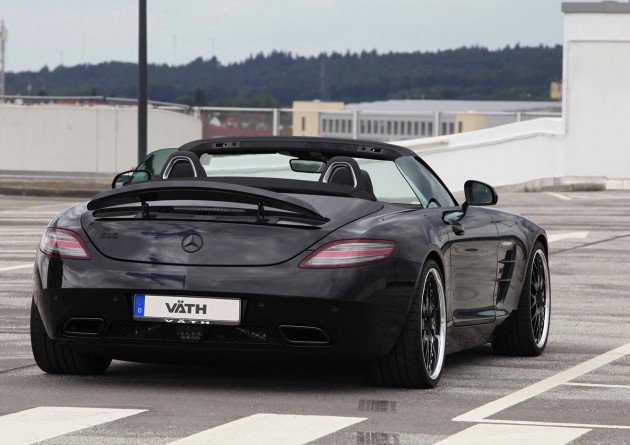 On the outside, the VATH Mercedes-Benz SLS AMG Roadster features a set of black 20-inch VATH alloy wheels, as well as a new front spoiler, matching side skirts, and a new carbon fibre spoiler at the back.

The interior is also customised with leather and carbon fibre, while a new sports steering wheel rests in front of the driver, ahead of a new 400km/h speedo cluster.

If there was ever such as thing as a stealth convertible, this would be it. It looks awesome and very menacing, especially in black, don’t you think?