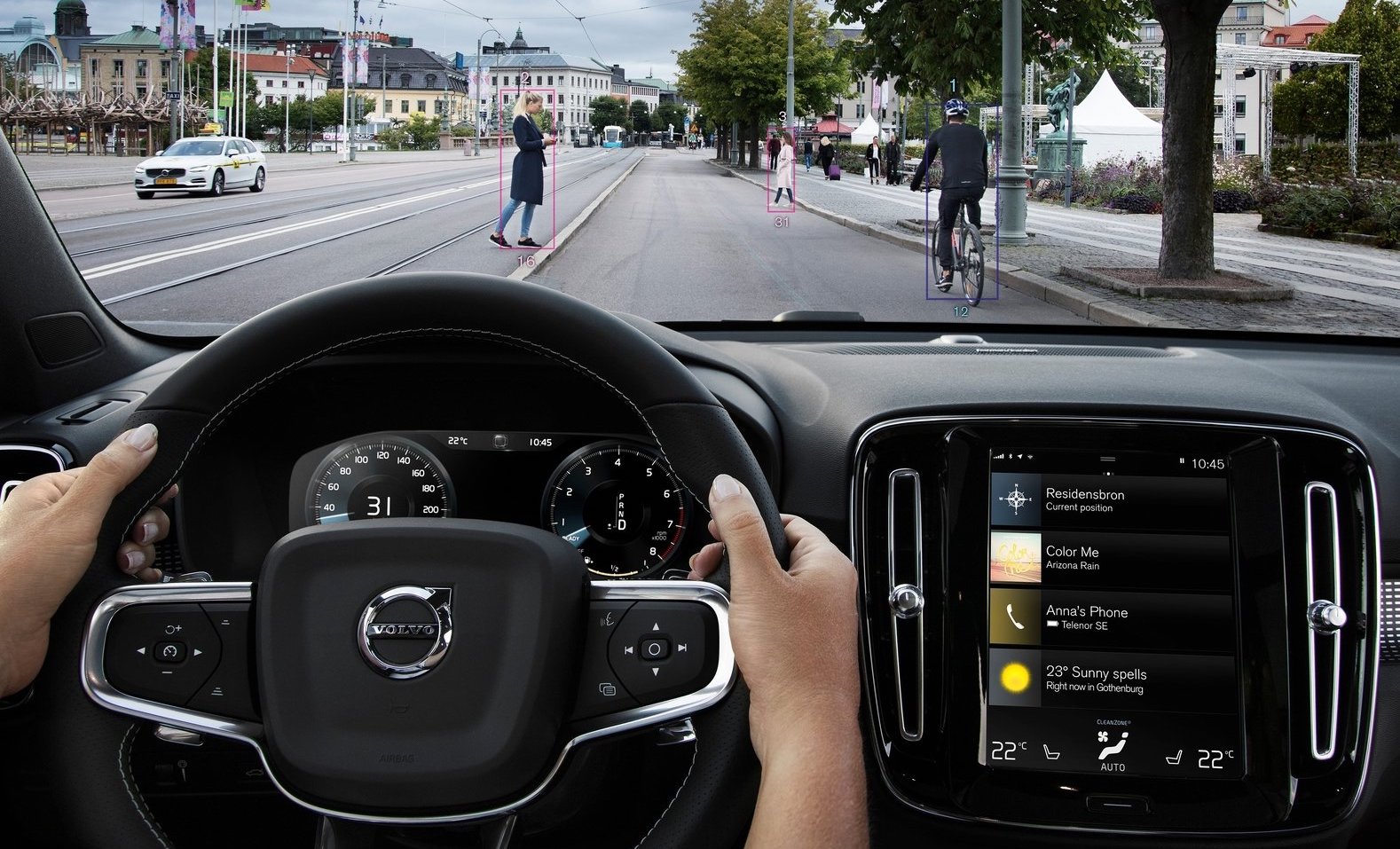 Results from the recent 2020 JD Power Tech Experience Index Study in the US have revealed which car manufacturers are doing best in the field of technology, and the brands that could need some improvement, from a user experience perspective. 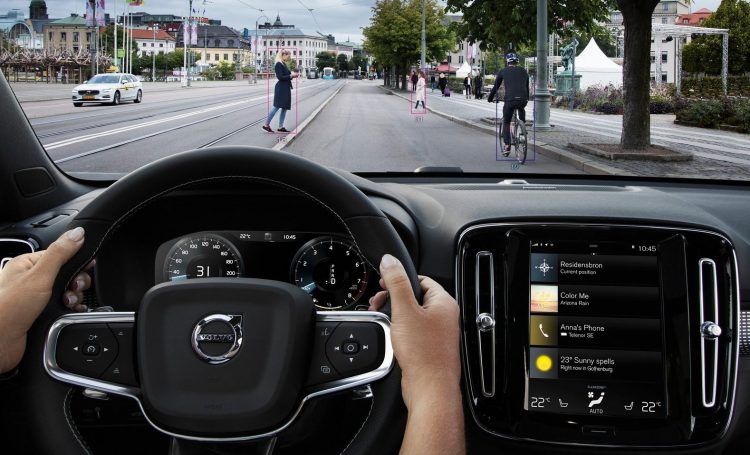 The study took responses from 82,527 motorists in relation to model year 2020 vehicles, during the first 90 days of ownership. The feedback was taken in from February through until May, and then the results were measured against a 1000-point scale.

This index blends the level of adoption of new technologies that a carmaker brings along with a rating of execution. The execution measurement looks at how owners enjoy the new technologies but also how many problems they experienced while using them.

Overall, the study found that users like technologies that provide an “extra set of eyes” to help when parking and driving. At the other end of the spectrum, gesture control systems were the least satisfying new technologies according to the study. 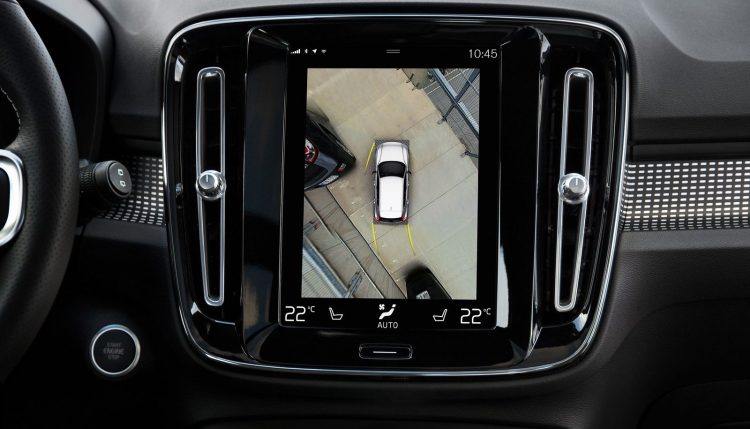 Interestingly, the study also found that many owners do not completely trust autonomous-like driving systems, such as adaptive cruise control with steering assistance. Some owners reported that such systems are relaxing and help to reduce stress, while most drivers consider them to be annoying or distracting.

“New technology continues to be a primary factor in the vehicle purchase decision. However, it’s critical for automakers to offer features that owners find intuitive and reliable. The user experience plays a major role in whether an owner will use the technology on a regular basis or abandon it and feel like they wasted their money.”

Of the car brands involved in the study, Volvo ranked the overall highest with a Tech Experience Index (TXI) of 617. This was followed by BMW with 583, and then Cadillac with 577. At the low end, MINI came in with the lowest score of 444, and then Porsche in second-last with 453, and Jeep with 486.

Tesla was involved in the study this time around and essentially received a score of 593, which would be enough for second place. However, Tesla does not give permission for JD Power to survey its vehicle owners in 15 states. Instead, the score was compiled from owners in the remaining 35 states in the country. 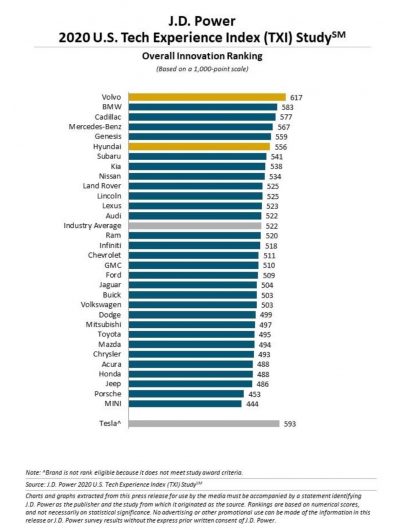