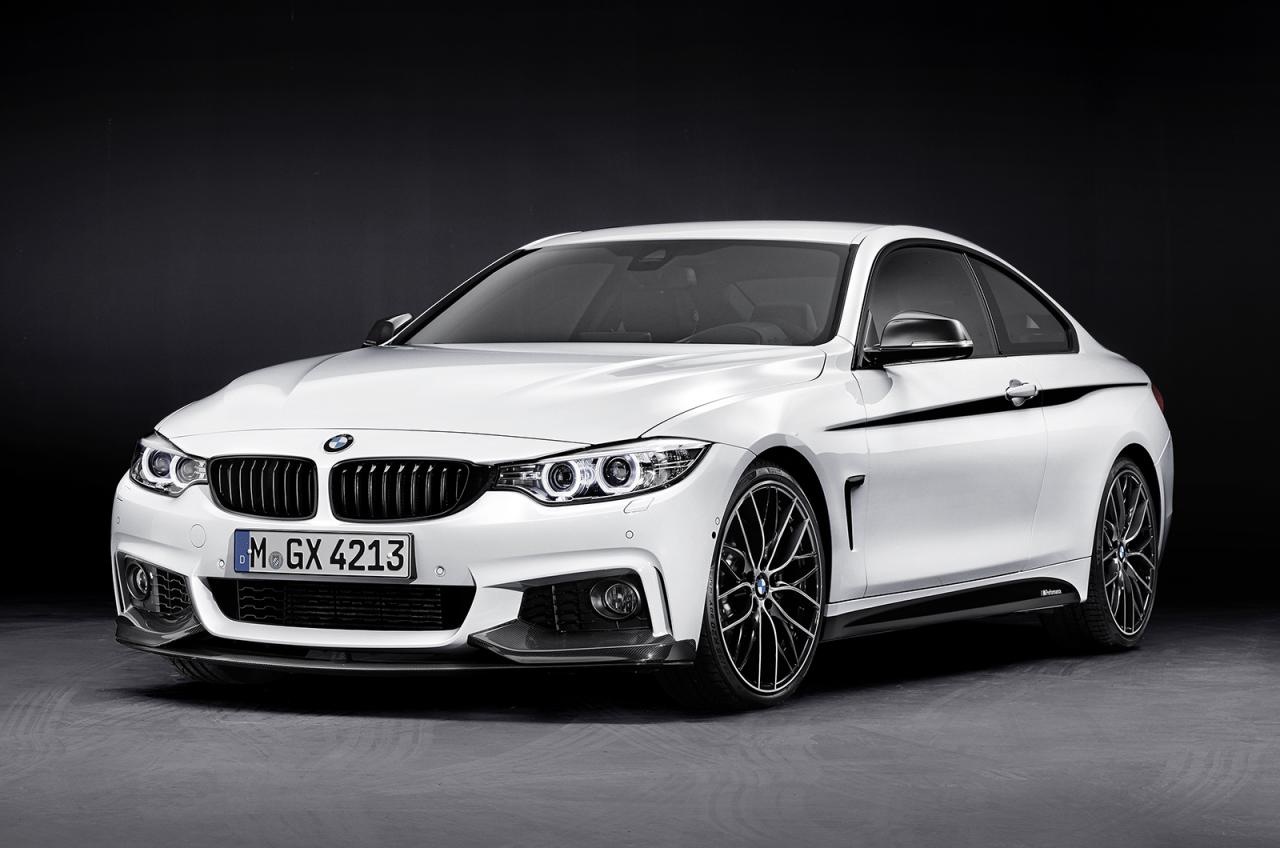 BMW has revealed the full M Performance package which will be available for the upcoming BMW 4 Series Coupe. With a distinct white and black theme, lots of carbon fibre, and some aggressive body extensions, it sure looks enticing. 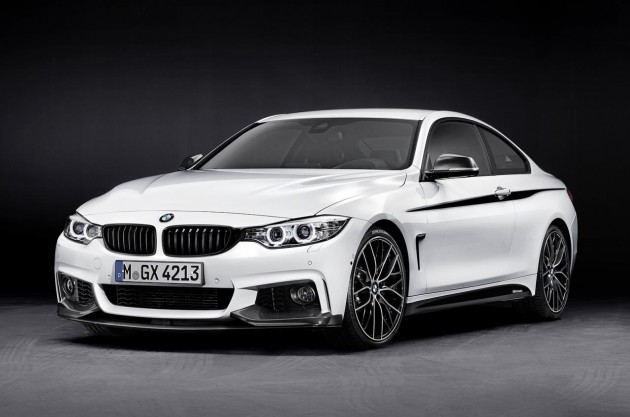 BMW M Performance is a new sub-brand of optional accessories which BMW introduced last year. The parts are available for a range of models, including the 3 Series. As a variation of the 3 Series parts, the 4 Series pack also comes with some extra power under the bonnet.

The power increases come thanks to engine computer revisions and a new, freer-flowing exhaust system. To increase overall driving performance, buyers will also be able to specify a mechanical-type limited-slip differential with 30 per cent locking capability. 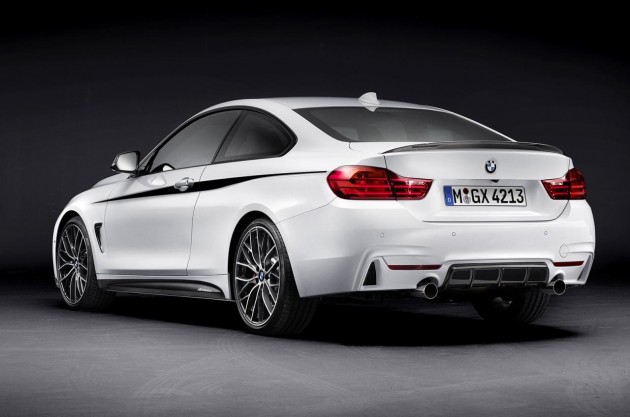 In other areas, M Performance accessories range from a new front bumper bar with its own air intakes and an aggressive spoiler, a rear diffuser, a carbon fibre rear lip spoiler, carbon side mirrors, and some matching side skirts.

For the interior, buyers will be able to option a sports steering wheel with F1-style shift lights, bespoke floor mats, a full carbon fibre trim with dash inserts, door trim accents, as well as sports pedals, a unique gear lever, and some M Performance badges.

The new 4 Series is set to go on sale during the first half of 2014. These options are likely to follow soon after, in some markets.

Head over to our BMW 118d M Performance review for details on accessories available in Australia for the 1 Series.