Audi has revealed the five-door version of the hot new S3. Called the 2013 Audi S3 Sportback, this is the variant that will go on sale in Australia, as opposed to the previously revealed three-door variant. 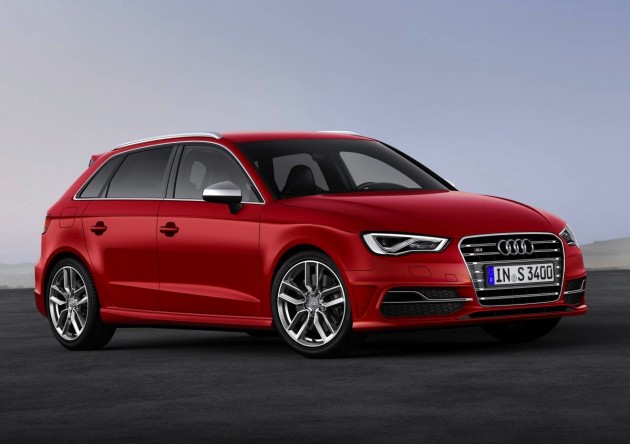 Sporting the same cracking 2.0-litre TFSI turbocharged four-cylinder as the three-door, the S3 Sportback produces 221kW of power and 380Nm of torque. The unit can be matched up to either a six-speed manual or a six-speed S tronic auto, sending power to a quattro all-wheel drive system.

Is it quick? You bet. In S tronic form the S3 Sportback can sprint from 0-100km/h in just 5.0 seconds, while it takes the manual version 5.5 seconds. The S tronic is also more fuel efficient than the manual, with a combined cycle economy rating of 6.9L/100km versus 7.0L/100km. 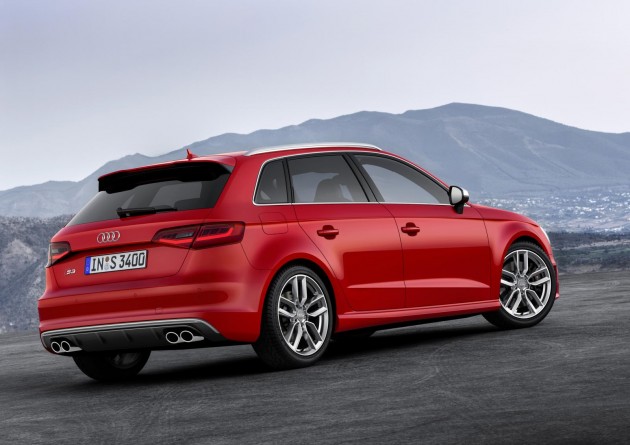 In other areas, the S3 Sportback receives all of the usual tasty items you would expect from an ‘S’ model Audi. There’s sports lowered (25mm) suspension with magnetic ride control, performance brakes, a sporty quad-outlet exhaust system, and a set of 18-inch alloy wheels.

Cosmetically, the S3 comes with a neat bodykit with front and rear spoilers, side skirts, and some silver highlighted trimmings and side mirrors. 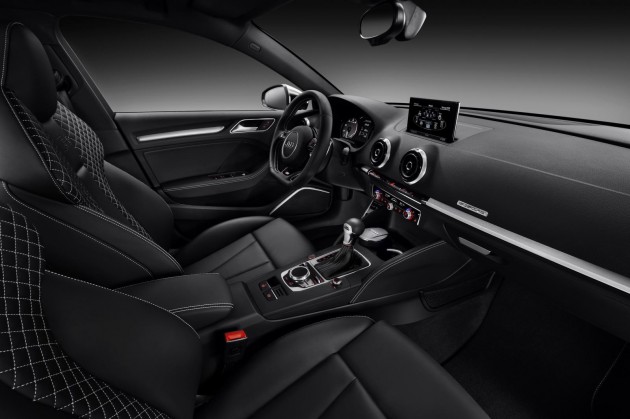 Inside is similarly styled, with heavily bolstered bucket seats, a cool flat-bottom three-spoke sports steering wheel, as well as plenty of silver highlights throughout.

The new model will arrive in Australian showrooms during the fourth quarter of this year. Prices and local specifications are yet to be announced.