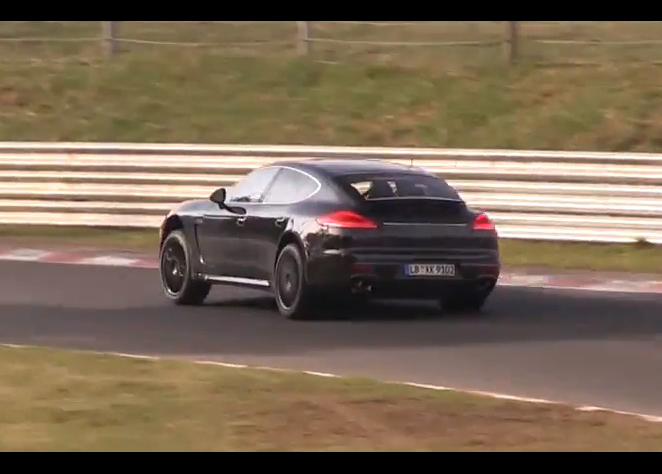 Porsche has been spotted test driving a prototype version of the next-gen Panamera at the Nurburgring. It’s believed the company is developing a range of new V6 and V8 engines for the next model, with this prototype potentially featuring the V6. 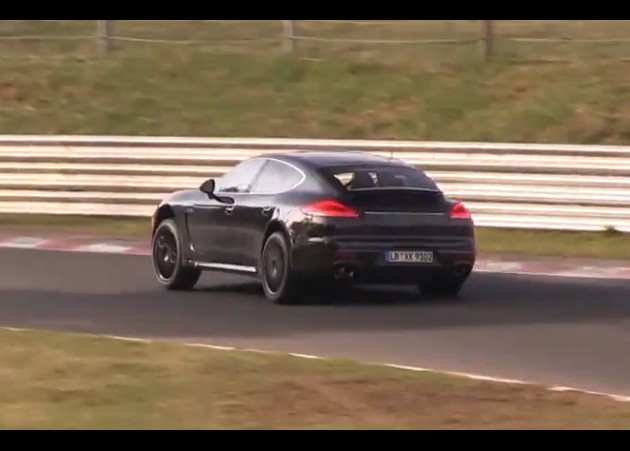 Even though the next-gen Porsche Panamera isn’t set to appear until around 2016, the company might be testing powertrains in advance. Thanks to TouriClips YouTube channel, we get a glimpse of what sounds like a V6.

Porsche is said to be working on a new 3.0-litre V6, probably derived from the one used in the recently-introduced Macan mid-size SUV. In the Macan the unit features twin-turbocharging and produces up to 250kW. Figures are likely to be lifted for the Panamera.

A fresh V8 is also said to be on the cards. In a move to reduce emissions and fuel consumption, the current 4.8-litre V8 is likely to be downsized to around 4.4 litres. With thanks to clever technology it is expected to offer more power and torque than the current 4.8, along with bringing better efficiency to the table.

To further boost performance and efficiency, Porsche will apparently cut around 90kg from the current model’s weight. Part of the weight reduction is set to come via the new Volkswagen Group MSB platform. The platform will be shared with other VW Group models such as upcoming Bentleys and potentially a Lamborghini four-door.

Porsche is yet to announce anything specific on the next-gen model. In the meantime, you can click play below for a preview of what to expect. The test driver seems to be really pushing it.